Cory Sipert opened Overboard Bar and Grill because, as a tourist from Toledo himself, he knew there was a dollar to be made. He is one of several business owners in Port Clinton who are concerned about a bridge project causing decreased traffic to his business.

"We're in that good zone, I'll call it, of traffic," said Sipert.

He says his first summer with the newly renovated bar hasn't been horrible, "but it's definitely a lot lower than it should be at this point," said Sipert. 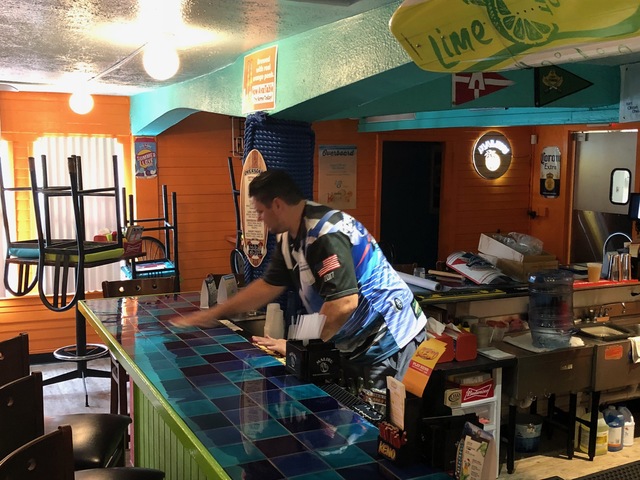 Cory Sipert cleans off the bar in Overboard Bar and Grill while closed on a Tuesday.

Just down the road, Ed Fitzgerald knows roughly how much money his two restaurants and two bars are not making.

"Hundreds and hundreds of thousands of dollars," said Fitzgerald. "It's very difficult." 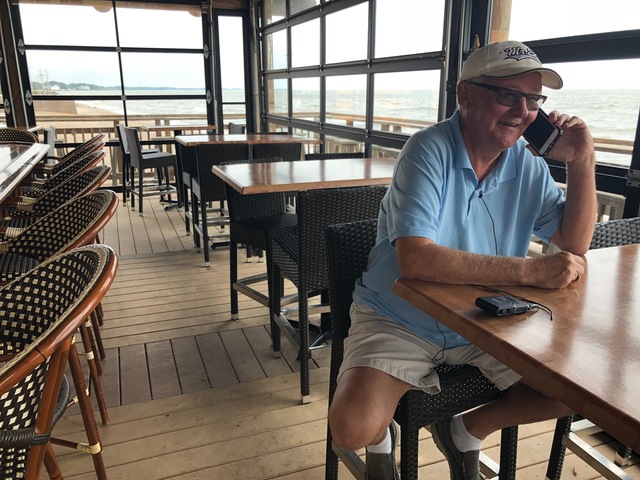 Ed Fitzgerald takes a call in front of Lake Erie at Dock's Beach House Restaurant. It's one of four businesses he owns in Port Clinton.

Ed and Cory both say the delayed $13 Million bridge project just down the road is killing the foot and vehicle traffic they normally see from tourists in the summer months.

What's normally a quick walk from one side of the vacation community to the other now takes 15 minutes and a car, meaning for some, it's keeping clients and their money away.

Ohio Department of Transportation District Two Project Manager Kyle Ruedel says the bridge needed a complete rehabilitation because it was built in the 1930's and it showed.

"Anything that wasn't concrete is brand new out there on the structure," said Ruedel.

The original plan was to finish the project by May 25, doing must of the work over the winter. That plan would have had the bridge open for the summer, where Port Clinton businesses say they make their money.

"We're doing everything we can to get this project done as soon as possible and get it done right," said Ruedel.

Ruedel blames the complicated mechanics for the delays since workers need to make sure it's done perfectly so they don't have to shut the bridge down again in a few years. If the work holds up, Ruedel says it'll be another 75 years before major work needs to be done again.

But in the bars up the road, that's not helping customers walk through the door.

Cory and Ed say even with the amount of money they're losing, they'll get through the summer. With two summer holidays impacted by the delays now, they say this is the kind of problem that could bankrupt other businesses.