For an opioid epidemic that's claimed thousands of lives, even the good news about there being more help available has its drawbacks.

"It's keeping us busy and there's plenty of demand for us to keep up with," said Recovery Resources' Associate Director for Integrated Care Steve Schreiber.

Ohio's biggest Medicaid provider says the amount of prescriptions for opioids is trending down while there are more options for opioid addiction treatment. Schreiber says making Narcan, the drug that helps reverse the effects of overdoses to save lives, has helped a lot.

"I think it's part of the right fix," said Schreiber. "I think increased prevention efforts are really important."

Those prevention efforts can take many forms. One coming to Northeast Ohio soon plays out on a stage.

Improbable Players actors try to reach adults and students by talking about addiction through performances.

Improbable Players has been performing in Boston for 34 years, talking to adults and students starting in 6th grade about the dangers of addiction and how to fight back.

That kind of reach out means treading lightly, balancing a serious topic with humor so the message can still get through. Snyder says students routinely come up after a performance and Question and Answer Session with their own stories about family members and friends. 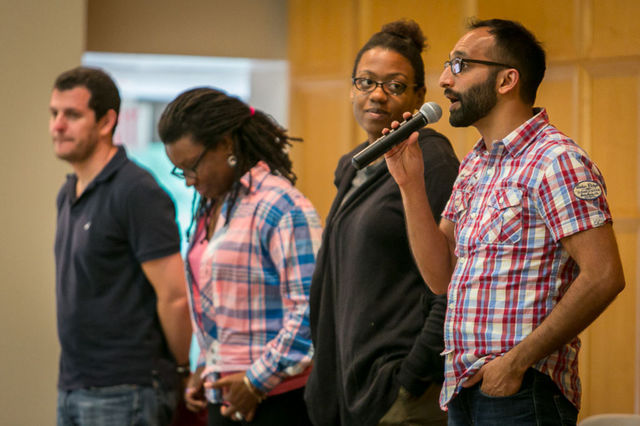 Performances are followed by Question and Answer sessions.

The goal is to make sure they know they can and need to reach out.

"[Students think] I either can't talk about it or I need to take it on myself,' and we let them know that's not possible," said Snyder.

Snyder says it's not just another school assembly, because every actor in the performance is battling addiction to drugs or alcohol, and is in recovery themselves.

"To me, we're not talking down to the kids," said Snyder. "We're saying, 'Hey, we've been through this and you're not alone and you can get help." 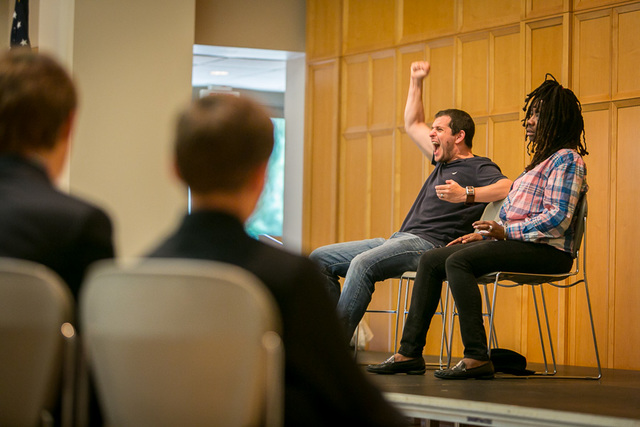 Improbable Players is planning on having a fundraiser in October, with performances from the Boston troupe in February.

You can find more information about Improbable Players here.