A chain link fence, boarded up doors and windows and a police officer keeps Steve Schuff just feet outside his old second-floor condo.

"I just get this feeling that every day that's passing, it's got to be getting worse," said Schuff. Steve Schuff looks shows News 5 his second-floor balcony, attached to the apartment he won't be able to get into for at least another week and a half.

A fire on Sept. 20 destroyed the condo buildings' third and top floor. Schuff was told his second floor and the first floor was less damaged.

On Sunday, Schuff even got a voicemail saying all the proper approvals were nearly in place to get condo owners like him back inside.

"So first and second-floor residents can get into their homes to assess the damage there," said the voicemail.

Schuff says there's plenty of passports, heirlooms and other personal information that no one has been able to get to in the 48 damaged units for two weeks. 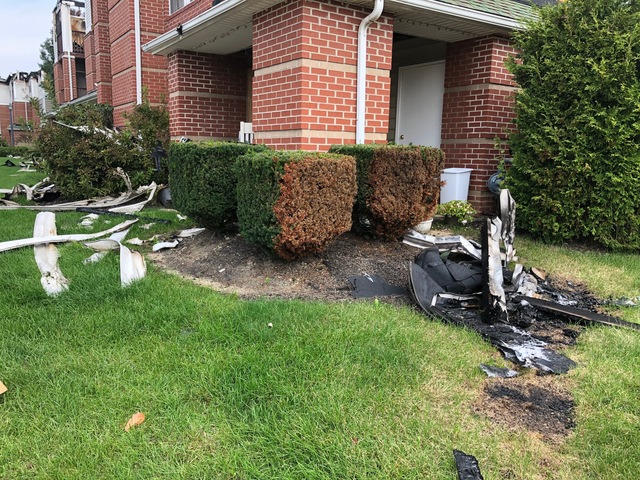 Debris lays outside the Chandler Lane Condo building before insurance companies can examine the damage.

"We thought, 'Oh great, we'll be able to get in and take a look at this and see what we have," said Schuff.

Then, without an explanation, the trip inside was delayed.

The condo's management, Carlyle Management Company, tells me it's because the insurance company, Berkshire Hathaway Guard, suddenly told Carlyle not to let anyone in yet. Carlyle says they'll continue communicating with their residents through mass emails and robocalls. Schuff says the fire on Sept. 21 started on the third floor towards the upper right-hand corner of the picture.

"I think that's evolved to this level of frustration that people are starting to get angry, and they just need to know how to proceed with their lives," said Schuff.

It wasn't until News 5 reached out to the state fire marshal that we were told the insurance companies will be at the condo on Friday, Oct. 12. That's when the companies will determine if the building is safe at all.

Schuff says that's new information to him and that not knowing what's next is only making a bad situation worse. 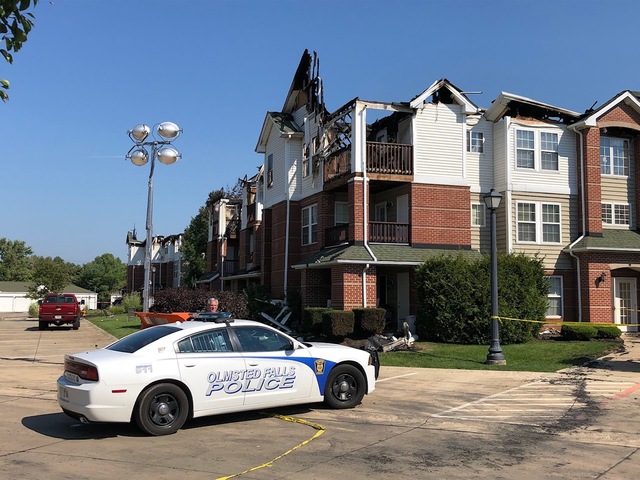 "There are certain people who aren't going to be able to salvage anything from the third floor, and they need to start putting their lives back together," said Schuff. "But that's all on hold."