Painful potholes popping up, ODOT "around the clock" crews trying to keep up for your commute 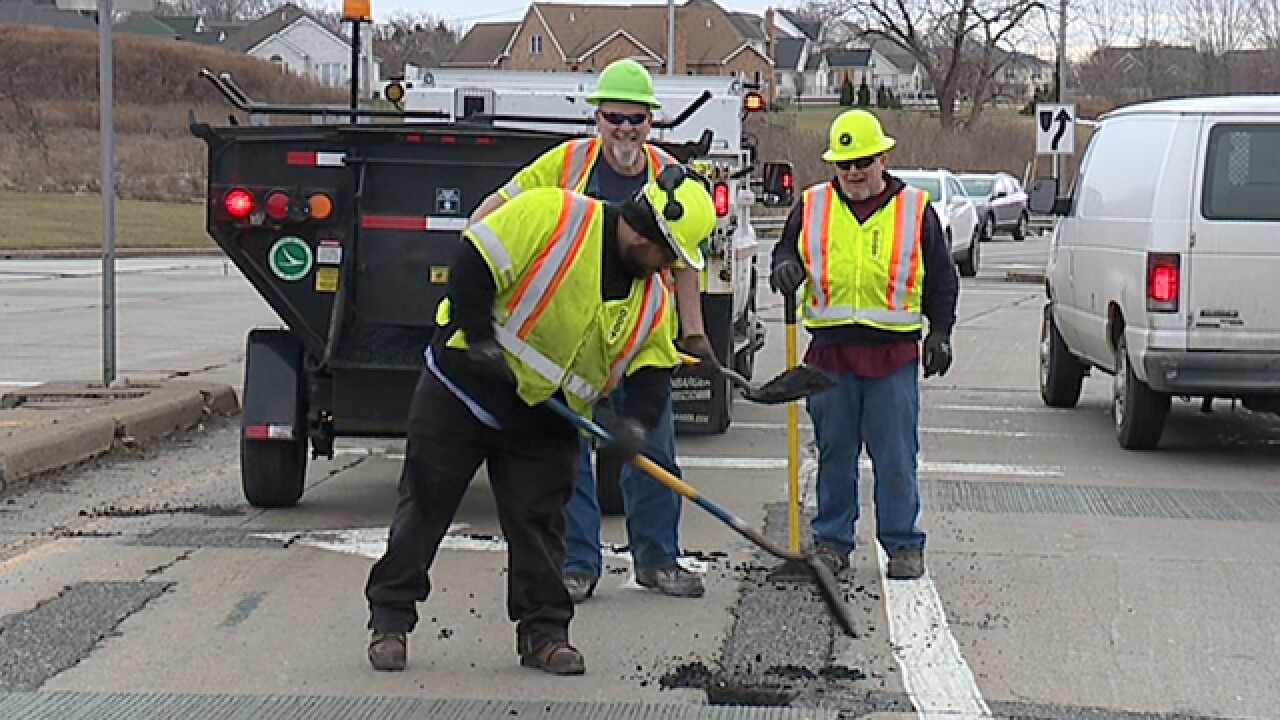 The freeze-thaw, wild weather we've been experiencing has taken a toll on area highways. That means plenty of painful potholes are popping up and ODOT said it has plans to attack the craters along your commute.

"It's very close to 3,000 lane miles," said Amanda McFarland who is ODOT’s District 12 Spokesperson. She was talking about just how many miles of road her district has to maintain.

“We are very busy,” she added.

McFarland told us crews are scheduled around the clock with shifts overlapping so when the snow plowing is on pause pothole filling fills their time. “Our crews have kind of been a little forewarned that they might get into more pothole filling after this next round of weather,” said McFarland. “So, overtime may not be spent in the snowplow, it may be time patching potholes as needed."

Whether ODOT workers are riding the roads looking for potholes or if they're up in the snowplows, McFarland said they're supposed to on the lookout for the head hitting holes.

“We're constantly out there checking our roads,” said McFarland. “Our transportation managers, part of their responsibilities are to patrol the roads and as they find locations that they need repaired, they can call them into their crews.”

But when they fail to find the cavernous craters, that's when you come into play. When you get that sinking feeling, don't hesitate to raise your phone and make a report. "What we do when we get them in my office, the public information office, we then call the transportation managers that are responsible for that corridor,” McFarland told us.

Now, if the ODOT guys miss some of the mangled mess and you end up harming your Honda, you might have recourse for reimbursement. "If you suffer some damage, what we do is we give you the information for the Ohio Court of Claims and you can file a claim through them," said McFarland.

REPORT A POTHOLE OR OTHER DAMAGE

Potholes are a common nuisance, particularly during the winter season when the freeze/thaw cycle helps weaken the pavement. Roadways with a high volume of traffic are particularly prone to pothole formation.

To phone or fax the Cleveland area District 12 ODOT Office: