Roads getting repaved are good for drivers, but bad for local businesses 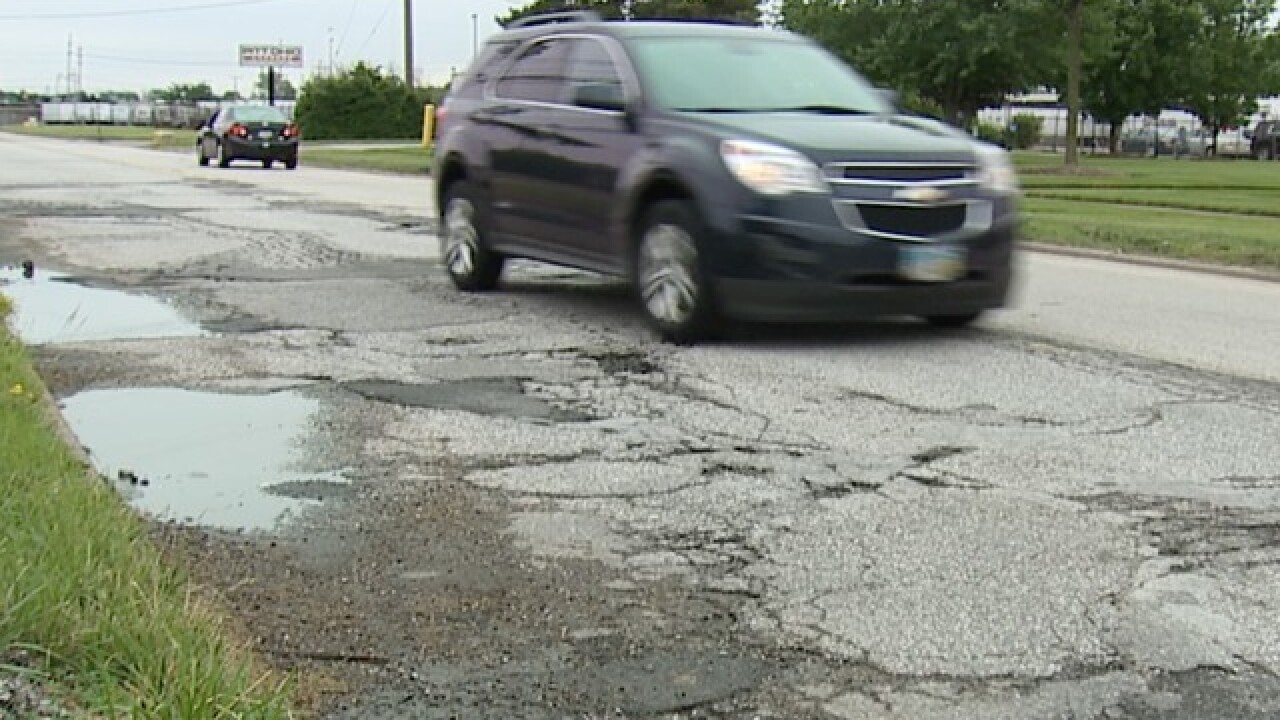 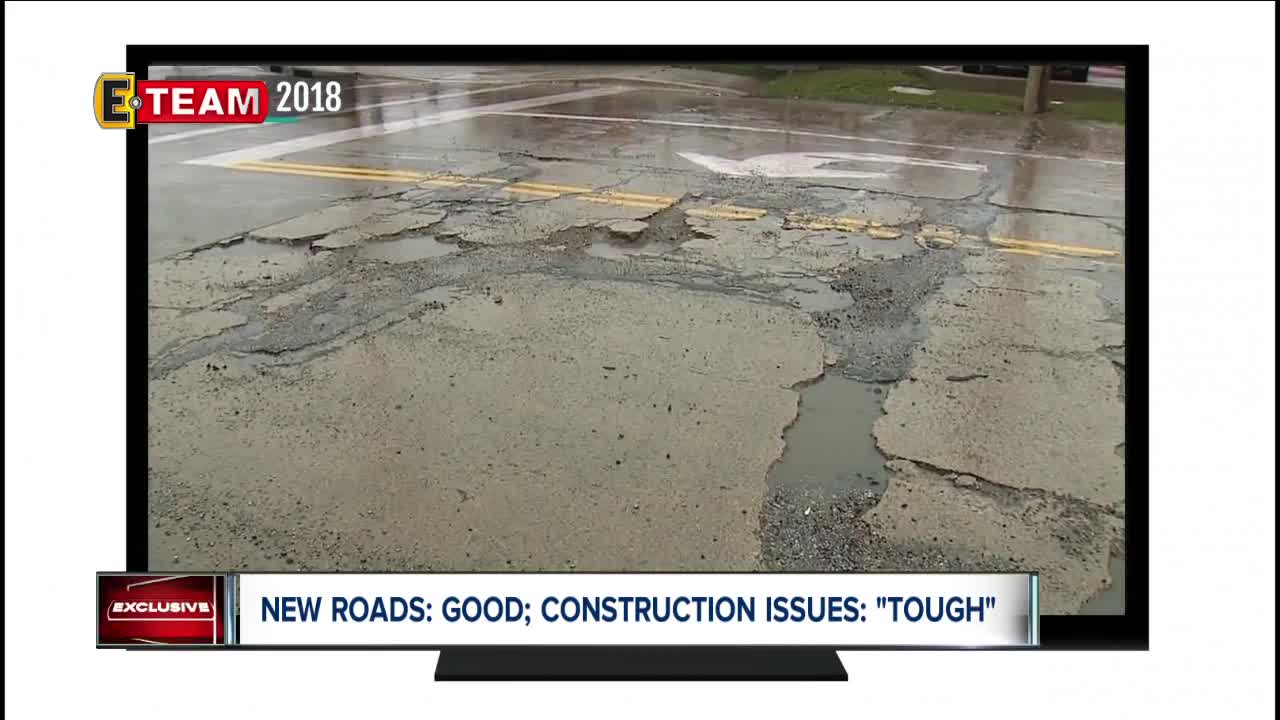 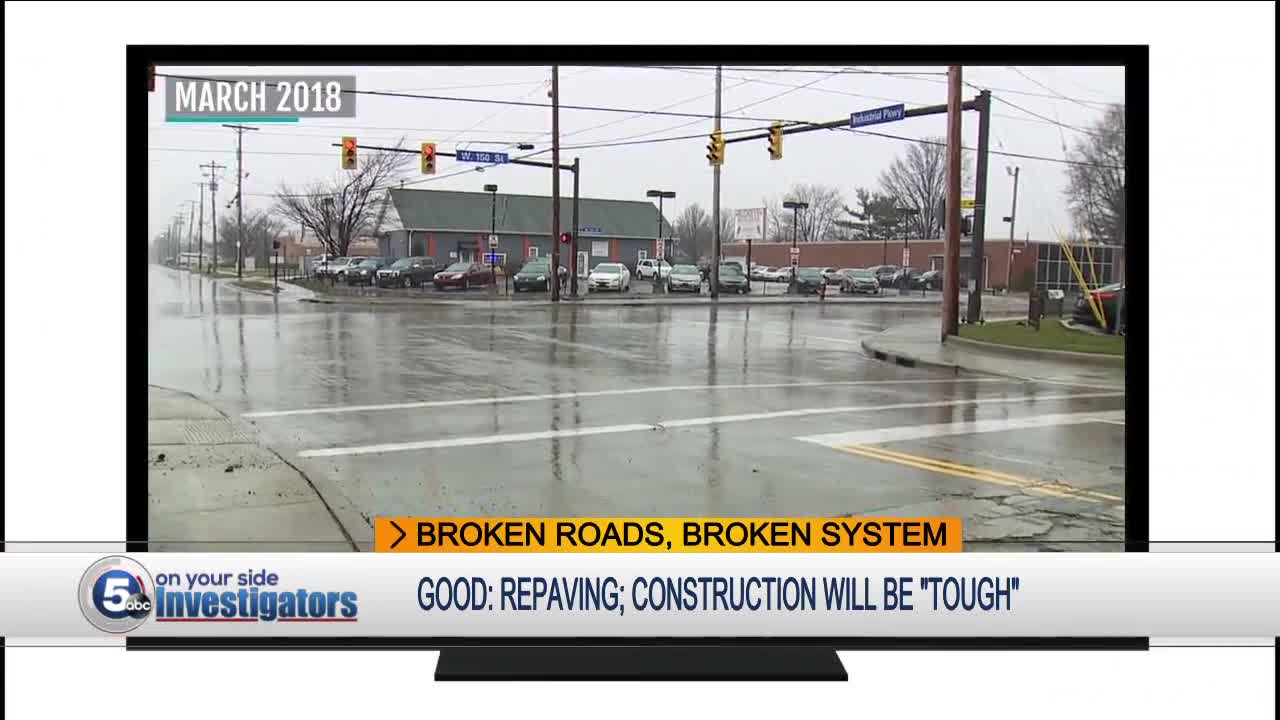 "Oh, it's been terrible for years," said Herman Gabel who works on Industrial Parkway at Applied Industrial Technologies. The ragged roads have roughed up their rides. "I mean so many people have lost tires, rims, damage to their cars."

Those who work along Industrial have said the painful potholes are definitely bad for business. In fact, Gabel said one of his vendors recently got rocked by one of the rim rattlers.

"Bent his rim and he had to get a new rim for his car,” Gabel explained.

Now, they're getting rim relief. It's something we told you about months ago and it's officially happening. Industrial Parkway, West 160th and Enterprise Avenue are all getting repaved. The first stretch starts Monday, June 25th.

Robert Goodwin who works in that area likes the idea.

"Great joy. Our cars are kind of beat up after driving on the parkway,” he said.

However, some don't like what it will take to get the project done. They point out that traffic is already bad on the roads.

"When the shifts let out, it's backed up a quarter-mile on either end," explained Gabel. Add construction to it, and look out.

Brian Kazy is the councilman for that area. He was at a scheduled meeting Wednesday talking with business leaders who will be impacted by the construction.

“I want it…to keep in the back of your mind that it's going to be tough for the next year while we go through this process," Kazy announced to the crowd.

"It will be one full year with businesses trying to carry on as normal. "If you see something that can go better while it's happening, don't hesitate to let us know,” Kazy added.

Meetings just like that one are trying to prep people for the challenges ahead.

But the thing is, you can't have one without the other. The roads are bad. You have to fix them. The fixing can create headaches, but that will be temporary until new roads are finally laid.

"It'll be a good thing for all the trucks and all the traffic to get in and out of here,” said Gabel.

There's another informational meeting happening Monday, June 25th
at 2:30 p.m. at RL Wurz located at 13320 Enterprise Ave. in Cleveland. City leaders will be talking to affected businesses along Enterprise Avenue.