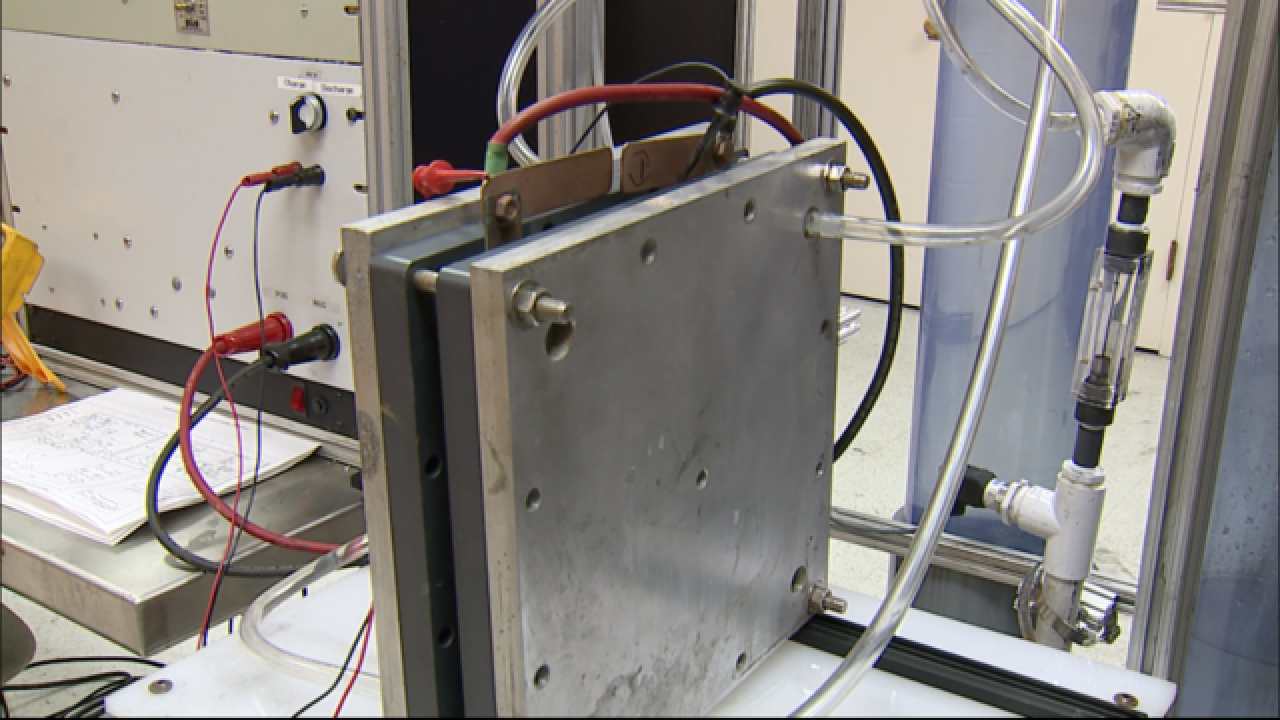 Federal funds that put Case Western Reserve University — and the City of Cleveland — on the renewable energy map could be cut overnight by the passage of an appropriations bill.

The bill provides appropriation to the Department of Defense for fiscal year 2018. It cancels federal funding for the U.S. Department of Energy’s Advanced Research Projects Agency – Energy (ARPA-E).

One project, the iron-flow battery, has the potential to hold and supply electricity to a home or an entire community — using cheap, plentiful and environmentally friendly materials.

“This would definitely be a game changer for renewable energy and utility power plants,” project leader Robert Savinell told News 5. Savinell is a professor of chemical engineering at CWRU.

The flow battery uses primarily iron, water and table salt and has the potential to light an entire suburban home using a battery that is the size of about two refrigerators.

“Projects like this are now in jeopardy,” Savinell explained.

Goodrich said that CWRU energy researchers have benefitted from nearly 10 million dollars in ARPA-E funding. The projects have attracted talent to Cleveland and boasted to the potential to become critical job engines.

“So this affects jobs, affect research and it affects our leading role in energy-related research,” he explained.

The bill saw its first reading in the Senate on Aug. 1.