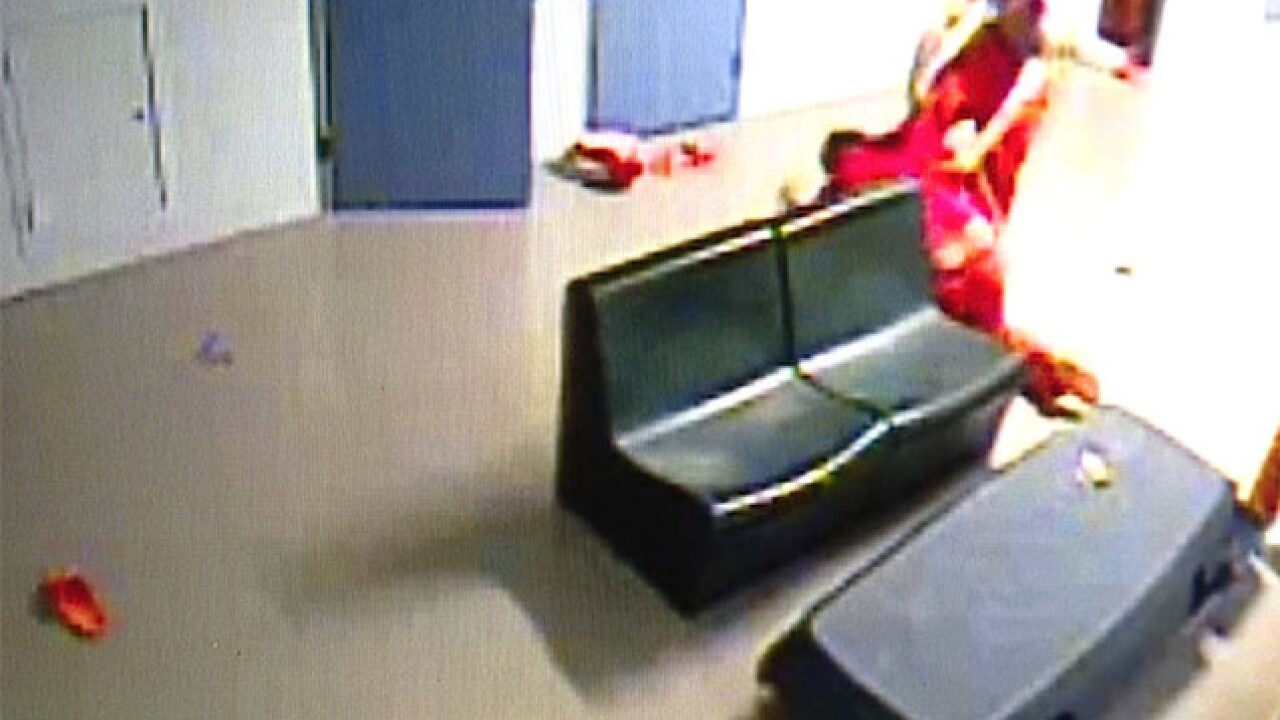 After a recent spike in inmate violence at the Ashtabula County Juvenile Detention Center, corrections officers are undergoing additional training in order to prevent further fights from escalating.

Police responded to a particularly violent fight at the facility on July 22. At least 5 juveniles were involved in a brawl, resisting efforts by corrections officers to stop it.

The fight resulted in additional charges against the offenders ranging from obstruction to assault.

“It really could have turned worse,” Kenny Mauro, Supervisor of the Ashtabula County Youth Detention Center, told News 5 as he reviewed the surveillance footage.

Mauro said the two corrections officers involved responded to the difficult situation in the best way possible, but the incident prompted renewed efforts for training.

“It’s a perfect time for us to have training when something like this happens,” explained Andrew Misiak, Court Administrator of the Ashtabula County Juvenile Court. “It’s still fresh in everyone’s mind.”

Misiak explained that a string of recent fights is due, in part, to the fact that they’ve recently had an older population of juveniles. The majority of the teens involved in the most recent brawl were 17 and 18 years old.

While they are nearly full grown adults, the JDC has different policies than a traditional adult prison. Corrections officers have a “no strike” policy.

“We’re not here to abuse them,” Mauro explained. “Some of the residents that we do get in here come from abusive families.”

Mauro demonstrated some of the techniques that are taught in Managing Youth Resistance training. Staff also focus on verbal commands. Staff members are now getting a refresher course.

Mauro and Misiak said that luckily none of the juveniles or staff members were seriously injured in the July 22 fight. The facility has not had an incident since then.