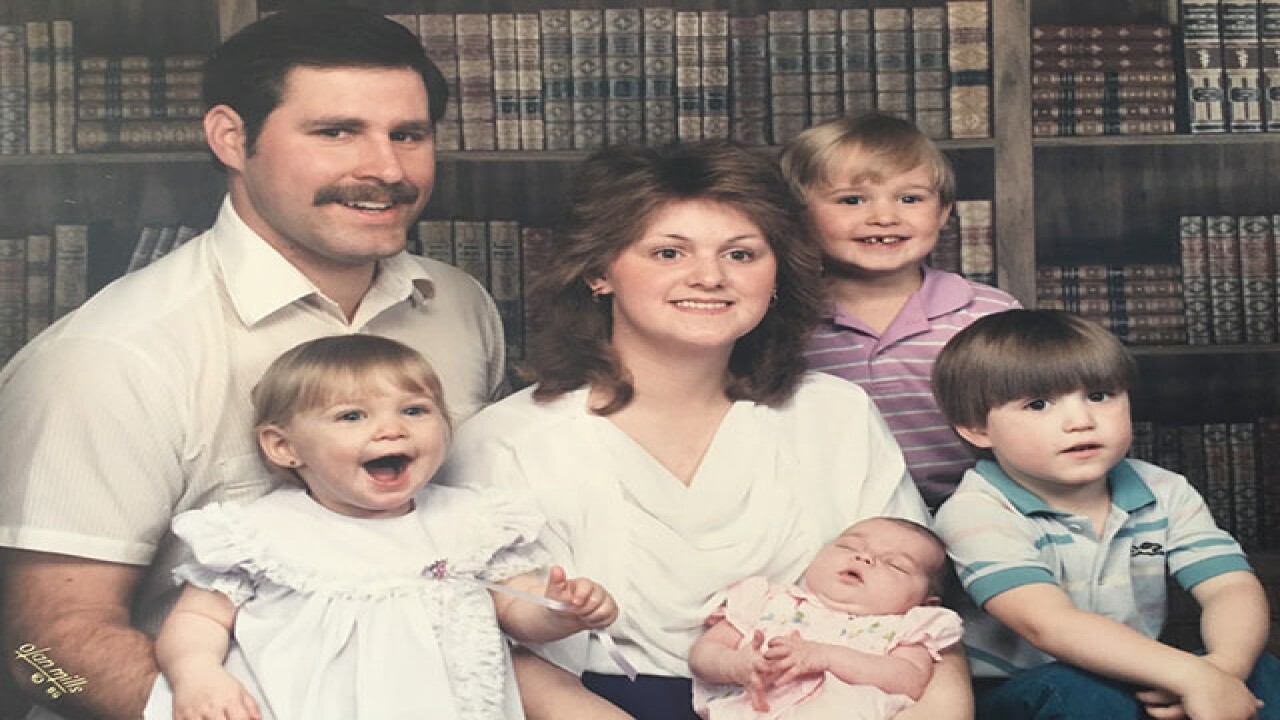 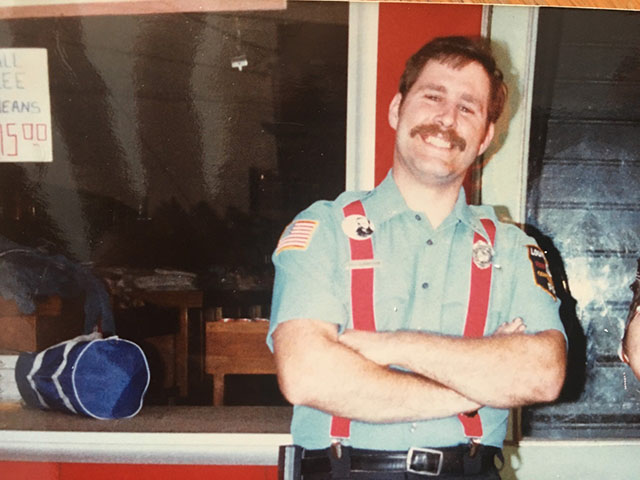 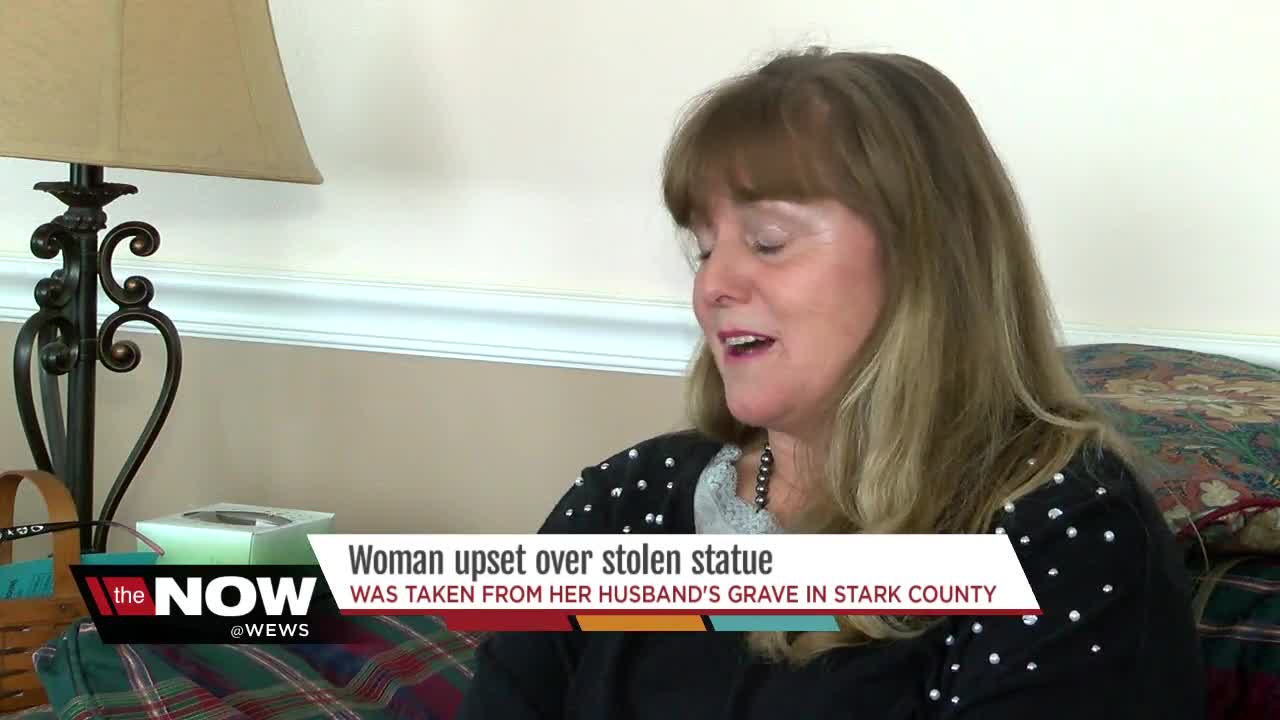 A loved one's death, made even more difficult, by the loss of an important memento. A headstone was taken from a grave in Stark County belonging to a local firefighter last month. His widow is now opening up about what it meant to her and her message to the thieves.

Less than a month ago, there was a statue about 2 feet high of a firefighter plated in gold, that stood right in front of Scott Hickinbotham’s grave site.

It’s the only place Hickinbotham’s widow, Barbara Hune, can go now to spend time with her late husband.

“At least once a week I drive out there,” she said.

A dedicated father and family man, the Louisville firefighter and factory worker married Hune at a very young age.

“He was four years older than me and he was the one that sort of helped me through things," Hune recalled.

Early in their marriage, Hickinbotham came down with a rare form of cancer.

“You're young — 24 — thinking that you have the future ahead of you and your husband and your kids growing up, you know it was very hard to imagine that something was going to happen," Hune said.

Hickinbotham passed away at 28, leaving Hune a widow and a single mother to four kids.

“You just have to just go on," she said. "I have my four kids, so I had to so even on bad days you still have to keep going for all of them."

Eventually, Hune would be remarried and divorced. But her heart still thirsted for her first love 30 years later.

“You never forget, you know,” she said as tears fell down her face.

When Hune went to decorate Hickinbotham's grave for Valentine's Day she noticed something was missing — the statute.

“Angry and upset, you know it's like how could somebody do something, taking a statue, a fireman's statue on my husband's grave or anybody's grave,” she said.

The statue sat at his grave for more than five years. The Stark County Sheriff's office said right now they have no leads for this kind of theft. They called it ‘rare.’

“It is just so wrong and terrible," Hune said.

She's trying to move on and has even received help from a Canton judge who offered to help her replace the statue.

“Those people who are stealing, hopefully someday when they have a loved one that has passed and they go to the cemetery, maybe they will think more about it," Hune said.