Mamie Gilchrist's garage won't be blocking much of anything from the winter snow without a lot of help over the next few weeks and months.

In June, a tree fell from the vacant lot next door that county records show belongs to the City Reutilization Program. The tree covered much of Gilchrist's backyard and destroyed the detached garage a few feet behind the house. 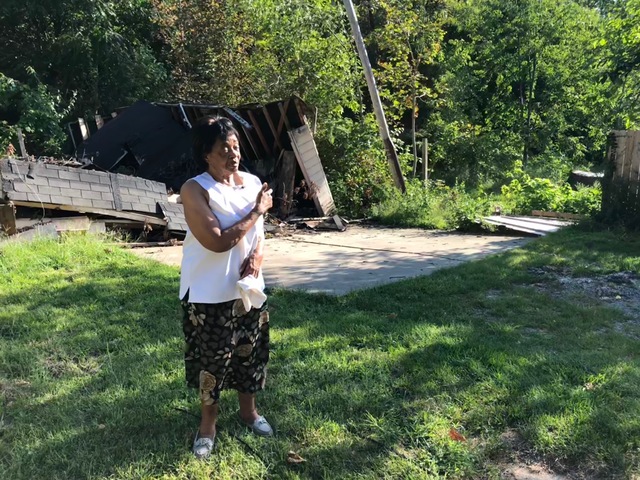 Mamie Gilchrist points to the stump where a tree once stood on a vacant city lot. That tree crushed the garage behind her when it fell in June.

She was hoping the claim she filed a few days later would cover the cost of fixing or removing the garage, until the city's response showed up in her mailbox the last week of August. 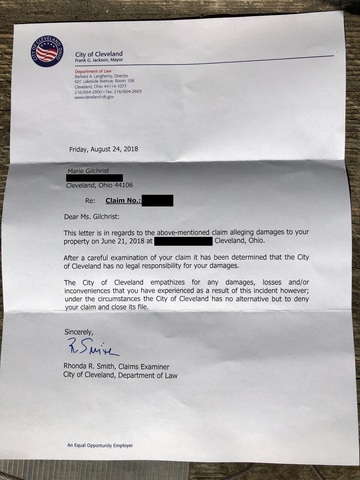 Case Western Reserve University Law School Professor Tim Duff says it might seem like a simple case to an outside observer, but it's not.

"I think the neighbor has an uphill battle here," said Duff.

Duff says there are two basic principles to consider:

"Very very generally, property owners are not liable for the natural conditions of their property," said Duff.

On the first point, Duff says if a property owner didn't have a reason to think the tree would fall over, they're not on the hook for the damage it causes.

A broken piece of equipment in what remains of Gilchrist's garage, with parts of the tree that destroyed it still on top.

On the second point, a Reutilization Program is considered a government function, meaning the state code gives the City of Cleveland immunity in a case like this.

"Sometimes when you draw lines like that, there are cases that are difficult cases," said Duff.

Gilchrist's last sliver of hope might lie in the Moral Claims Commission. It's a body that meets a few times a year and Duff says it seems to have the ability to pay claims even when the city has immunity. 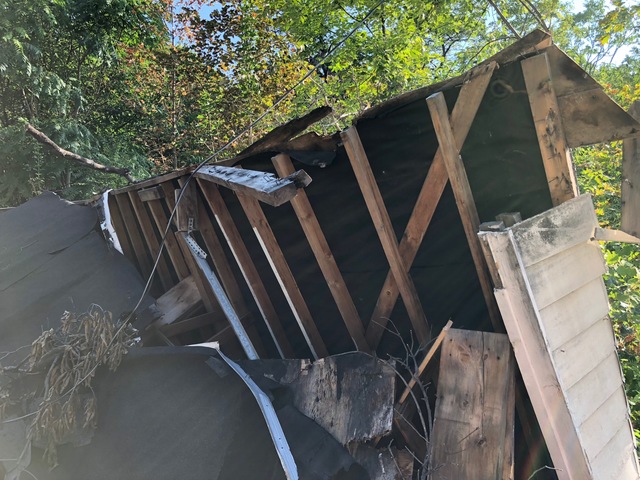 Gilchrist tells News 5 the garage was where her neighbors kept bikes and she parked her car during the winter months.

"It may well be a form of safety valve for the real practical problems created by immunity," said Duff.

A city spokesperson tells News 5 the city is trying to find a better solution, but so far, we don't know what that solution might be.