'It's the wild west': Busy and often dangerous Cleveland intersection overdue for improvements

You don't have to sit on the corner of West 25th Street and Clark Avenue long to see it's busy, and often times, dangerous.

You don't have to sit on the corner of West 25th Street and Clark Avenue long to see it's busy, and often times, dangerous. Between the strokes of their brushes, artists John Rivera-Resto and Jan Saunders brave what they call one of the worst places to paint. 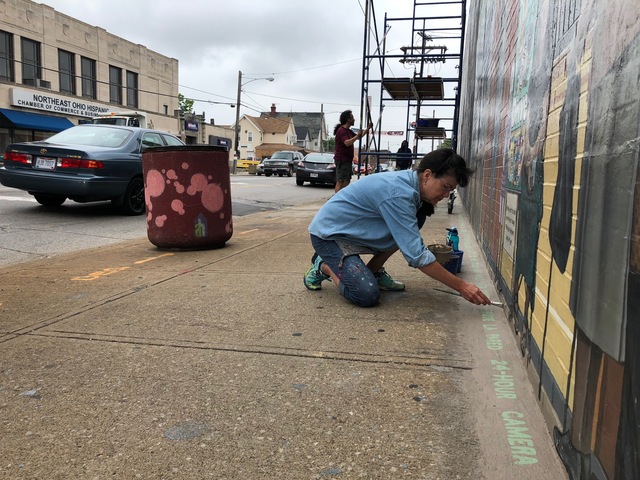 Jan Saunders paints while traffic moves along Clark Avenue behind her. Jan says the concrete trash can offers an extra layer of protection from the busy traffic and close calls in the roadway.

"It's very loud," said Saunders. "It's a very busy corner, no question about that."

"People try to jackknife around corners," said Rivera-Resto. "Twice, we almost got hit on the scaffolding." 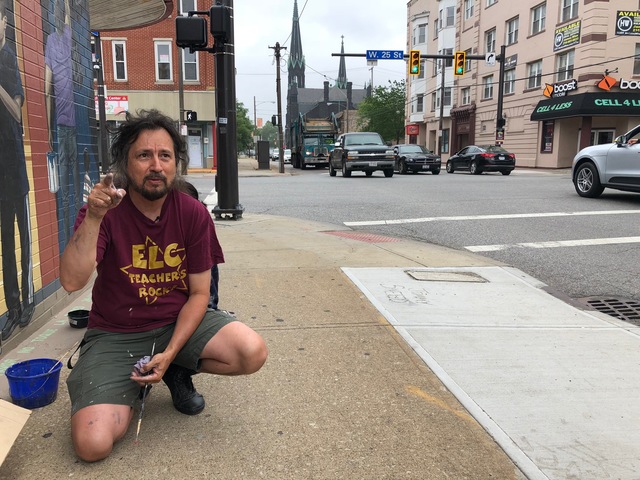 John Rivera-Resto points to the scaffolding off-camera where he says artists have nearly been hit by cars while working on the mural.

In early June, a 13-year-old boy was in serious condition after being hit by a car. In just 20 minutes on the corner a few days later, we found a cargo truck stuck in the intersection, forcing traffic to back up to let him through. A few minutes later, a boy on a bicycle popped a wheelie through the middle of traffic. 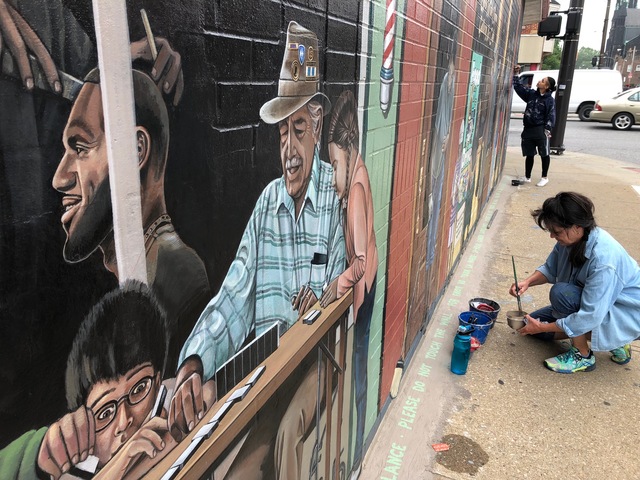 Jan Saunders works in front of a depiction of LeBron James getting a haircut along Clark Avenue.

"When it gets busy here, it is the wild west, it really is," said Rivera-Resto.

John Rivera-Resto works on his mural while a FedEx truck struggles to turn from West 25th Street on to Clark Avenue.

There's hope for the intersection, but Hispanic Business Center Executive Director Jenice Contreras says it's still about a year away or more. She says few stretches of road in the city see as much traffic, but it's largely been forgotten.

"It's the area of the neighborhood that hasn't had much investment or just development for many decades," said Contreras.

Streetscaping plans show big changes for the intersection and the roads that lead to it. More public art, with multicolored pavers in the intersection with barriers to slow traffic, is designed to make the street more enjoyable and safer. 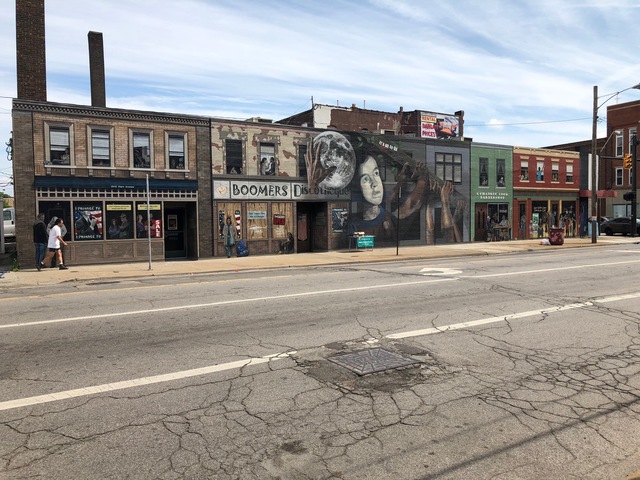 The full mural along Clark Avenue near West 25th Street.

Contreras says the traffic nearby has been part of the community conversation for decades, but it took so long to make changes because they wanted to bring neighbors in on the plans.

The proposed work is slated to start in 2019 or 2020. Contreras says it'll be paid for through a combination of public, private and donated money because the improvements are split into smaller projects.