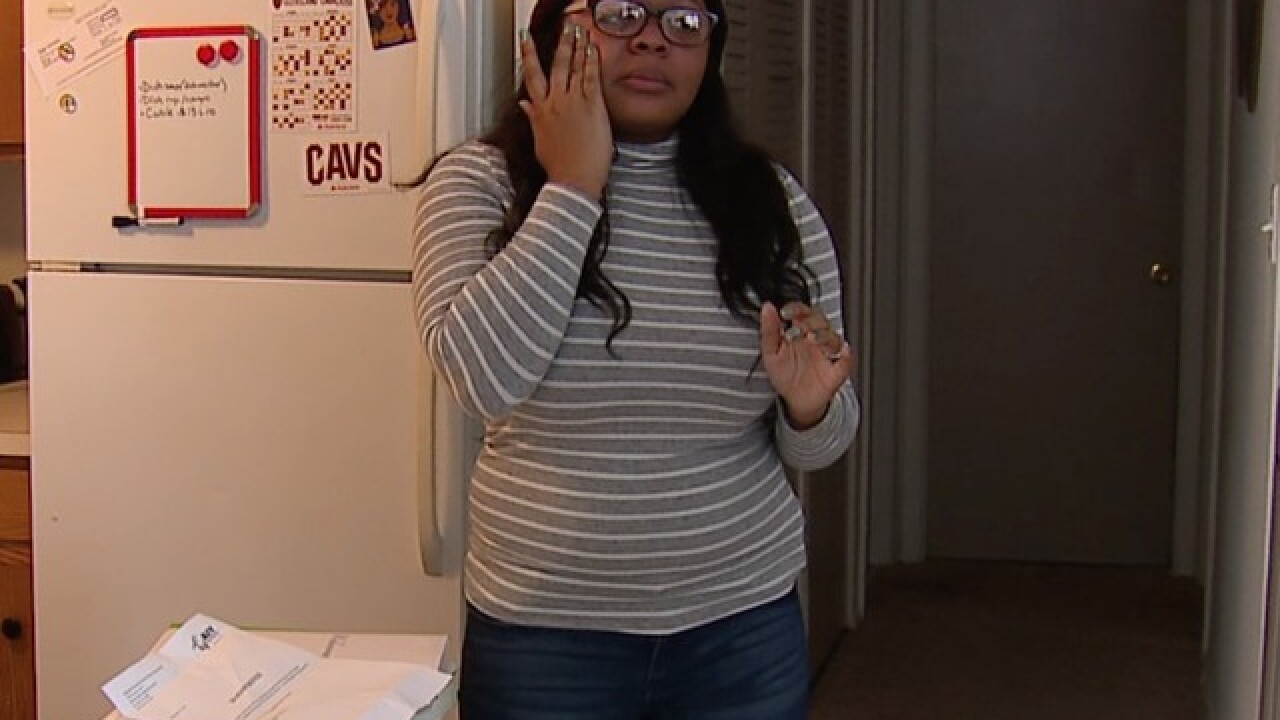 Our wild weather is having a definite impact on apartment buildings. One woman asked News 5 to help when the snow, water and lack of assistance became too much to handle.

"(I fear) that the whole thing is going to literally collapse on me while I'm walking past,” said Alexis Jones about her ceiling.

The problems at her Highland Woods apartment started in mid-December. That's when Jones came back to her Warrensville Heights home after a vacation.

"We noticed this area was filled with water,” said Jones, as she pointed to water bubbling up inside a wall. Maintenance men came. She showed us the paperwork but despite a note saying that the problem needed a return visit, Jones told us, “Nobody ever showed up."

Then, her fiance' woke her up a few days ago.

"Oh, my gosh!” he exclaimed. Water broke through in several areas. Buckets collected the drips that filled them up quickly.

Jones was so drained by all of this she walked away from our interview for a moment in tears.

"It's frustrating because it's almost like...I feel like my health is in danger at this point," said Jones.

Jones told us she's had enough.

"It's like let us out of the lease that's all I want,” she said, in tears.

We dug up online reviews of the Highland Woods Apartments.

One person wrote, "…takes over a month for maintenance to come even after multiple calls my ceiling was leaking..."

Another wrote, “It takes maintenance forever to fix something."

And another claimed: "they moved very slow with fixing the situation."

We went to the property offices. The same manager Jones has talked to told us she couldn't go on camera. She did say they do the best they can and that the snow is creating a very difficult problem with the flat roofs. Also, they've had numerous heat-related problems so that bumped Jones' issue back and that within the next hour a crew would fix the leak.

We waited. The crew showed up with tools and a tarp. We captured a picture of the work order that included "carpet extraction" and "roof repair when able."

Update: 1/8/18 - 4:00 pm: Jones called 5 On Your Side Investigators and said she and her fiance' will now be able to get out of her lease. They will be moving at the end of the month.