Walking there with her two young daughters is another matter.

It's that kind of reaction, coupled with tragedy in June, that's driving Lakewood leaders to pay extra attention to the stretch of Franklin Boulevard that goes through Lakewood.

"The issue came because of incidents," said Ward 3 Council member John Litten. "We had a couple of accidents."

One accident hit a home's gas line at the beginning of June, causing the neighbors to evacuate their homes. 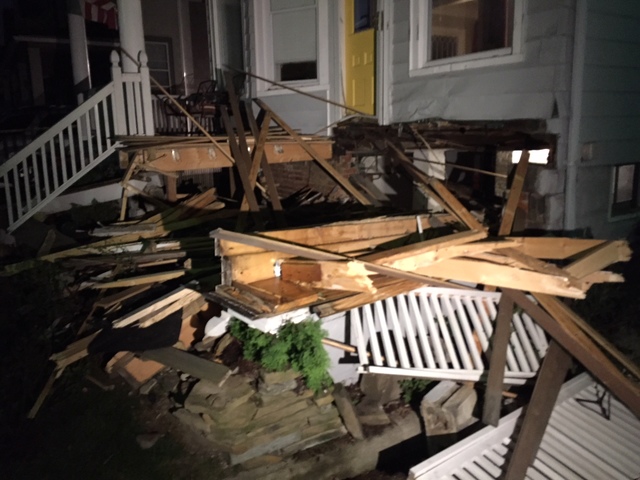 The aftermath of the car crash into 1552 Wyandotte Avenue, right next to Franklin Boulevard, on June 1, 2018.

At the end of the month, a woman died just a few blocks away when her car rolled over.

Council member Litten and Jamie Hurst tell News 5 Franklin is often used as a shortcut for residents and drivers who don't want to get caught up in the congested roads just a block away, where there is much more business development.

The memorial left for a woman who died in a car accident on Franklin Boulevard in late June.

Litten says in a way, Lakewood is a victim of its own success.

"Detroit and Madison have become such destinations for people that they're just that: destinations," said Litten. "They're not the best way to get around.'

But Bialosky Cleveland Architect Ted Ferringer said the problem is much bigger than drivers trying to avoid congestion.

"We have a city infrastructure that was really built for a city of almost one million people," said Ferringer. 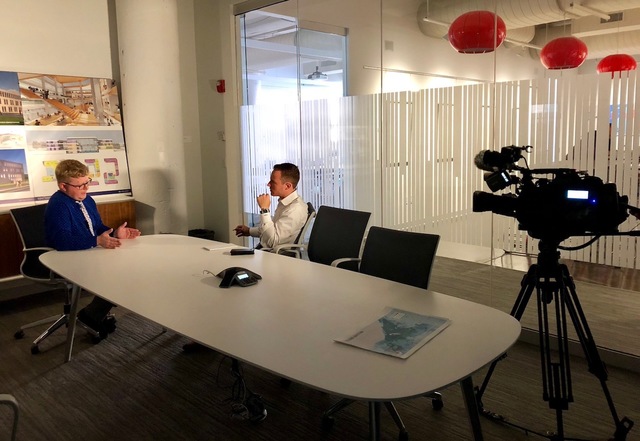 Ferringer says Greater Cleveland was built up decades ago before the population started to decrease. That lead to wider roads, meant to handle more traffic.

He says a good example is the Shoreway, where a new design and reduced speed limit is meant to make it safer. But Ted said the roadway is still capable of handling faster speeds, so drivers can easily accidentally end up well over the speed limit.

"I struggle and I believe in this stuff and it's still a challenge for me to drive 35 on it," said Ferringer.

The fixes are rarely easy because streetscaping is expensive, partially due to infrastructure upgrades to the equipment that lies underneath roadways that often are in desperate need of repair.

Upgrades that would make the busy intersection at West 25th Street and Clark Avenue safe would cost millions of dollars and are still years away. 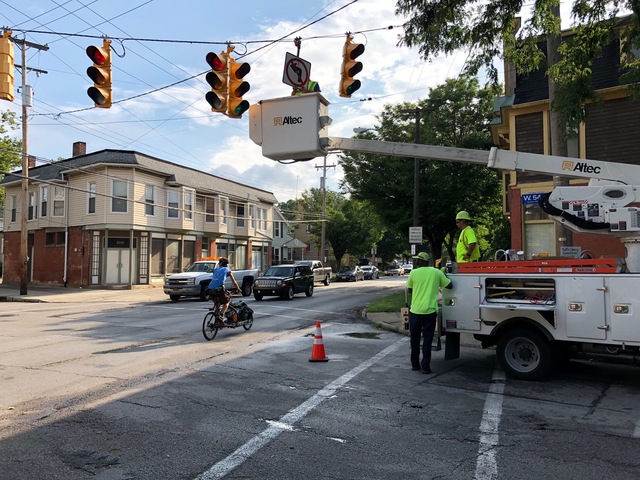 Cleveland is trying out temporary traffic diverters to get cars off Cleveland's stretch of Franklin Boulevard entirely. Permanent changes will come with their own price tags, all to make residential roads safer for residents.

You can take an online survey here and on paper at 6516 Detroit Ave. beginning August 6.