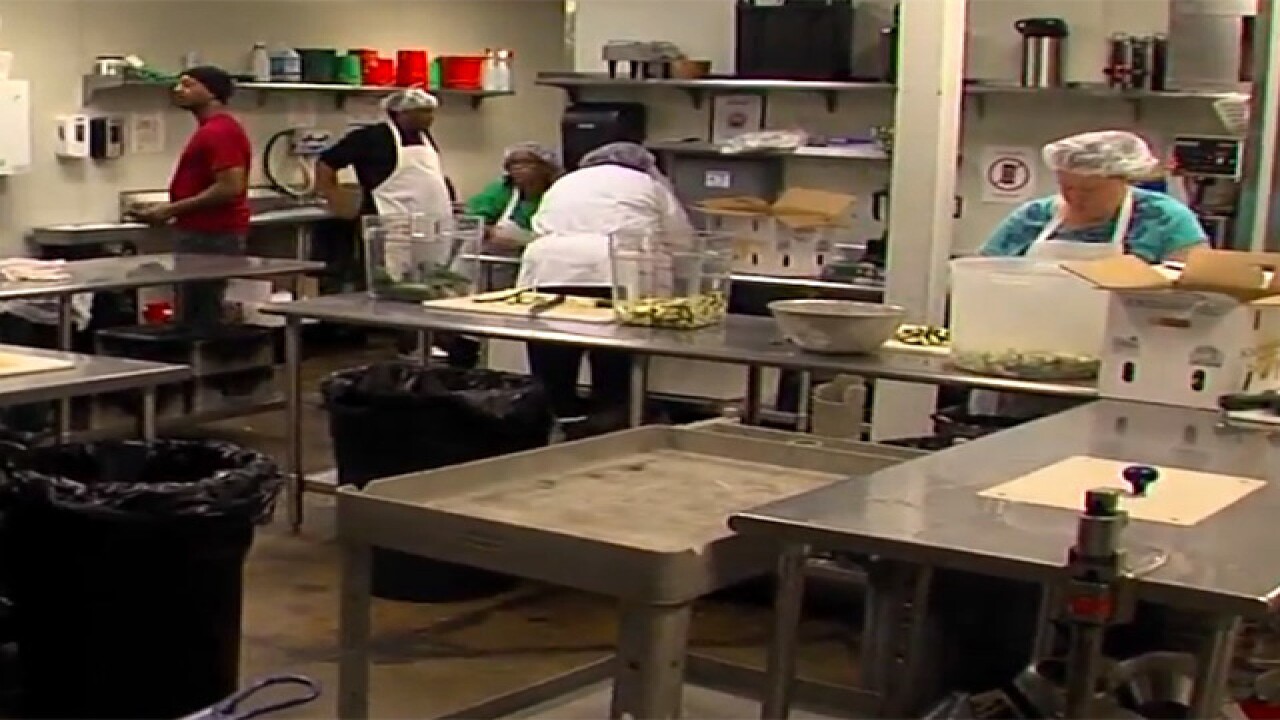 Getting a second chance, one teaspoon at a time — That's true for a group of women looking to turn things around after a life of crime.

One local program is dishing out a helping hand with their future in mind.

Chopping, measuring, and baking — all the things the women in the Choppin’ for Change program are stirring up every day.

“Oh yeah, I love it," said Tomika Daniel, a graduate and now teacher's assistant in the program.

Four years left on her sentence and Tomika Daniel is already dreaming about what she wants her life after prison to be.

“Long-term goal is to maybe open up a high-end restaurant, cater to a variety of different people," she said.

She's not the only one ready to start a new.

“Here, our mind is focused on becoming a better person," said Amanda Ernsberger, another graduate of the program.

Getting their lives back

And thanks to the Lutheran Metropolitan Ministries and the Ohio Department of Corrections program, these soon to be released prison inmates have the chance to get their lives back.

“They come in thinking that they're not going to be able to accomplish something, and when they do through their own hard work that's the reward for me," said Chef Laura Campbell, the head chef and instructor for Choppin' for Change.

Every day, the women whip up meals for more than 2,000 people at six different homeless shelter locations in the Cleveland area.

The women learn everything culinary in their 6-month program, then, when completed, they're able to leave with work experience and proper education under their belt.

“I would've just been like, 'well I know how to cook.' But now I know how to use a tilt skillet, and industrial mixer, I know how to bake, how to braise, that the employers are going to say you really do know," said Ernsberger.

But maybe the best reward they say is being able to see their kids for graduation, whom they almost never get to see.

“So when she came here I let her know that I am in prison, but I'm also going to school to be a chef, and that inspired her, now she wants to be a chef," Daniel said.

This is the only program that's training inmates — men or women — while they're actually still incarcerated in Ohio.
Their goal, to expand statewide, changing women's lives, one chop at a time.