The impact of a construction project along Hadden Road in Euclid is clear two houses down.

Back in November of 2017, Janet Harley started construction on her recently-purchased Hadden Road home to fix violations from before she owned it. That included replacing a retaining wall next to a set of deteriorating steps.

"I thought it would be done before the winter, but it is now August," said Harley, gesturing behind her to a backyard that is mostly dirt and looks like an active construction site. 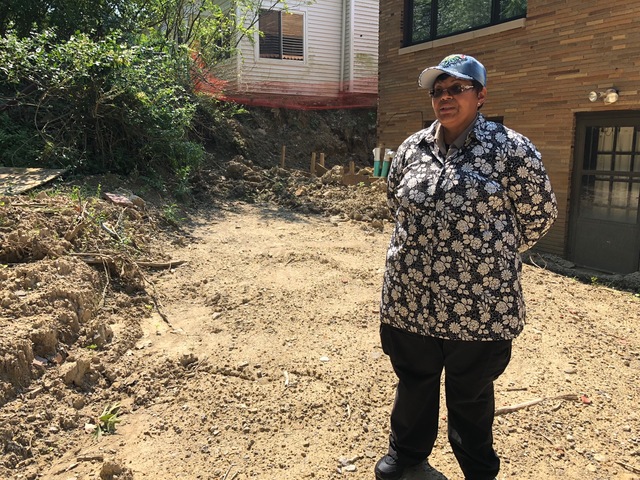 Janet Harley stands in her backyard, where she says Baja Phoenix Excavating left a construction job unfinished behind her.

Harley says she paid Baja Phoenix Excavating $21,000 to remove the retaining wall, along with a long list of other tasks, which included installing new landing pads and cleaning up after the job was done. Harley claims Baja Excavating has abandoned the job. The person who answered the phone listed for the business claims they completed the tasks they were hired for. An agreement that Harley says she and the company signed defining what Baja was hired to do suggests the job is not yet finished. 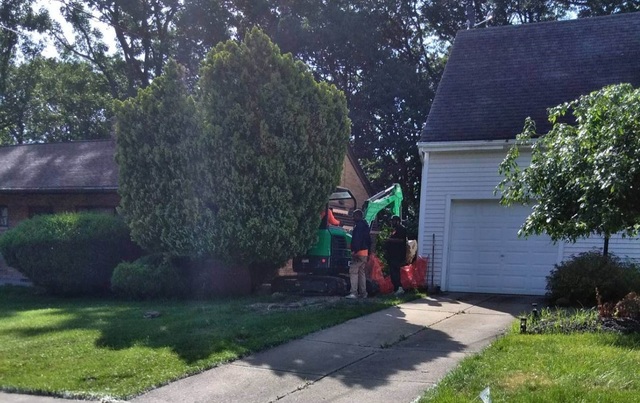 A picture from neighbors shows workers digging as part of a project that Harley claims Baja Phoenix Excavating never finished.

"I feel like a victim just as much as the neighbors who are complaining," said Harley. "I did not expect this when I paid Baja over $20,000 to get this done."

The neighbors are complaining because when heavy machinery took the retaining wall out, Audrey felt it two houses down.

"My dining room ceiling cracked right in front of my eyes," said Adler. 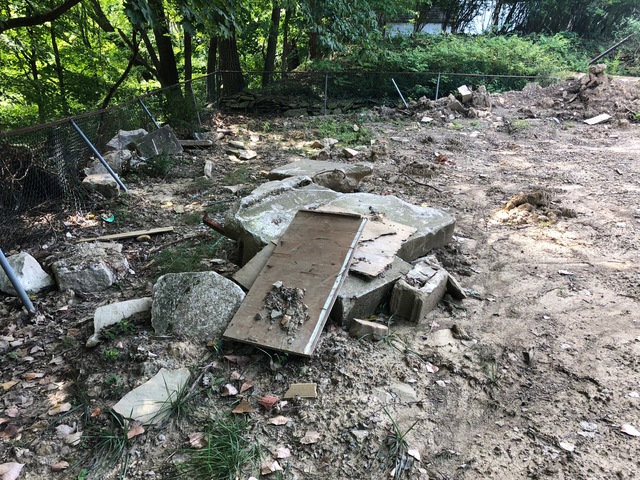 Neighbors say large pieces of concrete in Harley's backyard are all that's left of the retaining wall used to hold up their homes.

An engineer report claims that damage, along with other cracks, warped doorways and windowsills is because the retaining wall that was removed held up the soil beneath Audrey's home and her neighbors' property. Now that the wall has been gone for months with nothing to keep the soil from moving, both homes show signs of tilting and sliding towards the unfinished construction area.

"It was unable to be fixed because the house is still moving," said Adler. 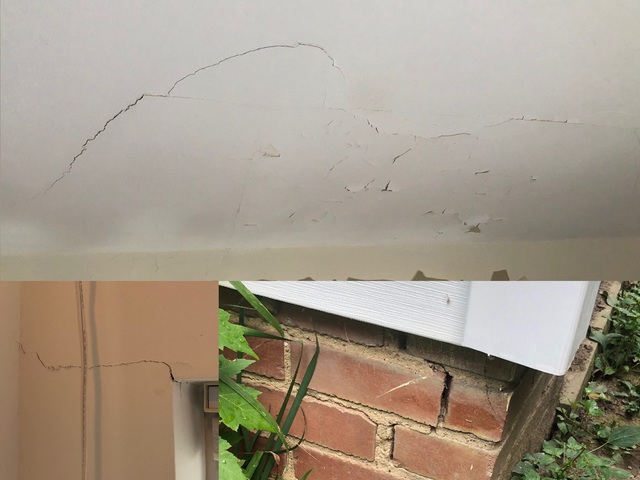 Three examples of cracks and damage in Audrey Adler's home. An engineer report attributes damage like this to the retaining wall that was removed two properties away and was never replaced.

The Euclid City Prosecutor is in the process of taking Harley to court for the housing code violations her project is still breaking. Janet says she's in a tough spot because much of her money has gone to pay for a job that's not nearly finished.

"That was the bulk of my life savings," said Harley, referring to the $21,000 she paid to Baja Phoenix Excavating. "That's prevented me from hiring someone right away, someone else to finish the job." 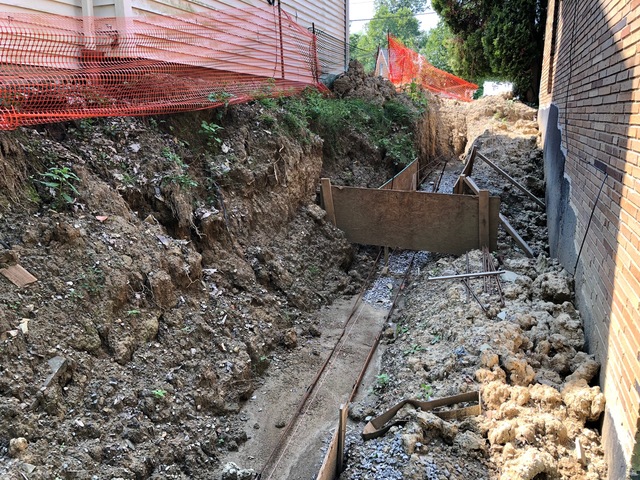 The project Harley says was never finished. This area used to have stairs leading to the backyard with a retaining wall to the left to hold up the home on the higher ground. Now that home is showing signs of sliding down the unsupported hill.

Meanwhile, the project stays undone, and Audrey's home continues to be damaged. 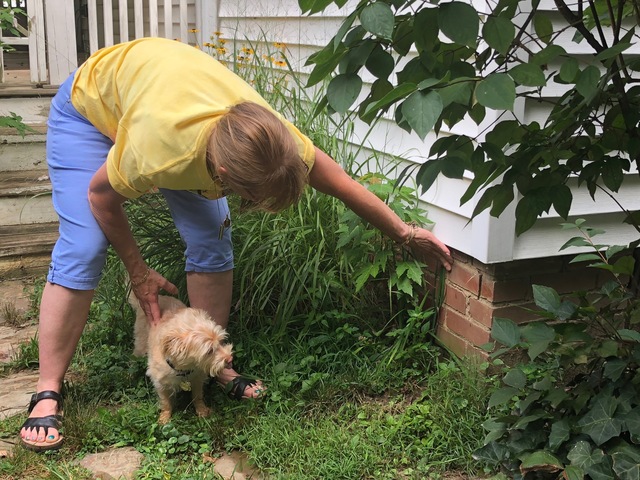 Audrey Adler points out damage to the base of her home while she holds her dog, Oliver.

The city says its goal isn't to be overly punitive towards Harley, but just to make sure her Hadden Road property complies with housing code. They say it's up to Audrey and her neighbors to bring civil cases to deal with the damage being done to their homes.