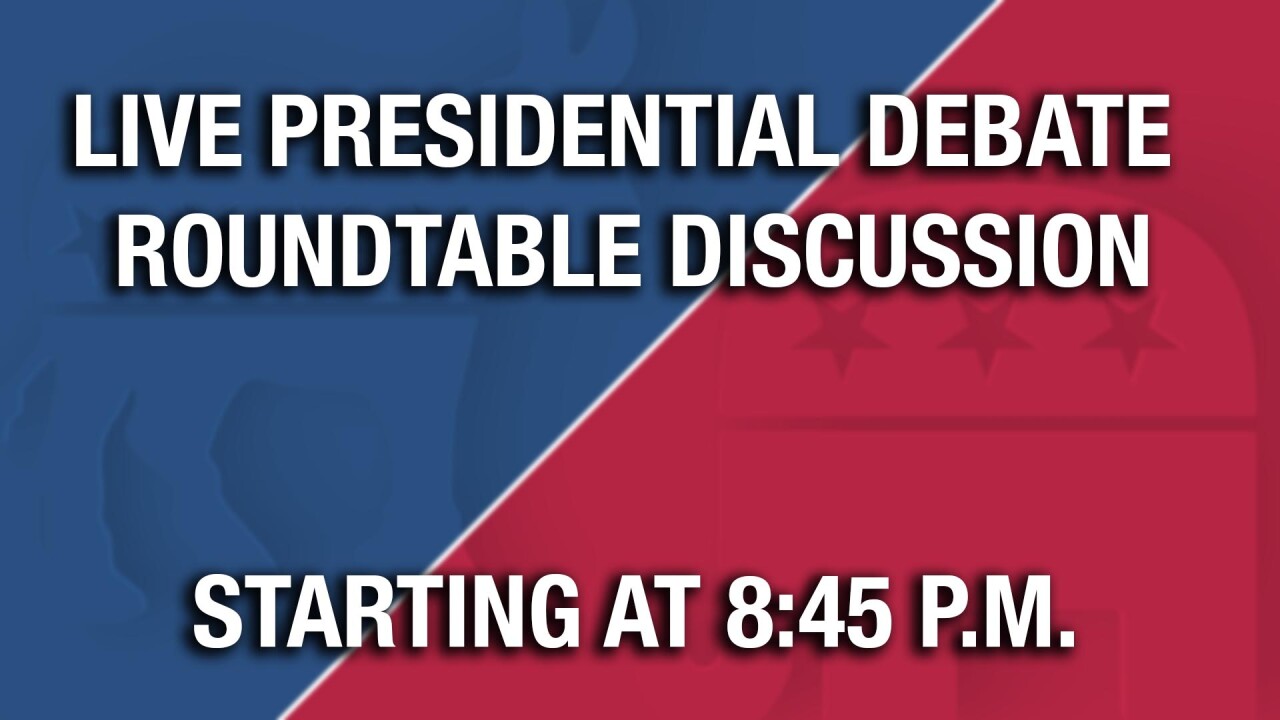 CLEVELAND — Beginning at 8:45 p.m. tonight on the News 5 Facebook Page and on Twitter, we're hosting a live roundtable discussion with Baldwin Wallace political science professor Dr. Thomas Sutton, as well as two local political experts — one conservative and one progressive.

Watch a replay of the roundtable discussion on Facebook below:

At 8:45 p.m., News 5 anchor Homa Bash and Sutton were joined by Amanda Suffecool, Portage County GOP chair, and Bishara Addison, a policy professional who works for a non-profit in Northeast Ohio, to discuss expectations and predictions for the presidential debate beginning at 9 p.m.

At 9 p.m., we streamed the debate on Facebook and Twitter alongside commentary from Sutton, Bash, and comments and questions from you, our viewers.

Once the debate ended, Suffecool and Addison returned to discuss the debate with Sutton.