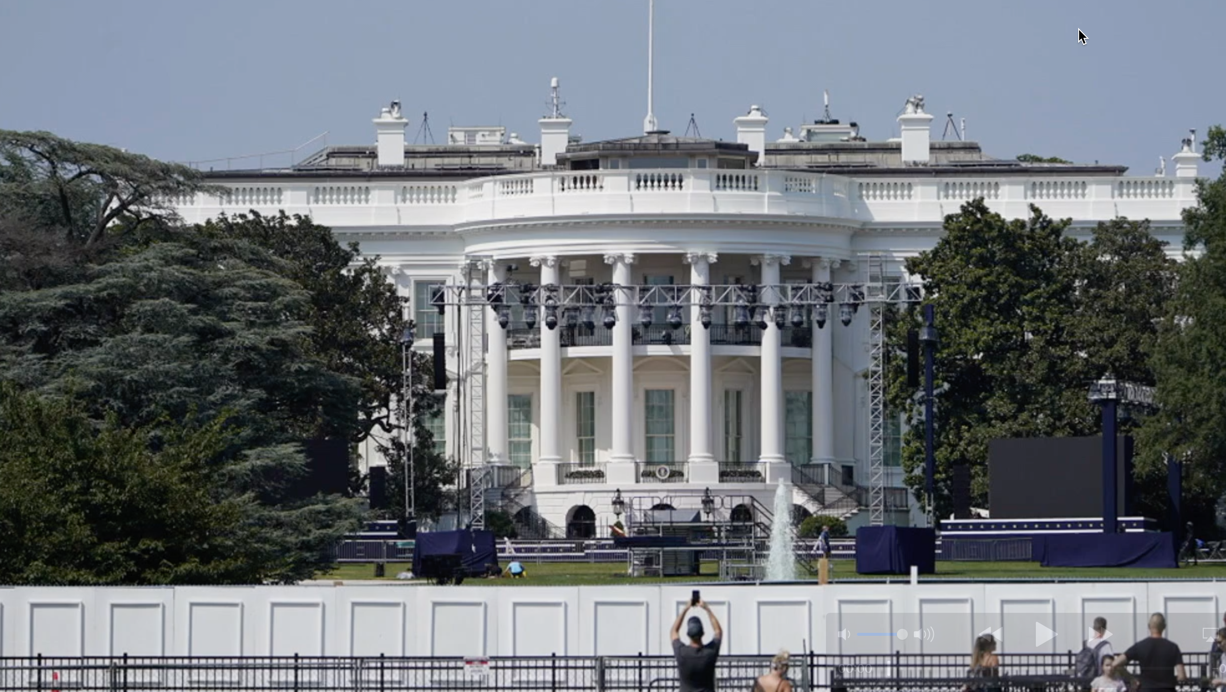 WASHINGTON, D.C. — The stage is set on the south lawn of the White House for the final night of the Republican National Convention. Before President Trump makes his closing argument to the nation. we'll hear from Cleveland native Ja'Ron Smith.

Smith is deputy assistant to the president specializing in urban affairs and revitalization; he'll likely add a Cleveland perspective to his speech as he does to Washington, he told News 5 earlier this year.

"I mean every day I work in the White House I'm bringing with me the experience I had living in communities like this," Smith said.

The night belongs to his boss, though, who will be stressing his accomplishments since his last acceptance speech four years ago in Cleveland, emphasizing especially the aspect where he still polls high: the economy.

"He will emphasize the way the economy grew before the COVID-19 pandemic," said News 5 Political Analyst Dr. Tom Sutton of Baldwin Wallace University. "That he's continued to get positive approval ratings for what he's done for the economy and that will continue if he's re-elected president."

Bob Paduchik ran Ohio for President Trump in 2016 and says to look for the president to once again speak to the Democratic union workers who backed him four years ago.

"There's a reason why we won Trumbull County, Ashtabula County, Portage County, nearly won Lorain, nearly won Mahoning in 2016. Because the president talked about messages that are important to working men and women, blue-collar issues."

The president will also put his spin on the handling of the pandemic and the key issue of public safety, speaking as Vice President Pence did to what's happening in Kenosha from the perspective of restoring order more so than the root cause of the unrest.

"He will paint all of this in partisan hues and as a result say really Democrats are the reason for this violence for this lack of law and order, and if Joe Biden gets elected it will only be a matter of time before it comes to your comfortable suburb," Sutton said.