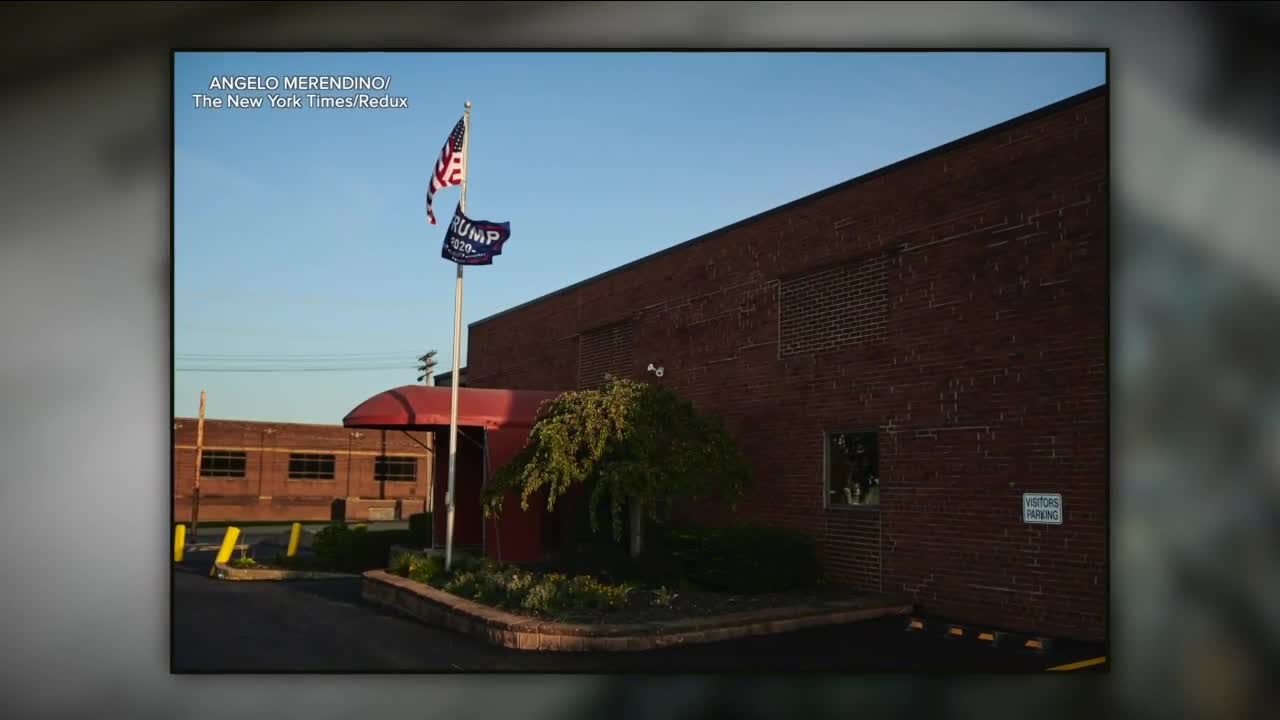 With mail-in-voting underway for the 2020 election, many Northeast Ohioans have been anxiously awaiting their absentee ballots to arrive. A Cleveland company hired to print and ship the ballots to voters has fallen behind on delivering them, but is making national headlines for a different reason. 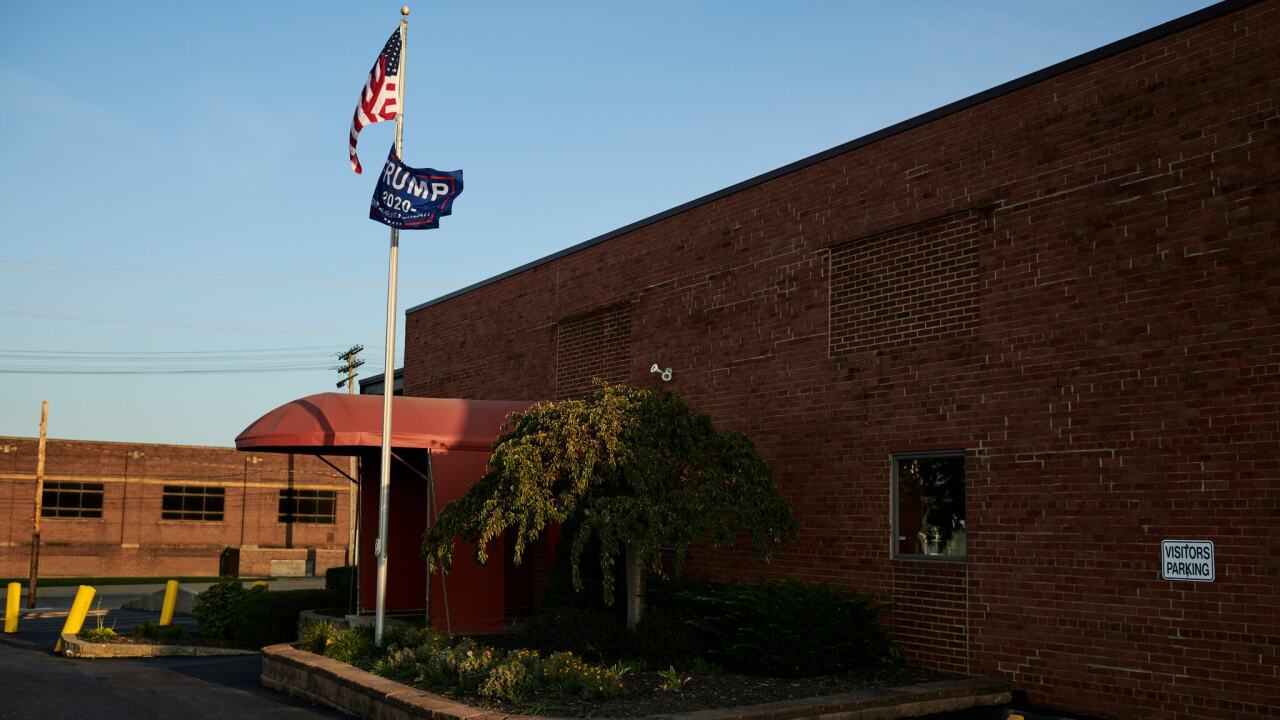 CLEVELAND — With mail-in-voting underway for the 2020 election, some Northeast Ohioans are still waiting for their absentee ballots to arrive in the mail. A Cleveland company hired to print and ship the ballots to voters across Ohio and Pennsylvania has fallen behind on delivering what it calls a "staggering volume" of requests, but that company is now making national headlines for a different reason.

As reported in the New York Times, Midwest Direct, the company contracted by 16 Ohio counties to print and distribute absentee ballots for the upcoming November election, recently made a political statement outside of its building on Cleveland’s West Side. A New York Times article posted Friday shows a picture of a “Trump 2020” flag flying outside of the building over the summer.

Midwest Direct's owners, brothers Richard and James Gebbie, spoke with the New York Times last month. During the interview, Richard was quoted as saying, “We fly a flag because my brother and I own the company and we support President [Donald] Trump.”

The New York Times found there is no evidence Midwest Direct has tampered with any ballots.

The flag has since been taken down. When News 5 asked about the political flag, Midwest Direct sent a statement that said, “There is an American flag flying at our front door.” The company did not comment on the Trump flag or its removal.

Over the last week, voters in two Northeast Ohio counties have experienced issues with delayed ballots not being received in the mail when they were expected.

In Summit County, Midwest Direct informed the Summit County Board of Elections that there was a malfunction with a machine that prepares the ballots, which caused a delay in their mailing.

A week later in Lorain County residents reached out to News 5 looking for information on the whereabouts of their ballots. The company said it started preparing the ballots in August, but no one expected the high volume of ballot requests that came in.

Midwest Direct issued the following statement regarding the ballot issues:

As county boards of election throughout the country began to prepare for the 2020 election, they realized the demand for mail-in ballots would exceed the demand that occurred during the 2016 election. To meet that demand, sixteen counties in Ohio and two counties in Western Pennsylvania hired our firm to help expedite the ballot distribution process.

We have been working with the boards of elections in those counties since August to make sure the ballot distribution process would go as smoothly as possible. Anticipating that the volume of requests might be two times what it was in 2016, our company bought extra equipment, brought in extra staff and expanded hours to prepare to meet the demand.

It is fair to say today that no one – not the various boards of elections, not Ohio’s Secretary of State, not our company – anticipated the staggering volume of mail-in ballot requests that has actually occurred. One of our county’s, for instance, told us to expect 40,000 to 70,000 mail-in ballot requests. To date, we have processed 95,000 requests for that county alone. With another 14,000 ballots requested from the county this week. The estimates provided to us from the counties were not what ended up as the reality.

Despite this unparalleled volume, we are getting ballots into the hands of voters quickly and accurately. The Postal Service delivery standards are 5 to 7 days. However, utilizing our mail tracking software we are seeing up to 85 percent of the ballots we are processing are arriving in the hands of voters one to two days after they are shipped to the post office. Our staff is working sixteen hours every day to make sure everyone who wants a ballot in the counties we are serving gets one in time to cast their vote.

We have been in touch every day with Ohio’s Secretary of State since the mail-in balloting process started to make sure Secretary LaRose and his staff know the status of our work. We are in regular contact with our board of election clients to update them on the status of ballot mailings, including Allegheny and Lucas counties. We know how important this election is to everyone in our country and we pledge to do everything our company can to make sure the mail-in ballot process proceeds expediently.

While voters in Lorain and Summit counties have experienced delays in receiving their ballots, Cuyahoga County has not reported any issues. Cuyahoga County said it is receiving about 2,000 absentee ballot applications every day.

Mail-in ballots have emerged as an issue this election because a record number of voters are choosing them over going to the polls during the pandemic. While campaigning, Trump has called them a recipe for fraud.