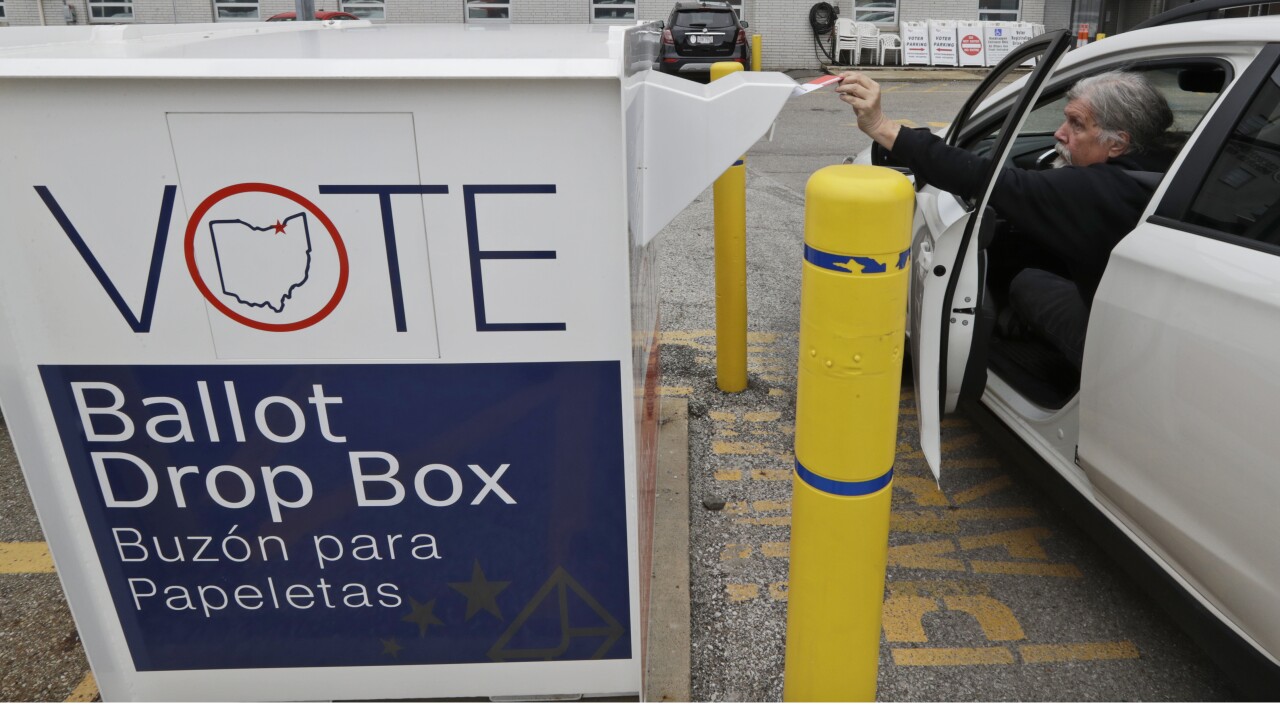 COLUMBUS, Ohio — Members of the United States Congress are calling on Ohio Secretary of State Frank LaRose to comply with the Franklin County Common Pleas ruling to block LaRose’s order limiting one drop box per county.

Senator Sherrod Brown, along with Congress members Marcy Kaptur, Marcia Fudge, Tim Ryan and Joyce Beatty, sent LaRose a letter urging him to comply with the court ruling that temporarily blocked the Republican secretary of state’s order limiting counties to one ballot drop box, calling it “arbitrary and unreasonable.”

“For months you and your office have told anyone that asked that you supported secure ballot drop boxes, and would support their increased usage if only Ohio’s laws didn’t tie your hands,” the letter read. “When asked about the availability of multiple drop boxes by one Ohioan, you replied ‘I have been 100% clear on this I want more drop boxes! I would love to see more drop boxes!...To me it’s clear though I have no legal authority to do that and it will just result in litigation and confusion.’”

Franklin County Common Pleas Judge Richard Frye’s decision to block the order followed a ruling Tuesday that derided the directive but stopped short of requiring LaRose to change or rescind the order. And LaRose did neither, leaving the restriction of one drop box for each of Ohio’s 88 counties in place.

The letter sent by Brown and members of Congress called for LaRose to “not waste taxpayer resources in mounting an appeal” of the ruling and to use his authority to allow multiple drop boxes in each county.

NEW - My colleagues and I are calling on Ohio Secretary of State LaRose to COMPLY with the COURT RULING directing him to allow multiple drop boxes per county.

Secretary LaRose has repeatedly failed to use his authority to make it easier for Ohioans to vote safely. pic.twitter.com/CuZHxEQGom

LaRose has been no stranger to requests for more drop boxes in each county, even fielding questions from Cleveland athletes working to promote voting in the state.

On Thursday, Cleveland Cavaliers forward Larry Nance Jr. asked LaRose on Twitter about the issue of the ballot drop boxes, to which LaRose responded with praise for the fact that every county has one drop box this year when in past elections they did not.

Because it’s the law. And did you know 2020 is the first election where every Ohio county has a dropbox? Voting is easier than ever before in the Buckeye State!

With the current faceoff it is unclear how many ballot drop boxes there will be when voting begins on Oct. 6, just two weeks from now.