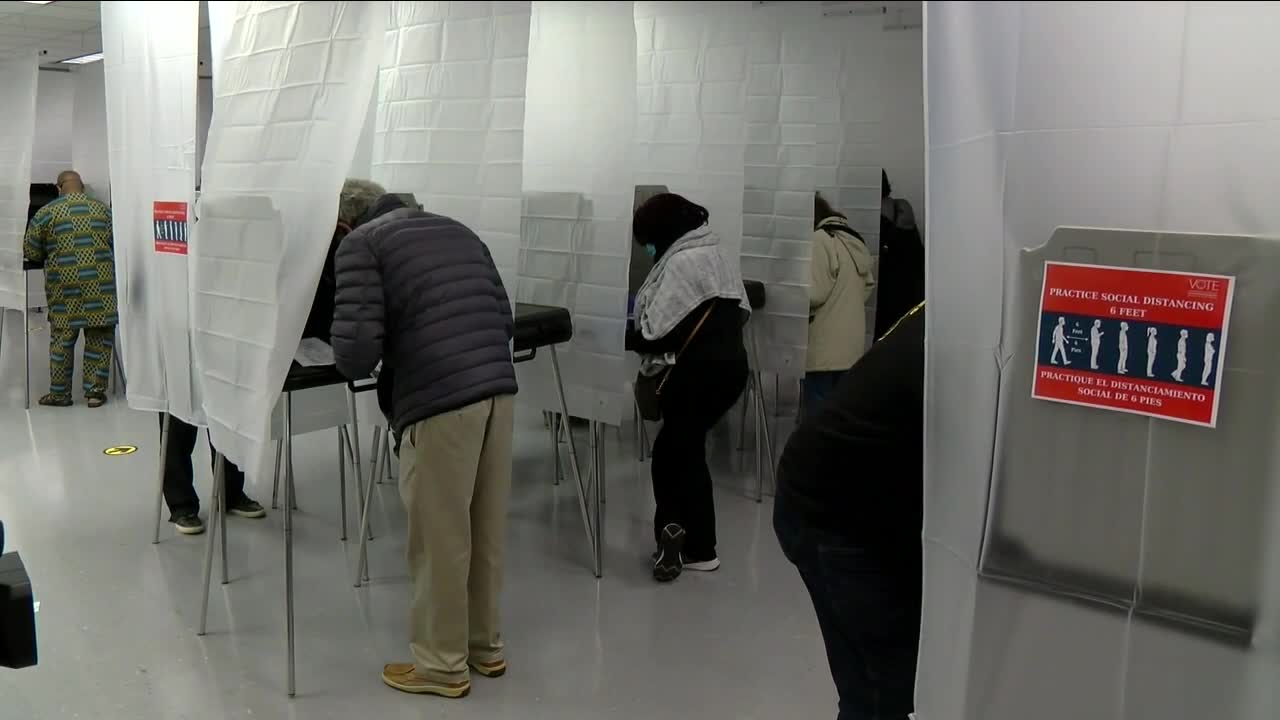 The first day of early voting begins in Ohio on Tuesday. 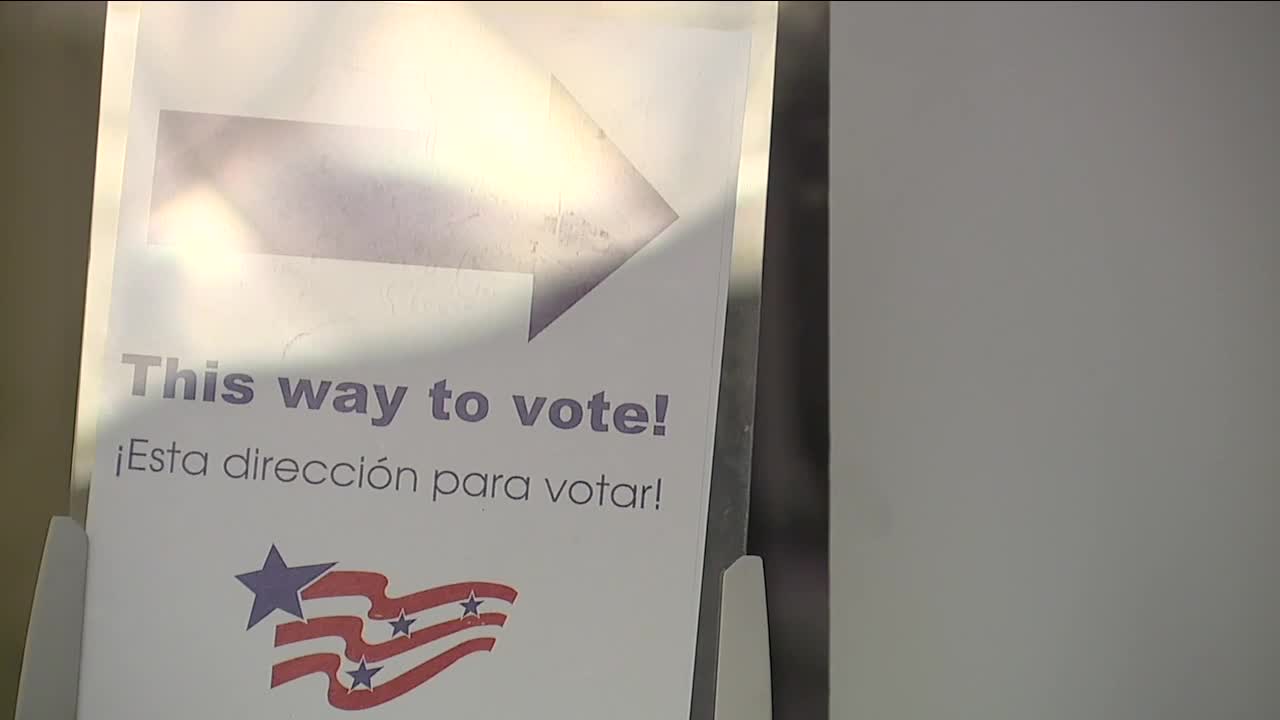 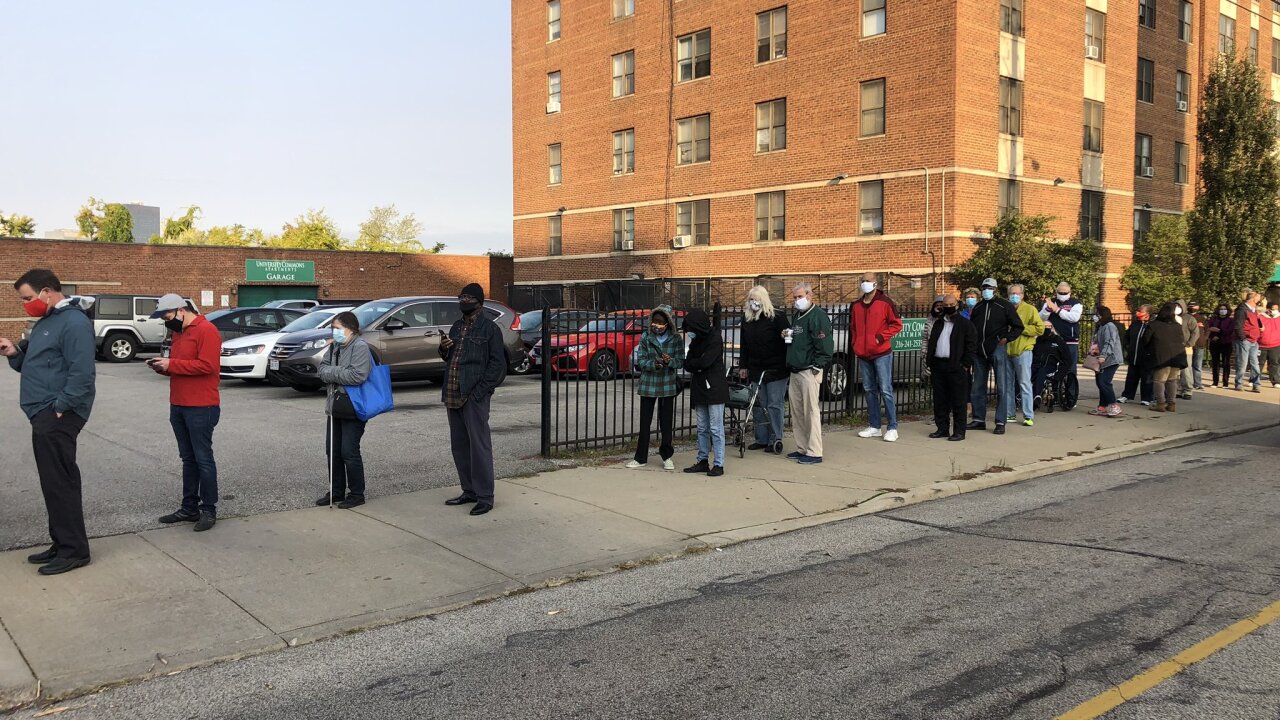 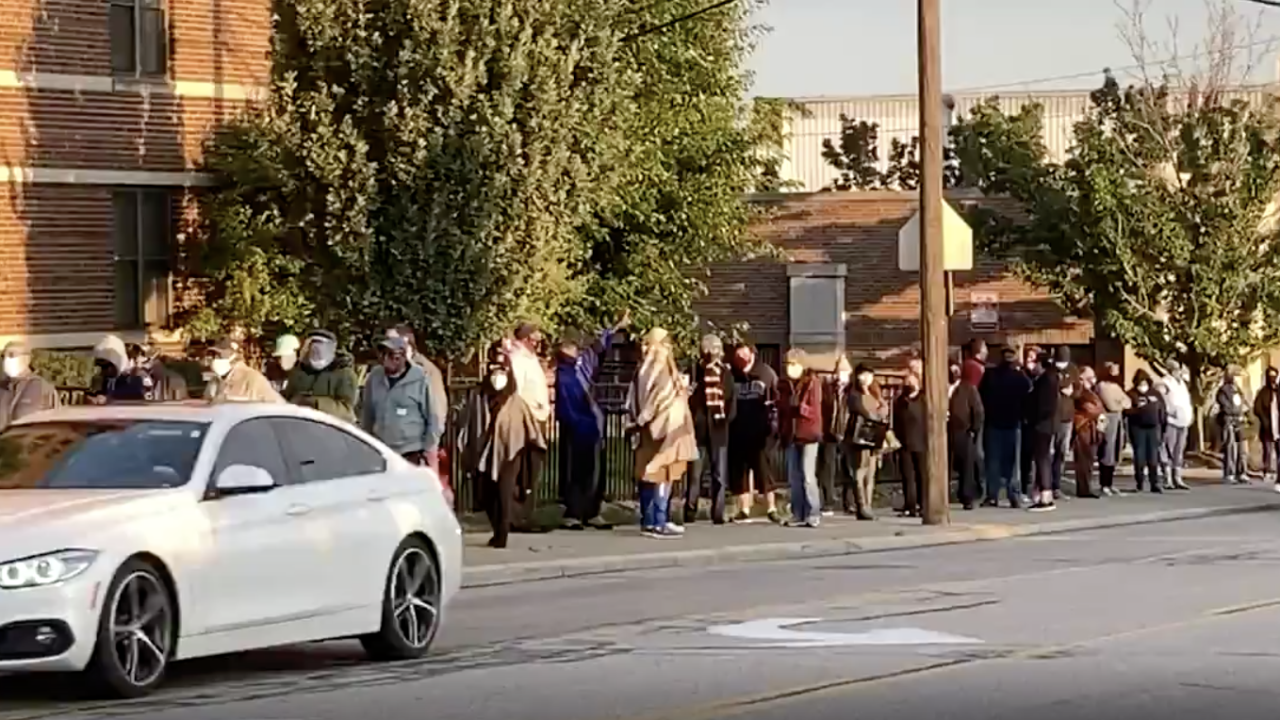 CLEVELAND — The first day of early voting begins in Ohio today. As you head out to cast your vote, here are the latest updates to keep you informed.

People were lined up over two hours before doors to the Cuyahoga County Board of Elections opened to allow voters their first chance to vote early in-person for the Nov. 3 General Election. By 2 p.m., they had surpassed 1,200 voters, the total number of early voters in the county four years ago.

READ MORE: Early voting gets off to strong start in Ohio as record number of voters ask to vote by mail

A line forms outside the Cuyahoga County Board of Elections. Watch it live in the media player below:

Crowds form outside elections office
The polls opened at 8 a.m. on Tuesday. A long line has formed outside the Cuyahoga County Board of Elections on Euclid Avenue.

Crowd stretching around the block at the Cuyahoga County Board of Elections on the first day of early voting in Ohio pic.twitter.com/EL9sBAMXT1

Early voting in Ohio got off to a busy start Tuesday. Hours before polls at the Cuyahoga County Board of Elections opened, voters were already forming lines.

Fifty-seven-year-old Richard Grayson was one of the first in line. He says he has never taken his right to vote for granted. He remembers voting for the first time as a teenager just out of high school. More here.

Ohioans who requested a mail-in ballot should be receiving them in the coming weeks. Ohio Secretary of State has adjusted his one-box-per-county restriction to allow county boards to collect absentee ballots at various locations around their property. The new directive requires Ohio’s 88 county boards of elections to accept absentee ballots around the clock at secure receptacles at their central offices and also clears them to set up “convenient drive-through ballot drop-offs” outside. Read more here.

More than 2 million Ohioans have requested an absentee ballot— putting Ohio on pace to more than double the number of ballots cast by mail in 2016. Ohio law allows boards of elections to receive ballots upon to 10 days after the election as long as they are postmarked by Nov. 2. Read more here.

DeWine said our state has a long history of running fair and transparent elections thanks to laws passed by the General Assembly, past Republican and Democratic secretaries of state and both parties working together at the county and precinct levels.

DeWine said the flags outside polling places in the United States signal to voters that this is a special place where they and their vote are safe.

“We will not tolerate any interference in this sacred process,” DeWine said. “We will, as we have done in the past, protect each citizen's right to vote and to have their vote counted. The system, this bipartisan system, has worked in the past, it will work again.” Read more here.

During the presidential debate last week, President Trump responded to a question about election integrity by saying: "I am urging my supporters to go into the polls and watch very carefully because that's what has to happen. I am urging them to do it.”

During a live Q&A with our viewers on Facebook on Monday, Cuyahoga County Board of Elections official Mike West said unofficial poll watchers are not allowed at polling or early voting sites in the county or the state.

“But if you're not here to vote and you don't have other business with the board, you can't just hang out and glare at people or try to look over their shoulder and see what they're doing," West said. "And that's the same way in the polling locations. If you go to a polling location, you're either a voter that's supposed to vote there, you're a poll worker, or you're a board of election staff member. And that's it.”

In spite of their political differences, and their dueling yard signs, these two men have remained friends and are a good example of how Ohioans don’t let Washington's divisive toxicity keep us from talking to each other. More here.

RELATED: Ohio back enjoying 'battleground' status as race for president in the state draws closer