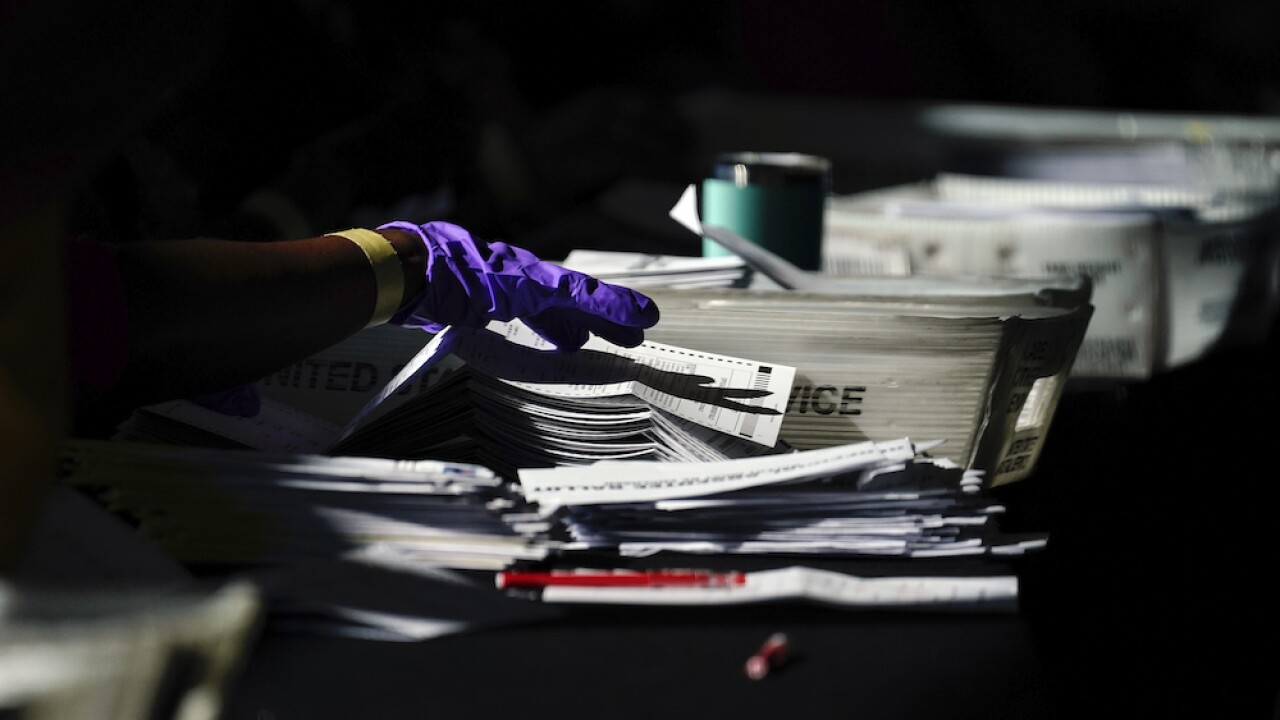 The recount effort underway in Georgia has uncovered roughly 2,600 ballots that hadn’t originally been included in the tally.

"Recent revelations from Georgia's ongoing statewide recount have shown that President Trump was absolutely correct to raise concerns about widespread voting irregularities that have favored the Biden-Harris ticket," the statement reads. "The State of Georgia must not certify its results until the recount is done accurately and the results are correct."

“It’s not an equipment issue. It’s a person not executing their job properly,” said Gabriel Sterling, the state’s voting system manager. “This is the kind of situation that requires a change at the top of their management side."

The head of the Republican Party in Floyd County said the issue was concerning, but “doesn’t appear to be a widespread issue,” and he was glad the ballot audit revealed it.

Georgia’s audit of the nearly 5 million ballots cast is set to be finalized Friday.