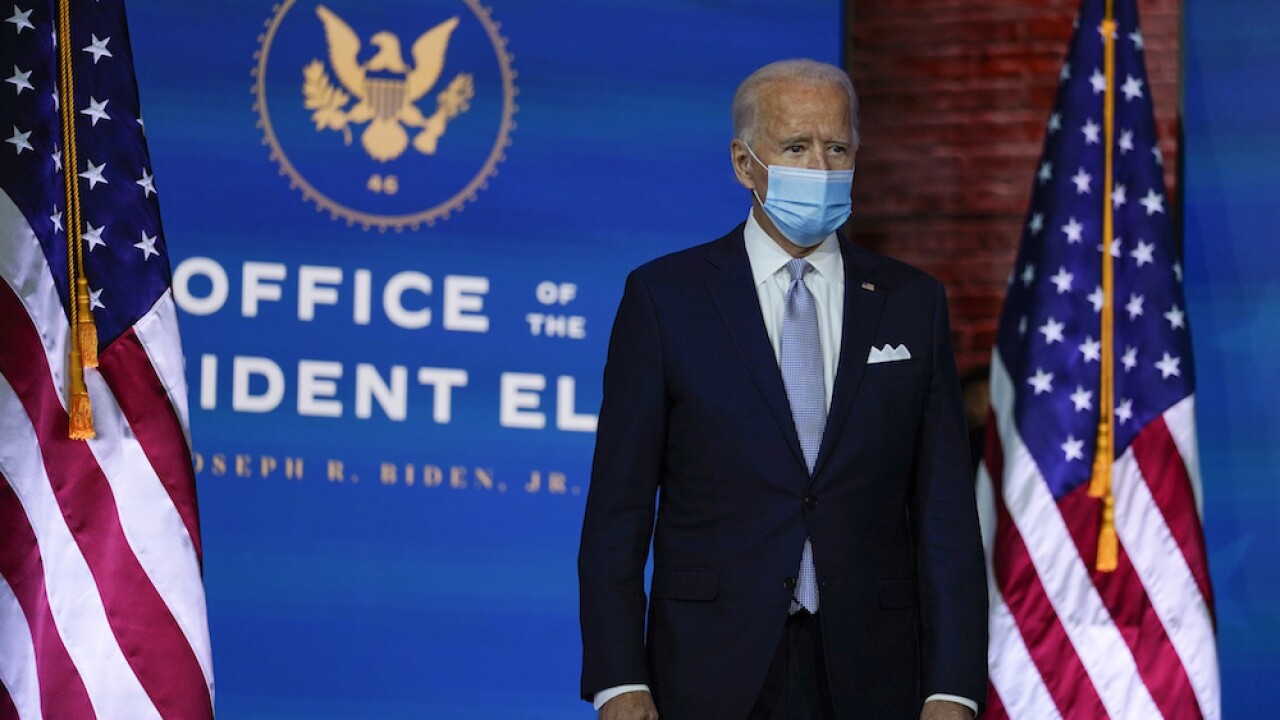 Copyright 2020 The Associated Press. All rights reserved
Carolyn Kaster/AP
FILE - President-elect Joe Biden arrives to introduce his nominees and appointees to key national security and foreign policy posts at The Queen Theater, Tuesday, Nov. 24, 2020, in Wilmington, Del. On Tuesday, Nov. 24, 2020, Biden made history when he received the most votes in a presidential election in U.S. history by surpassing 80 million votes. (AP Photo/Carolyn Kaster)

President-elect Joe Biden made history Tuesday when he received the most votes in a presidential election in U.S. history by surpassing 80 million votes.

According to data by the Cook Political Report, Biden received 80,046,072 total votes, the most votes anyone has ever received running for president.

The official count from the Associated Press has Biden currently sitting with 79,201,648 votes.