One week after President Trump's tweet to boycott Goodyear, Biden campaign's out with ad in Ohio 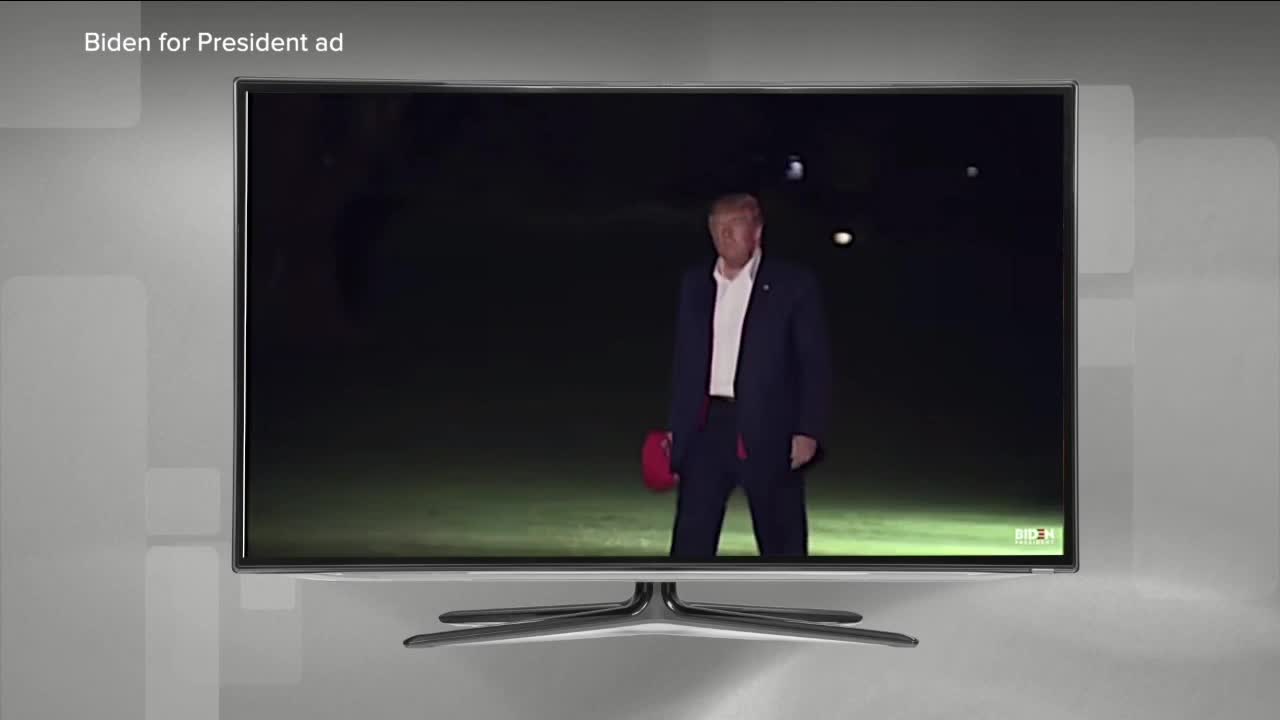 One week after President Trump's tweet to boycott Goodyear, former Vice President Joe Biden campaign's out with ad in Ohio 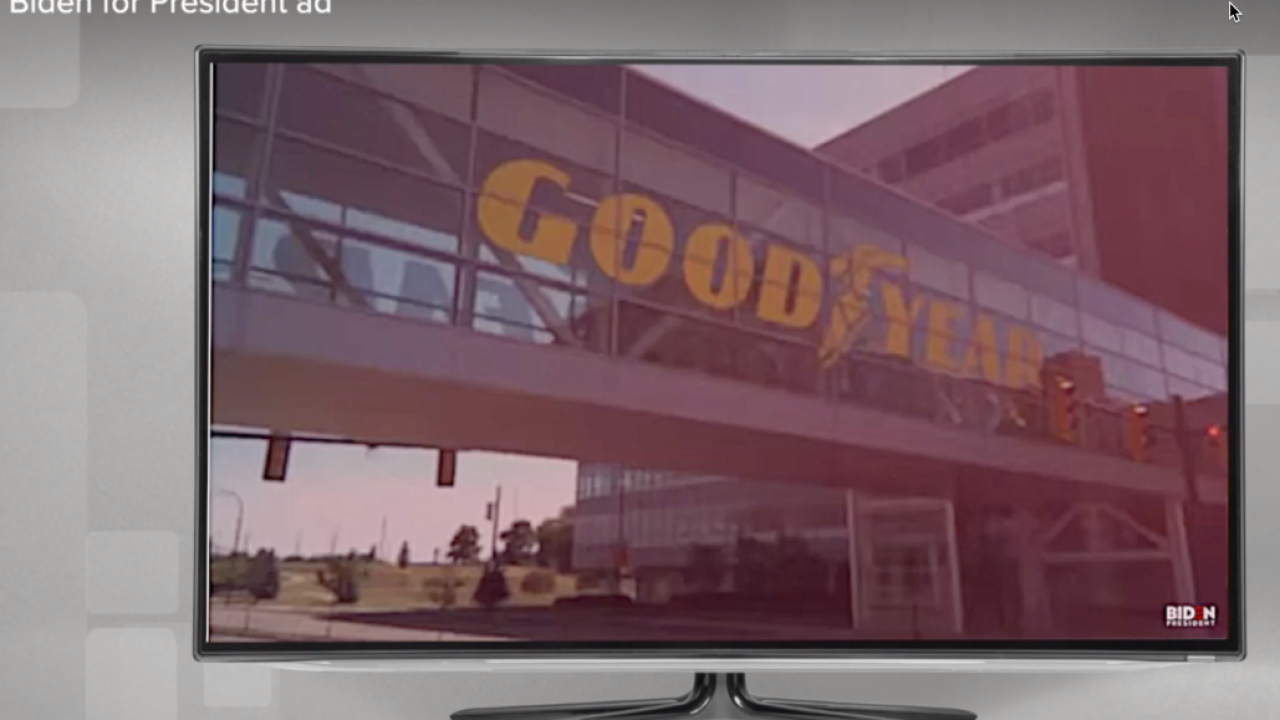 CLEVELAND — Nearly a week after President Donald Trump put out a tweet urging followers not to buy tires from Goodyear, Joe Biden's campaign has an ad up and running in Ohio highlighting the remarks.

The 30-second spot begins with CNN anchor John King saying, "The president is calling for a boycott of a big American company, Goodyear makes its home in Akron, Ohio." On the air is a full-screen quote from Akron Mayor Dan Horrigan pulled from a News 5 story saying, "When you come after Goodyear, you're coming after Akron.”

It then cuts to President Trump at the White House podium saying "and so I would be very much in favor of people don't want to buy there.”

A narrator reads: "A company with a 122-year history in Akron, Ohio, thousands of American workers and competitors all over the world." The screen shows a list of other familiar tire brands, Bridgestone, Michelin, Continental that are now owned by companies outside of the U.S.

“While on-screen a graphic quotes Business Insider "Goodyear tumbles 6% after Trump tweets to boycott the company and a sitting president who is spiraling out of control would risk American jobs to try to save his own."

The ad is targeted at union workers in Ohio like Goodyear employee Vickie Uhl who gathered to protest last week in Akron.

This whole controversy arose after an image surfaced of a reported policy at a Goodyear facility in Kansas banning clothing with political statements like MAGA and Blue Lives Matter while Black Lives Matter and LGBT items were OK.

Goodyear said the visual was not created by corporate or part of a diversity training class.

While the ad doesn't get into what was behind the president's call to not buy Goodyear tires, White House Press Secretary Kayleigh McEnany tells News 5 it was rooted in defense of police and Blue Lives Matter though neither were mentioned in the initial tweet.

"Blue Lives Matter is an important movement,” McEnany told News 5. “Goodyear says that you wear an insignia that pertains to a topic that involves equity, well I say our police officers are certainly in that category."