President Donald Trump to host rally outside of Columbus on Saturday 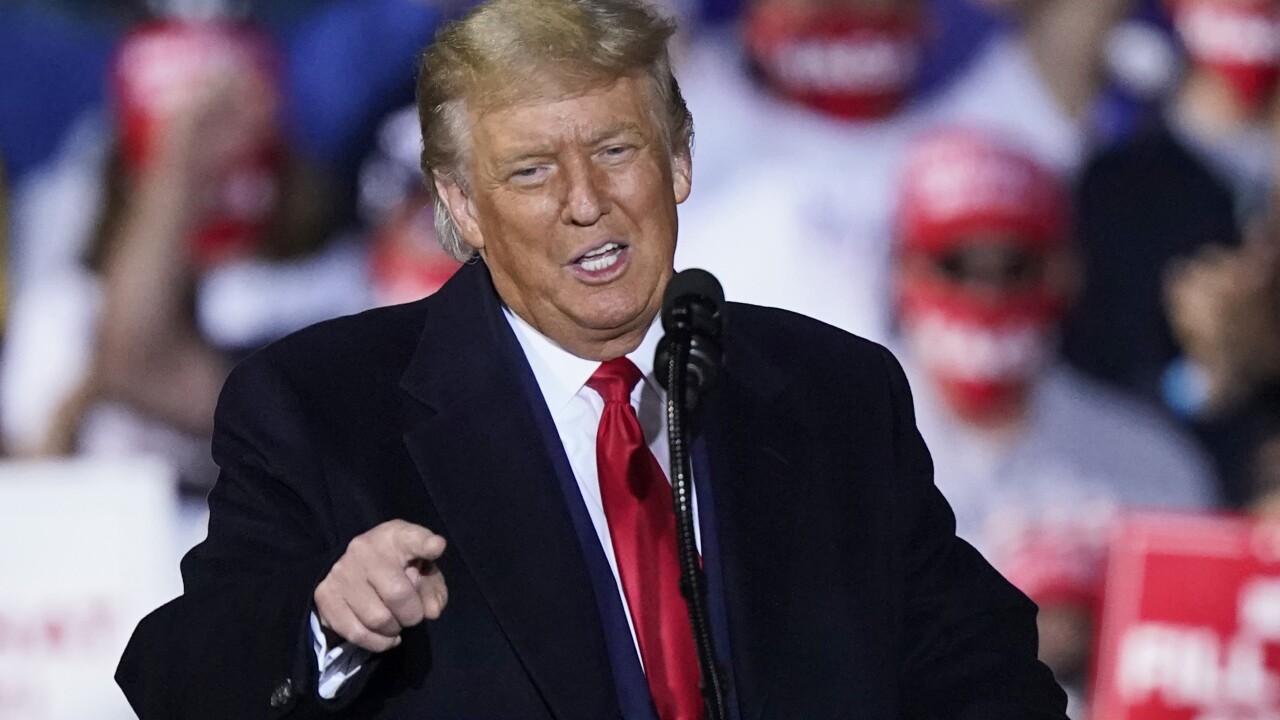 CIRCLEVILLE, Ohio — President Donald Trump will make a stop in Circleville, about 25 miles south of Columbus, on Saturday, his campaign team announced Thursday.

Trump will deliver remarks at a “Make America Great Again Victory Rally” held at Pickaway Agriculture and Event Center on Oct. 24 at 4:00 p.m.

Doors open at 1:00 p.m. You can register for the rally here. All tickets are on a first-come, first-serve basis.

His stop in Ohio is part of a weekend campaign, where the president will also make stops in other cities, including: