Who are the Proud Boys? And how did they respond to Trump's call to 'stand by?' 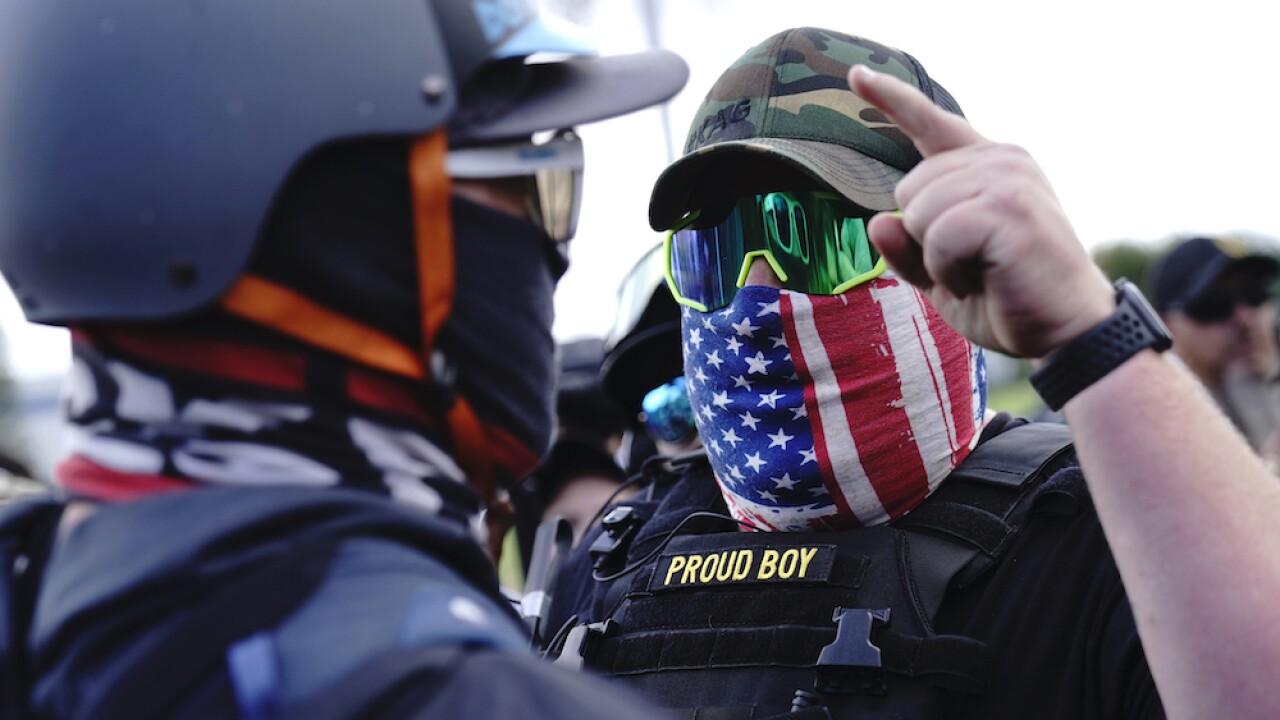 “Proud Boys — stand back and stand by," Trump said.

It was hardly a condemnation for a group that is designated as a "hate group" by the Southern Poverty Law Center. It was also Trump's latest attempt to side-step condemning far-right groups, dating back to 2017 when he claimed that there were "fine people on both sides" of racial violence in Charlottesville, Virginia.

But who are the "Proud Boys?" And how did they react to Trump's call to "stand by?"

Who are the Proud Boys?

The group was founded in 2016 by Gavin McInnes, a political commentator and the co-founder of Vice Media. The group existed informally online before McInnes began planning formal meetings in New York through a far-right publication, Taki's Magazine.

While the group officially rejects the notion of white supremacy and deny they are part of the "alt-right." They consider themselves "western chauvinists" who want to spread "anti-political correctness."

The New Yorker reports that the Proud Boys began distancing themselves from the alt-right in 2017, following the attacks of alt-right members against counter-protesters in Charlottesville.

"They care about the white race. We care about Western values,” McInnes said.

But according to the SPLC, McInnes is a self-described "Islamaphobe" known for continuously making racist, sexist and xenophobic remarks to various media outlets.

The Proud Boys also embrace political violence against leftists. The group has battled with Black Lives Matter protesters in Oregon throughout the summer. The New York Times also reports that the group instigated violence against self-described anti-fascists in New York in 2018.

How the group responded to Tuesday's debate

Vice reports that some Proud Boys members took the President's call to "stand back and stand by" as validation to continue battling leftists in Portland. On right-wing message boards like 4chan and on the encrypted messaging app Telegram, members rejoiced and embraced the president's comments.

Joe Biggs, who according to NBC News and Vice is a prominent Proud Boys organizer, said as much on the right-wing social network "Parler."

"Trump basically said to go f*** them up. This makes me so happy," he wrote.

The group also shared several memes that included Trump's comments, and Vice even reports that the group is selling a shirt online that includes the phrase "standing by."

Tuesday's debate was held just days after the Proud Boys held a rally in Oregon. The rally and a nearby left-wing counter-protest went off with little violence, but many Proud Boys members were armed with bats and donned protective gear.