NewsGetting Back to SchoolThe Big Test 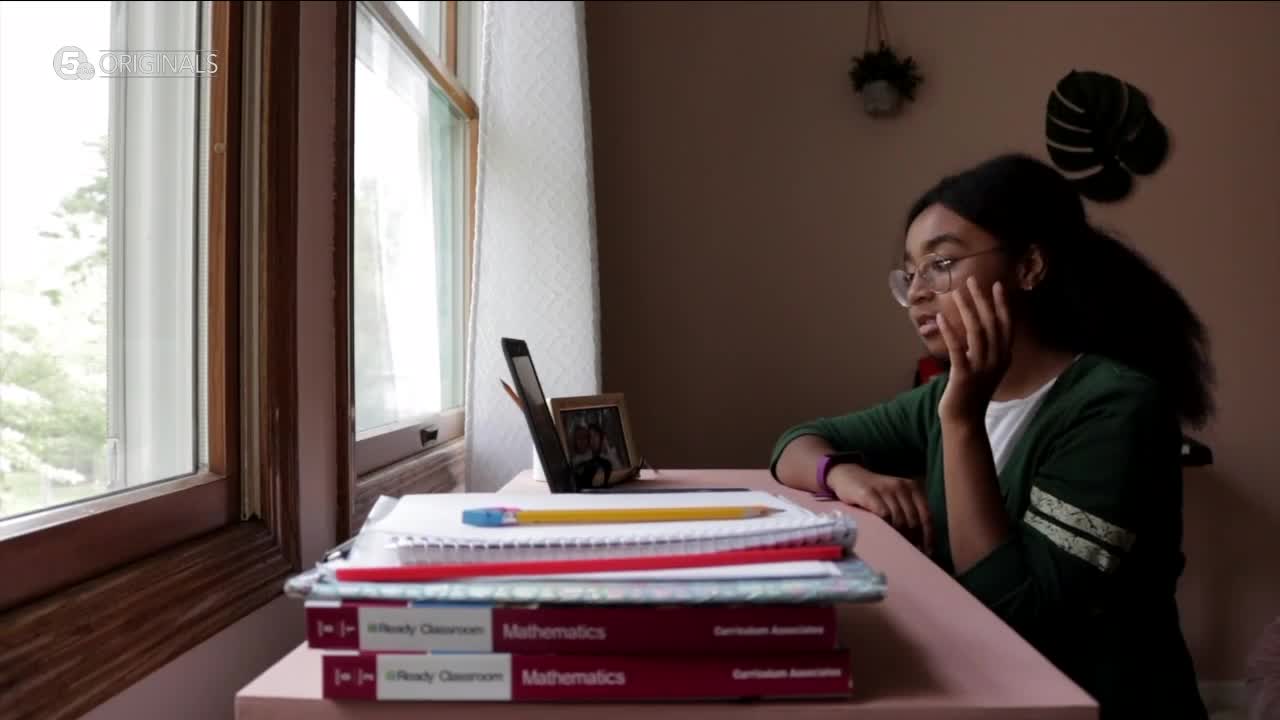 In part two of our continuing series "The Big Test," we follow three local families who are starting the school year in three different ways: one fully remote, one in remote/in-class hybrid, and one fully in-class at a private school. Find out how the first week of school went for these students. 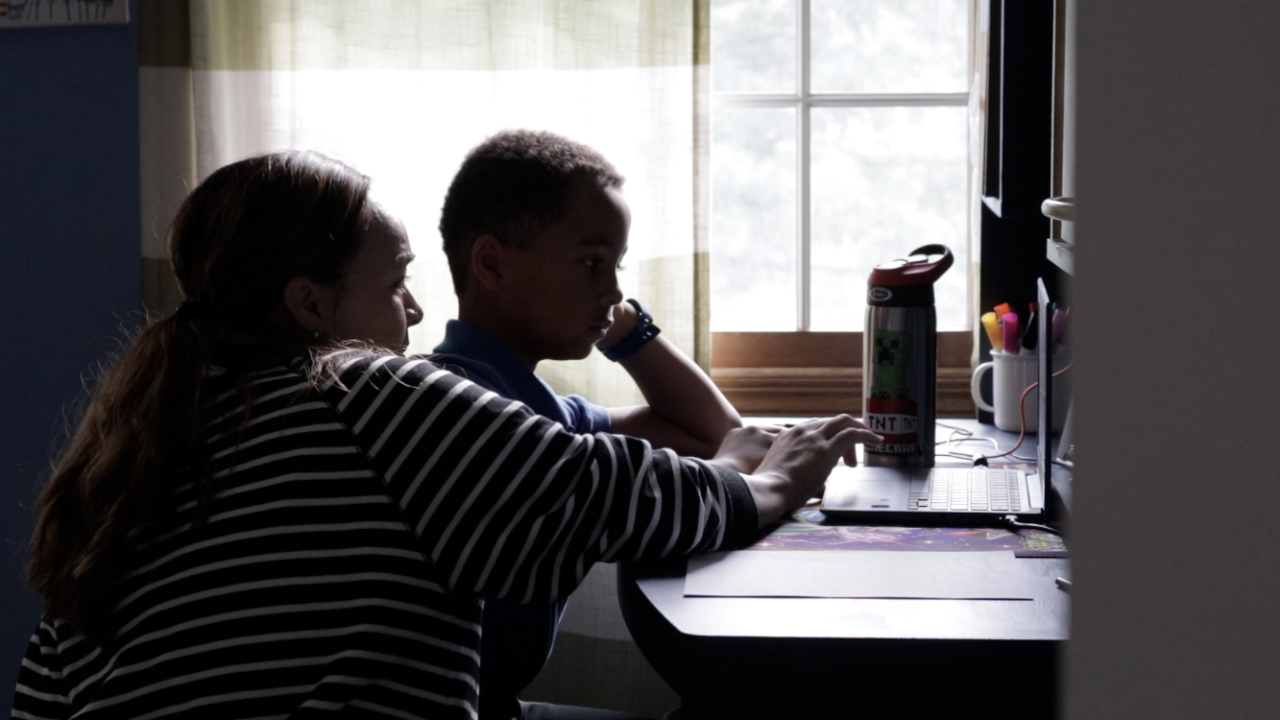 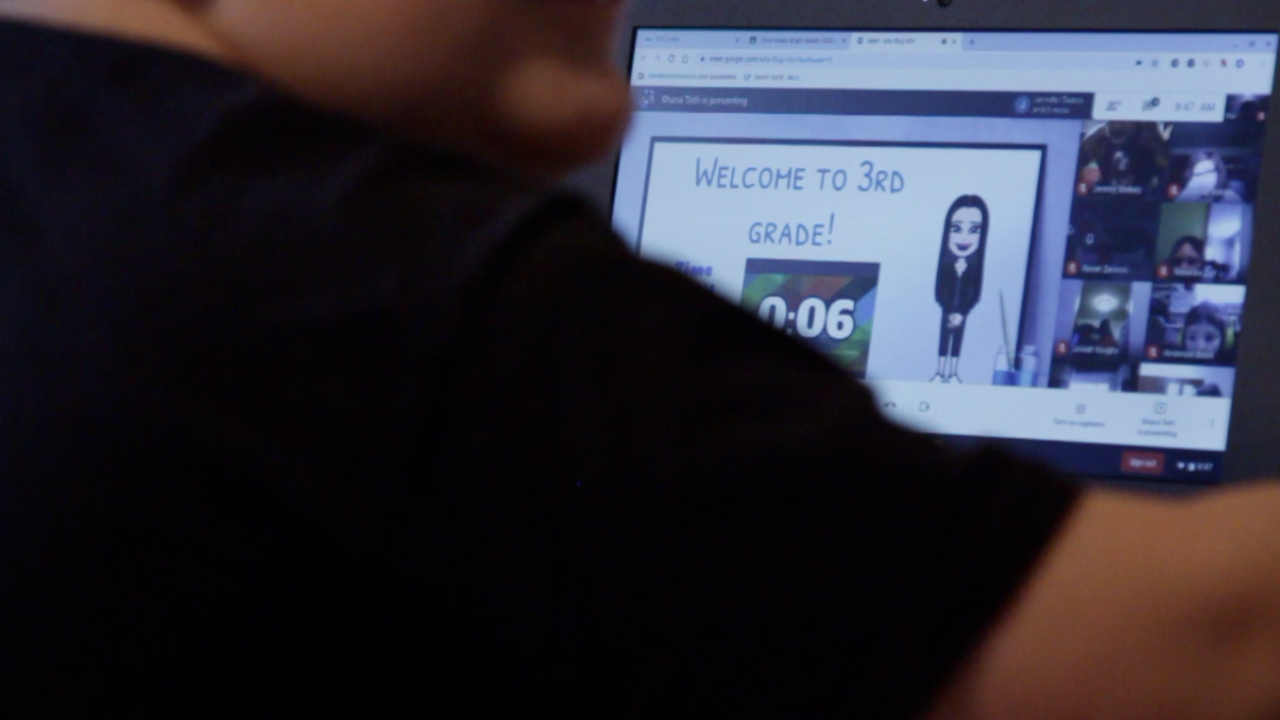 CUYAHOGA COUNTY, Ohio — Under the lights of Byers Field in Parma, it may sound like the football games we remember.

But high school football during a pandemic is far from familiar.

Normandy High School senior Nathan Lazich was playing in the band for the first home game of the season on Sept. 10.

He may have been with classmates that night, but he still had to wait five more days before classes started.

For the start of his last year at the Parma school, he wouldn't be walking through the doors.

He'd be home online instead.

"As serious as we know it is, you also have to understand that we as teenagers enjoy our lives," he said about decisions made by other people. "So we want to be around friends. This is at the time to make friendships right before you go off to college. You know, I have one final hurrah."

Sitting in his bedroom, Drew counted with the online timer as the final 10 seconds of his summer went by.

He was eager to get started with his teachers at the Parma Community Charter School.

The online connection with the school started strong but technical issues started popping up a few hours into the day.

With his parents working and his teachers far away, Drew turned to Nathan for help.

"As an older brother, it doesn't really faze me because it doesn't affect me that much. I got my work done and then I can help him with his," Nathan said. "Personally for him, Drew, is he's done really well with all of this."

Nathan knows schools are trying to strike a balance but he thinks students should be in school so they can be held accountable.

"I've been in high school for years. I've gotten all straight A's and B's. You know, I've picked up amazing grades. And, you know, for me to have a 4.0 GPA and then all of a sudden they come in and just do bare minimum work and they also get a 4.0. It's kind of insulting," he said about some of the expectations during online schooling.

Nathan and Drew aren't the only students in a classroom of one this semester.

On this day, they didn't have to make the 30-minute drive from their house to the school.

They just had to run upstairs.

"I enjoyed it because I got a lot done. I felt very accomplished at the end of every day," she said. "I know that's not how it's going to be when we start because we'll actually have to learn because we'll be all in new grades."

Brother and sister were ready for school at the same time but when the virtual door to the virtual room is locked, parents and principals became IT support.

For Milie, despite all the help, it was a stressful way to start her final year at Breakthrough.

"If this doesn't work, I'll just go scream into my pillow. Normally I'd raise my hand to go to the bathroom and scream into my hands," she said looking toward her bed behind her desk. "But at least now I have my pillow."

After more than half an hour on a video chat with her principal, Milie missed homeroom but made it to her first writing class of the year.

She wasn't the only one. There was an issue with the link and principal Jasmine Wiliams told Milie other students had issues too.

Down the hall, Xavier made it into his homeroom and first classes without an issue. At the beginning of the day, his teachers walked through virtual classroom rules, how to use the online platforms and started troubleshooting issues for students right away.

Adults could be seen popping in and out of screens to help or check on progress.

While the Nixons and the Lazichs are making the best of schooling at home, 7th grader Sydney Stolph is back to learning face-to-face.

Natalie Stolph said she and her husband spent a week figuring out what would be best for their children before school started.

On Sept. 1, Sydney and her two younger brothers went back to St. Bernadette's full time.

"And they're kind of they're excited, so I have to be excited too," Natalie Stolph said.

As of Sept. 15, no cases of the novel coronavirus have been reported at the school. If there is one, schools in Cuyahoga County have to report it to the county board of health within 24 hours. They also have to alert families in the school in the same time period.

Schools started reporting numbers on Sept. 15. The county will release those numbers on Thursdays.

St. Bernadette's principal Maureen Goodwin said if there is a case in the school, emails and letters will go out to parents of the kids who may have been exposed.

While several schools are settled into their plans for the semester, a few have decisions left to make.

Nathan Lazich and his parents are waiting to see what Parma City Schools decides to do.

In an Aug. 27 Facebook Live, district Superintendent Chris Simalek said they are working with the best information available.

"We tried to give definitive plans so you could make plans, but in hindsight, we should have said, our definitive plan is to come back when it is safe," Simalek said.

And that could be soon.

In a new plan released at the end of August, the district could start a hybrid program if Cuyahoga County stays in the Level 2 zone for COVID-19 metrics in the state's Public Health Advisory System.

Nathan Lazich is ready to go back to school. He said the district's plan could work but he wants fewer restrictions so it feels more like school did last year.