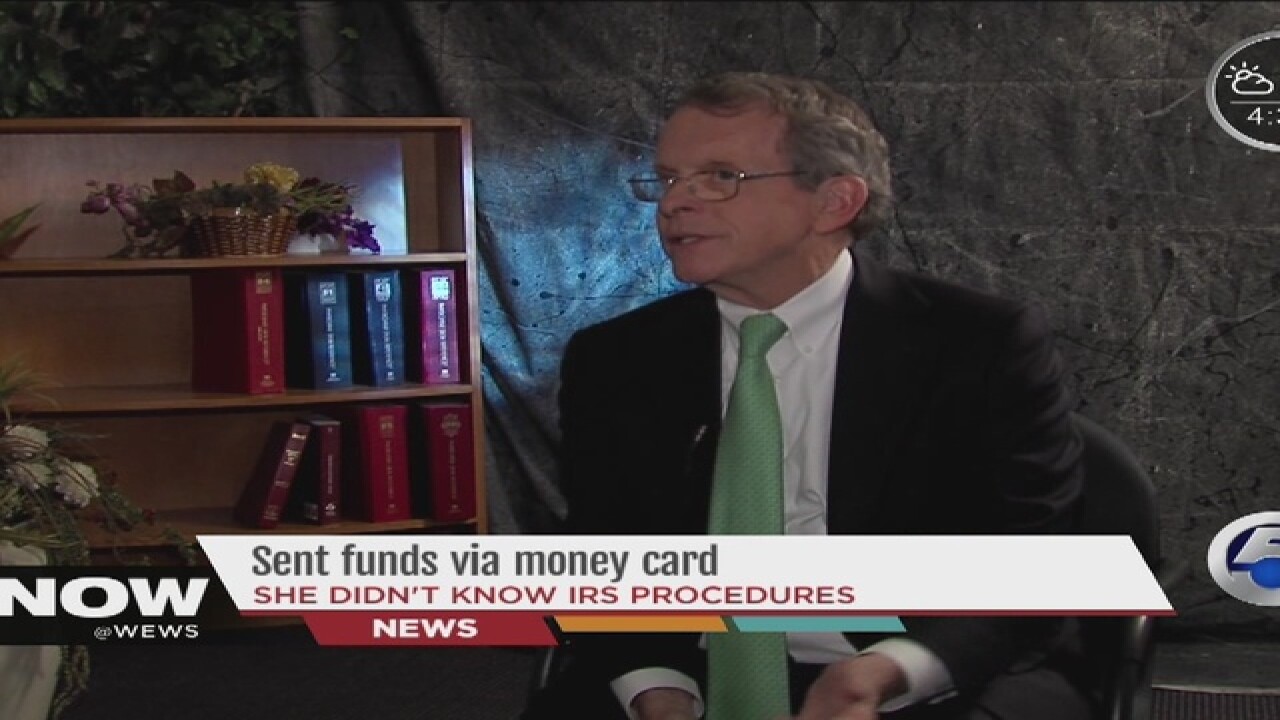 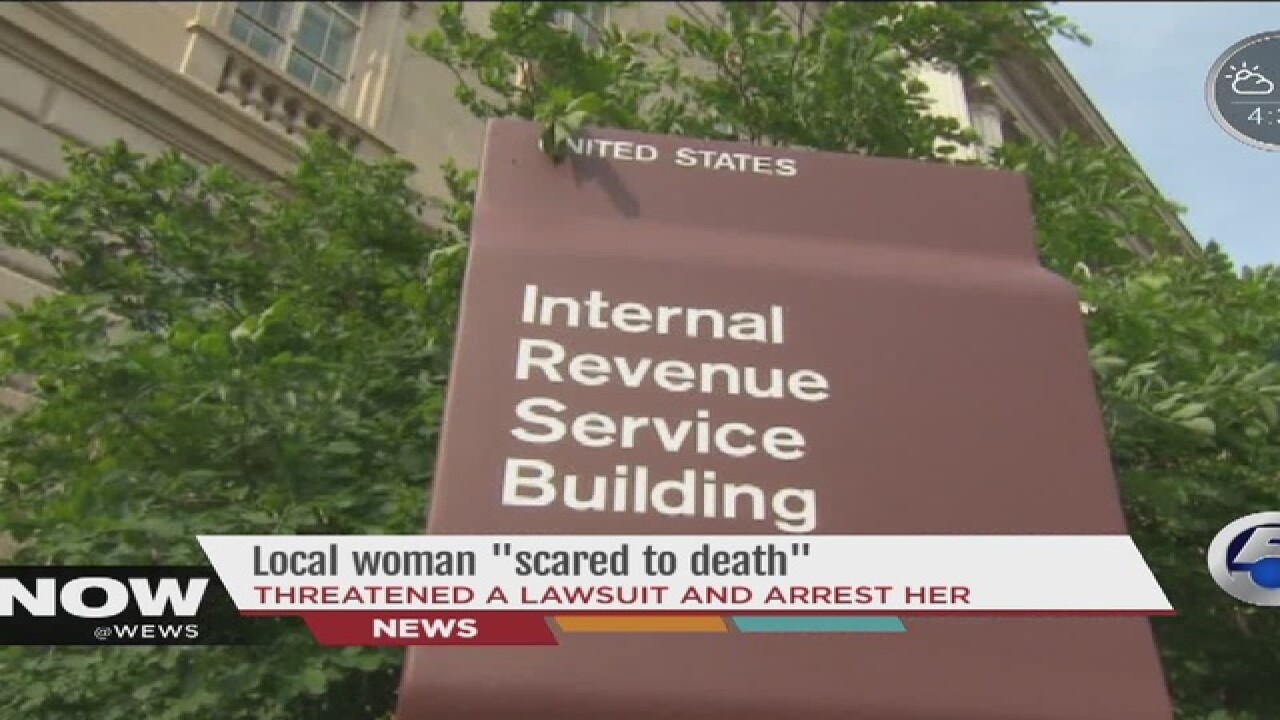 Hundreds of calls are pouring into the Ohio Attorney General's office about a crime that's taking thousands of dollars from Ohioans.

An IRS scam is running rampant with 700 complaints this month alone from people in Ohio who were either scammed by phony IRS agents demanding money or who keep getting the scam calls.

We pressed the attorney general about what's being done to track down these criminals and talked with a victim of this crime.

Because of that, she fell for the fake IRS agent that said her 2008-2010 tax returns had mistakes.

“I panicked,” she said. She sent the money via a pre-paid money card.

We had questions for Attorney General Mike DeWine about these kinds of criminals.

“The problem is that these people are smart. They're not dumb,” DeWine said.

We asked, “Shouldn't we be smarter?”

He answered, “Well, it would be good if we had the ability to track them down."

DeWine told newsnet5.com sometimes crooks will pay homeless people to pick up wired money for them.

They will spoof phone numbers to make it look like they're calling from Washington, D.C. with the IRS or somewhere else, but really it's a completely different number that's extremely difficult to trace.

And working with other countries?

"Many times, these foreign police departments, if we're only dealing with money they don't want to pay a whole lot of attention to it," the attorney general said.

DeWine also told us the IRS will never call you. It will send a letter. It will never demand money right away.

Just don't believe the calls like the woman from Painesville unfortunately did.

“It just makes me sick to think that somebody would do that," she told us.

The AG's office explained the two biggest obstacles in its investigations into scams like these are Internet phones that can be make calls from anywhere in the world.

Plus, re-usable money cards where numbers are taken over the phone and the money can vanish quickly.