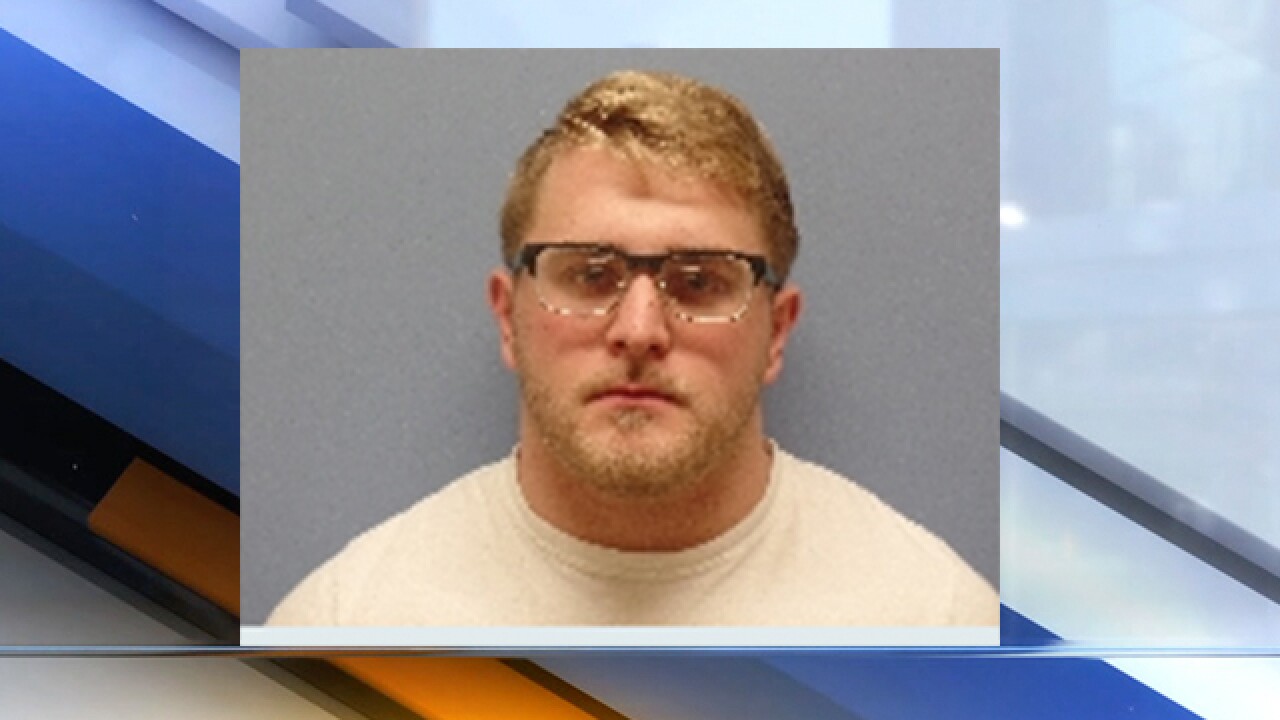 HURON TOWNSHIP, Ohio — Police have arrested an Indiana man who is accused of inappropriately touching underage girls at Kalahari, a report from the Erie County Sheriff's Office states.

Brandon Arven, 21, of Gas City, Ind., was charged with a third-degree felony of gross sexual imposition, according to court documents.

Deputies responded Sunday to Kalahari for reports from underage girls who claimed a man touched them while they were in the arcade.

Two girls told police they were in the arcade when a man allegedly brushed up against them, the report states.

One of the underage girls told police she bent over to put her game card into the machine when she felt a "firm brush against her buttocks," according to the report.

A third underage girl, who was near the bathroom in the arcade, told authorities a man brushed up against her, touching her buttocks. The same girl told deputies that she was bumped into again by the same man who used his hands and touched her from behind.

Deputies showed a still image of Arven from security footage to the girls who told deputies about the alleged touching. All the underage girls told deputies he was the man who allegedly touched them.

After hearing the reports from the juveniles, police arrested Arven in the water park.

According to the report, Arven told police he was looking for his girlfriend when they became separated. He said he was frantically looking around for her and did not intentionally grab anyone in the arcade.

Security footage of the arcade shows Arven walking back and forth past two girls in the arcade, the report states. At one point, authorities say, he walks past them a fourth time and in close proximity, throws out his left arm, brushing one of the juveniles in the buttocks.

A deputy who watched the footage said there was "plenty of space that Brandon could (have) easily walked by without making any contact to the girl," the report states.

In the report, a deputy who watched the footage said, "Brandon does not appear to be rushed or frantically looking for his girlfriend as previously stated."

Arven is scheduled to be arraigned at Huron Municipal Court on Friday at 8:30 a.m.