6th-grader holds Socktober drive and donates 2,199 pairs of socks to The City Mission 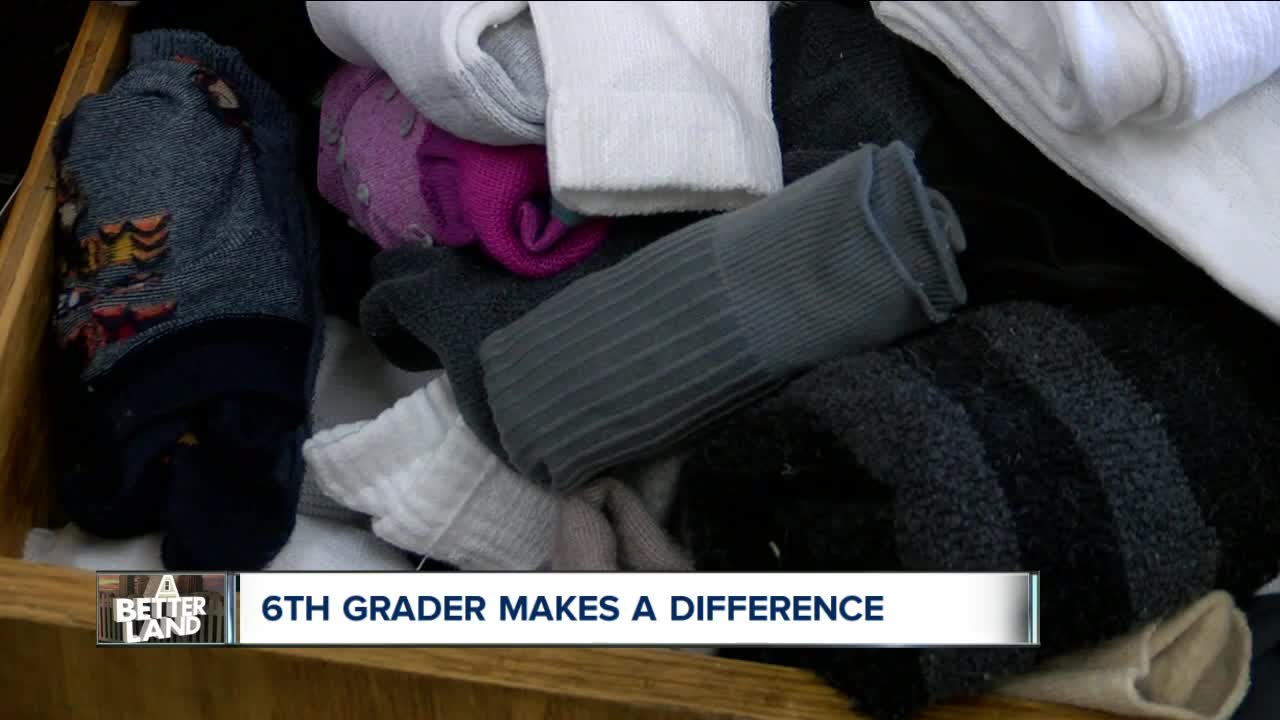 Today Ryan Hill plans to donate 2,199 pairs of socks to The City Mission. If you think that’s impressive, just wait for this next part. Ryan Hill is only 11 years old! 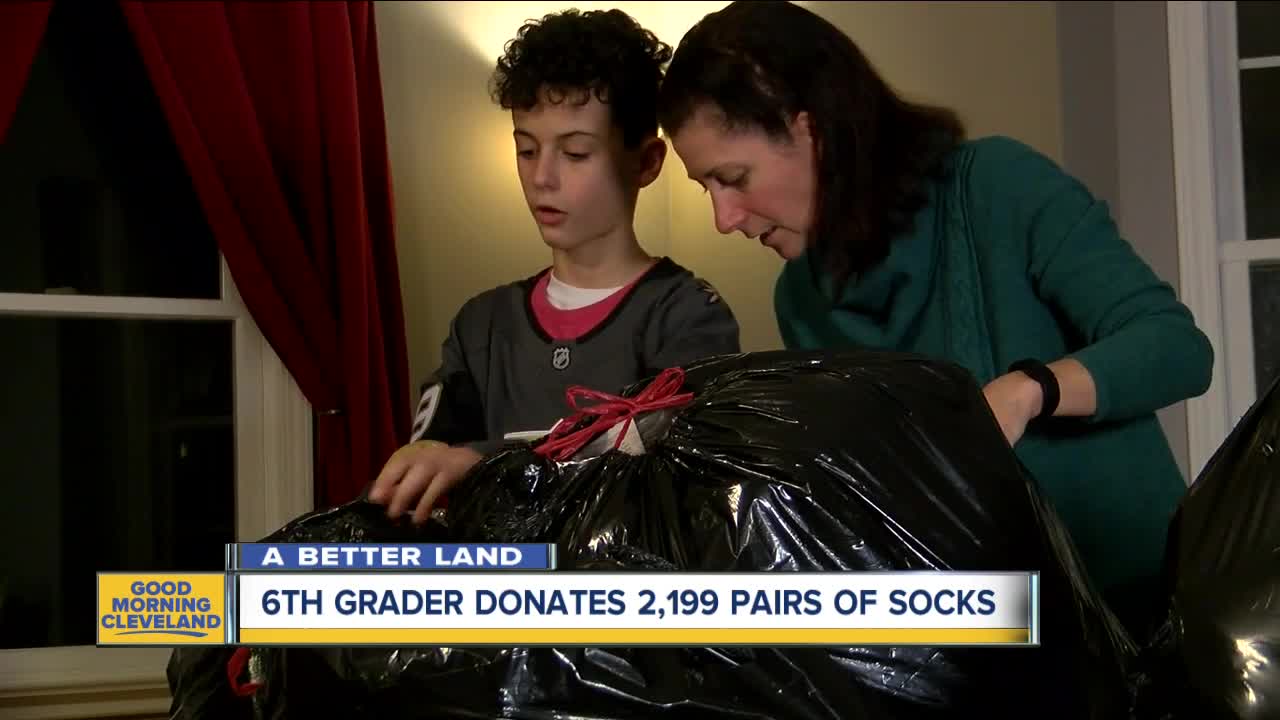 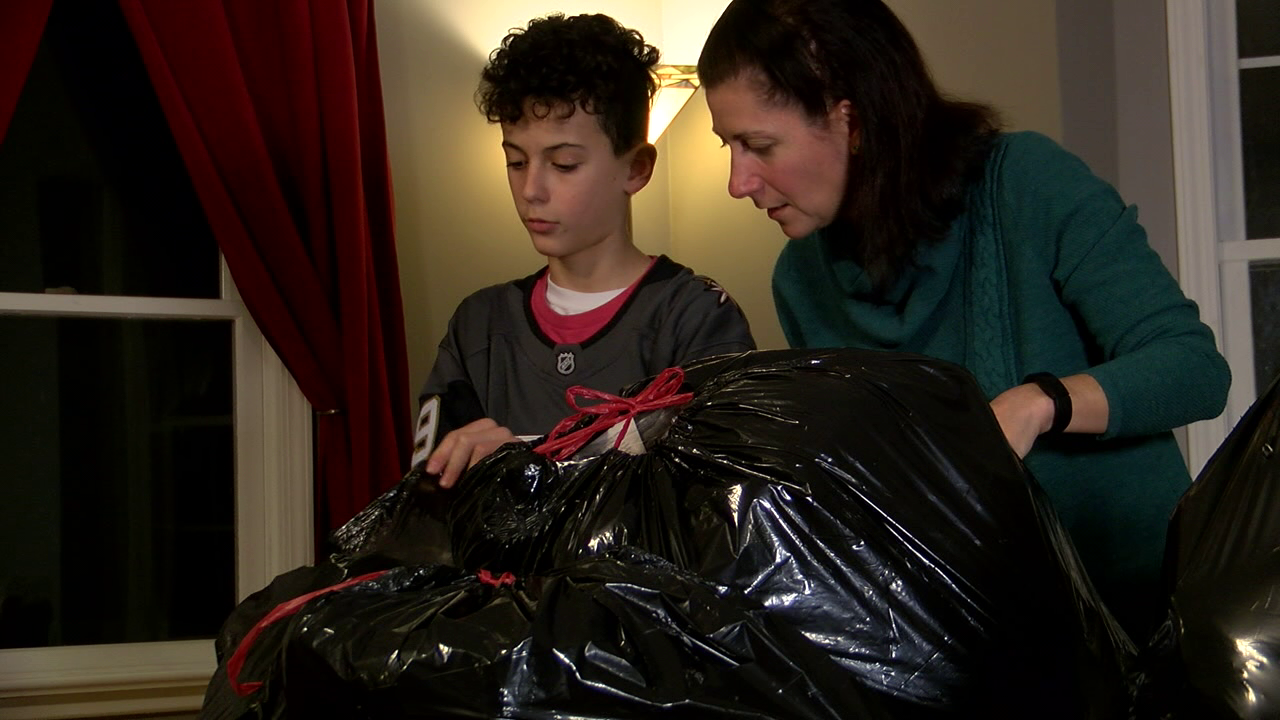 WESTLAKE, Ohio — Tuesday afternoon, Ryan Hill donated 2,199 pairs of socks to The City Mission. If you think that’s impressive, just wait for this next part. Ryan Hill is only 11 years old! Ready to even more amazed? He’s been doing this since he was 7.

The Westlake 6th-grader was inspired to make a difference back in 2016, on his way to a hockey game in Columbus. He saw a homeless man, and asked his mom if they could give the guy some money. She handed him a few bills and Ryan offered them up. "This man was just so overwhelmed and so excited and happy and so pleasant and polite to Ryan," Jennifer Hill told us.

But that wasn’t the end of Ryan’s taste for philanthropy. About a week later, back at home in Westlake, there was a thunderstorm. Jennifer explained, “Ryan wakes up in bed and he comes to my husband and I and he said 'mom, dad, where do homeless people go when it rains?’"

"We started out small in Ryan's elementary school and the mayor's office and then through his hockey club,” Jennifer told News 5. Even starting small, Ryan donated about 1,000 pairs of socks that first year. "It's gotten bigger and bigger every year,” he said.

Now the Socktober drive has become an annual tradition, and Ryan plans to keep it that way: "I've kind of gotten used to it because I've been doing it for so many years it's just like a habit, I just want to keep doing this,” he said. He’s even gotten the whole family involved. Jennifer said, "Last year my younger son was still at the elementary school so he went to the principal and said, 'hey can I lead up the elementary school collection?'"

The City Mission is grateful for Ryan’s passion. Michael Parry, the Major Gift Officer who’s been working with Ryan the past few years, told News 5 "Most kids his age are not thinking of things like this but Ryan had the vision and the desire to do it and it's paid big dividends."

Donations like Ryan’s can be put to use immediately.

“At any given time,” Parry said, “we have 250 men, women & children staying with us and most of the time they come with just the clothes on their back."

If you’re feeling inspired, The City Mission is always looking for donations of new socks and underwear. Hygiene products like toothbrushes are another major need, along with infant formula and disposable diapers.