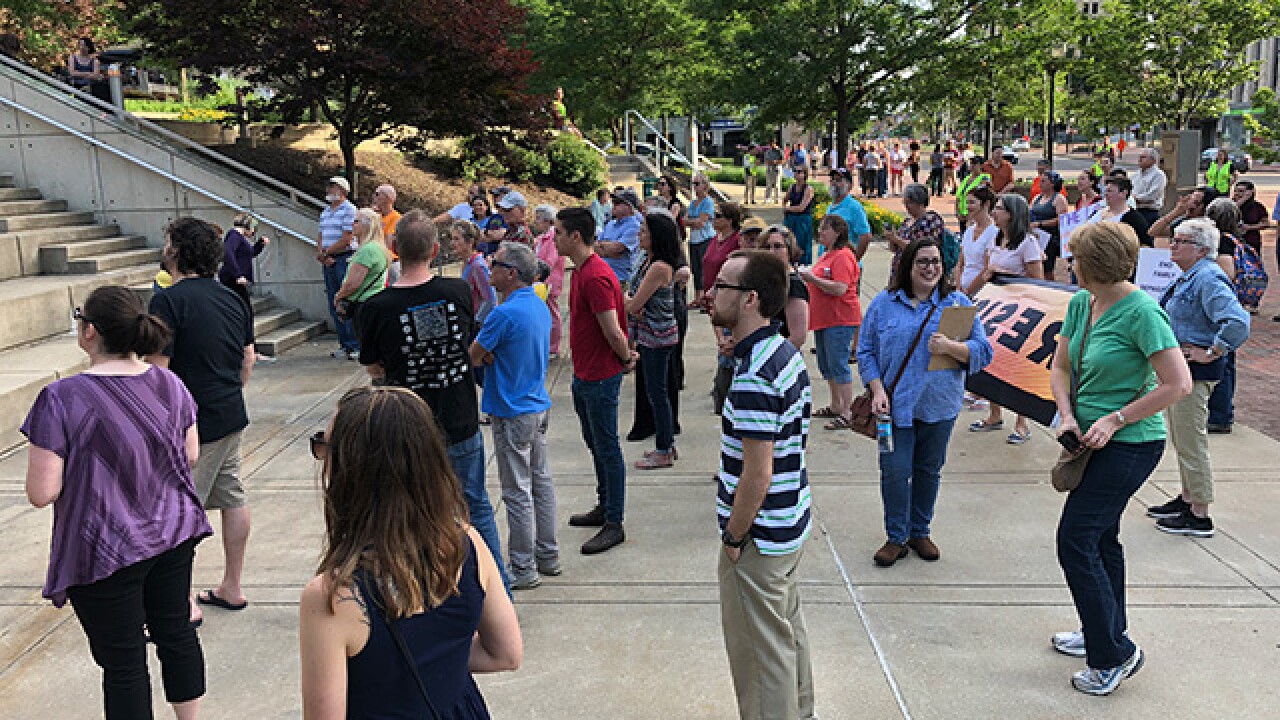 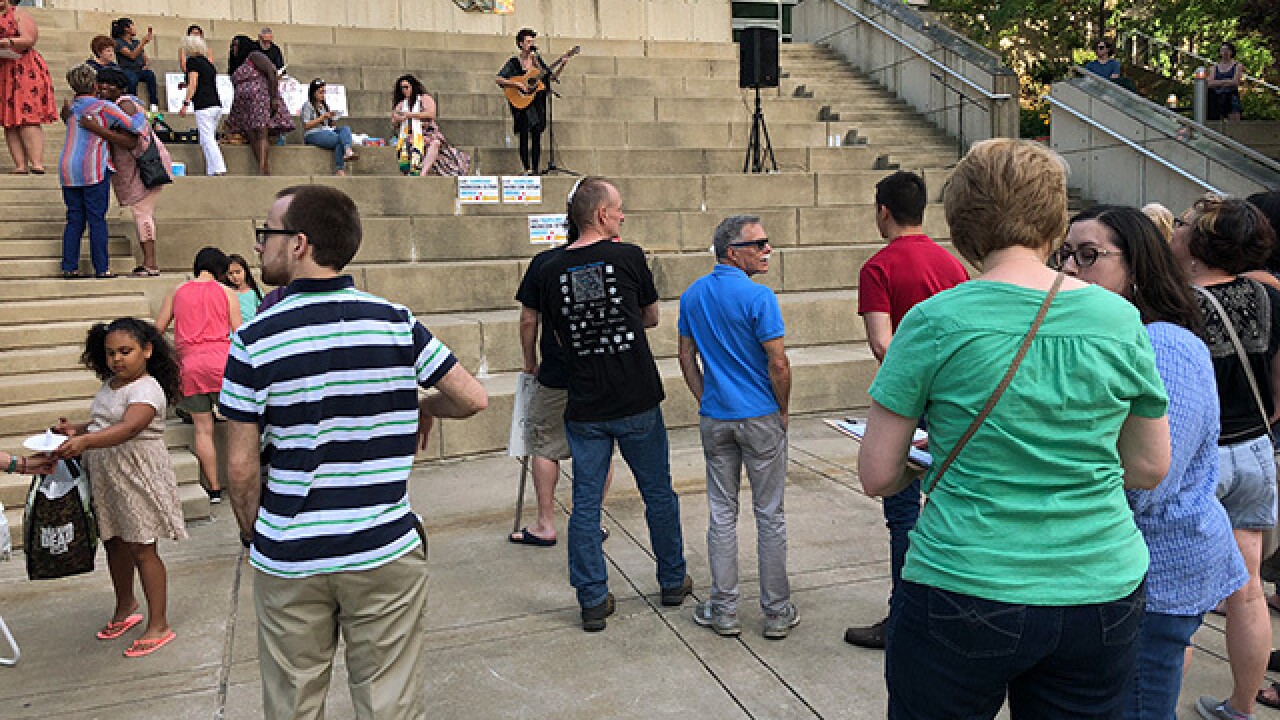 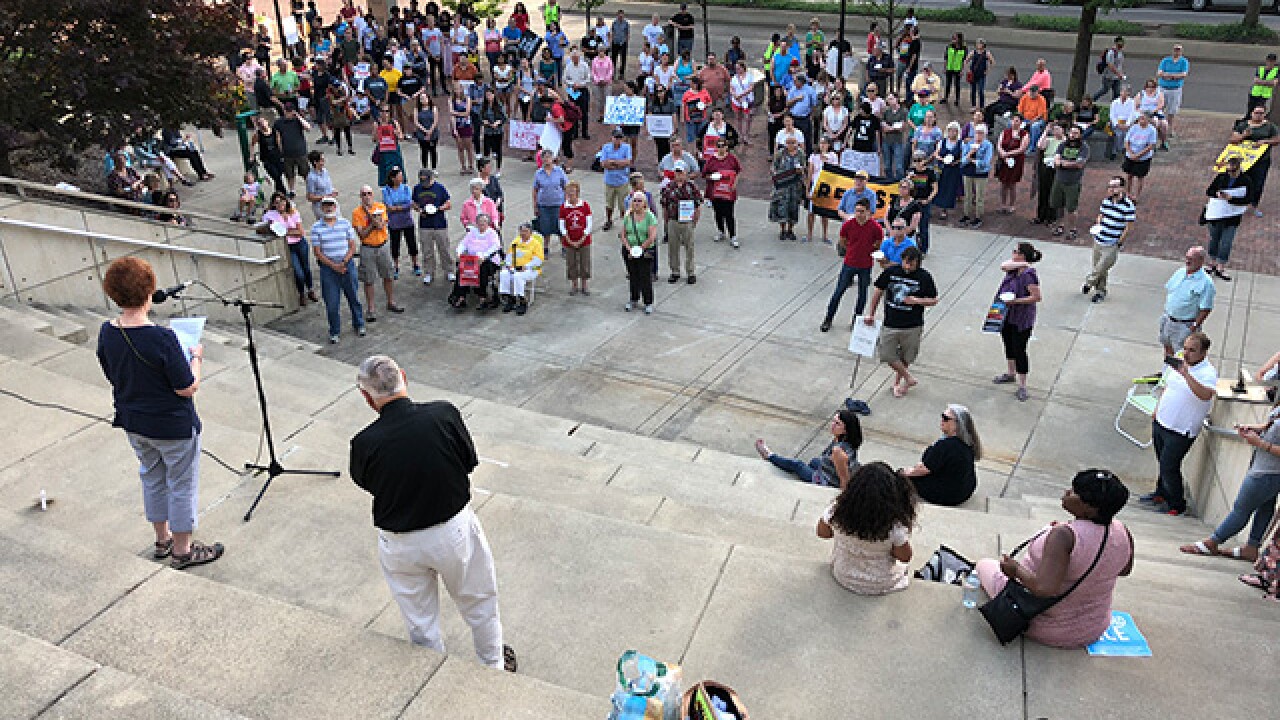 Protests sprang up across the country on Thursday as Americans spoke out against a Trump administration policy of separating immigrant children away from their parents when families cross the U.S. border illegally.

Families are being split up as children are labeled "unaccompanied minors" and sent to government custody or foster care. The parents are criminally charged.

In Akron, about 200 people came out for the "Families Belong Together" protest. The demonstration was held at the corner of Main and Mill.

"Truly when we come together in this way, we're not just fighting for the rights of others, we're fighting for the rights of all, because it's when we come together in unity and inclusion that we experience to fuller spectrum of what it means to be human beings," Pastor Debbie Saxe of the First Christian Church Cuyahoga Falls said.

The Trump administration insists it is simply upholding the law, saying children cannot be sent to jail, so families must be separated.

"I would cite you to the Apostle Paul and his clear and wise command in Romans 13, to obey the laws of the government because God has ordained the government his purposes," Sessions said.

"I can say that it is very biblical to enforce the law," Sanders said. "This is actually repeated a number of times throughout the bible."

Things got heated in the press briefing room on Thursday when reporters pushed Sanders to answer questions about the issue.

"Come on, Sarah, you're a parent. Don't you have any empathy for what these people are going through? They have less than you do," one reporter said.

Sanders, clearly frustrated, did not respond to the question and asked him not to speak out of turn.

"You're a parent. You're a parent of young children. Don't you have any empathy for what they go through?" https://t.co/uvXdqiKwy7 pic.twitter.com/KmVGocazUd