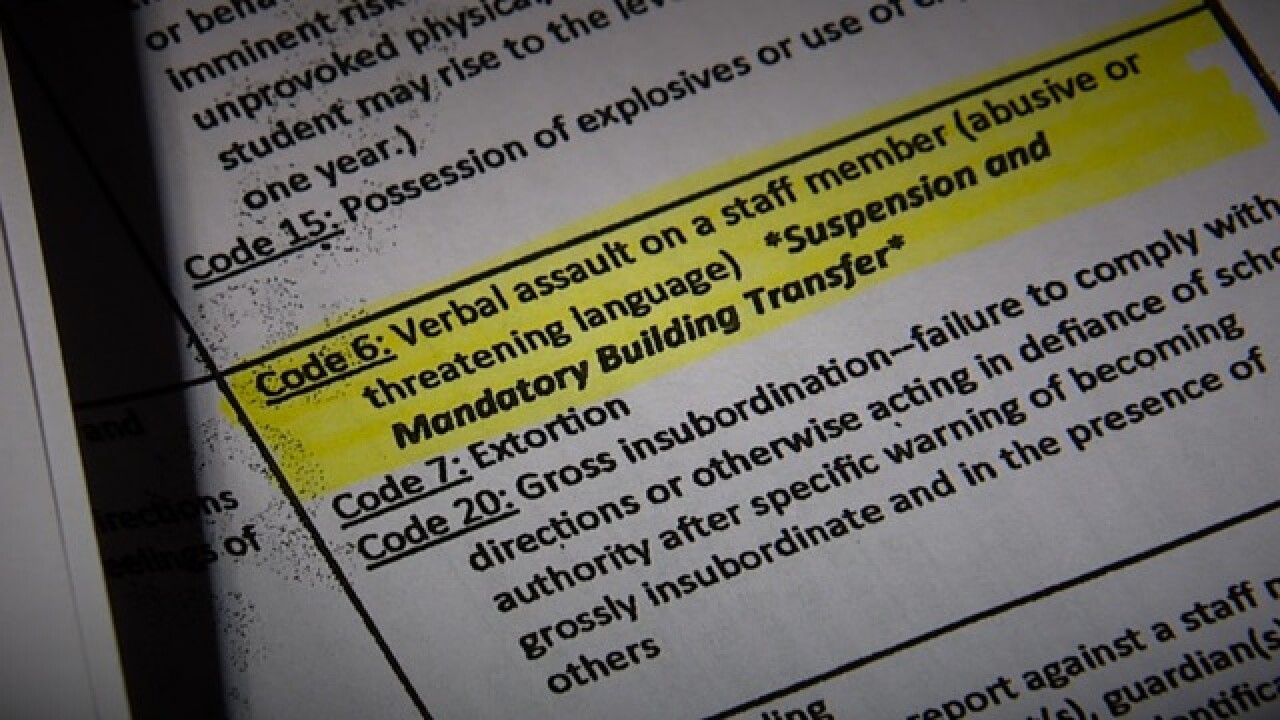 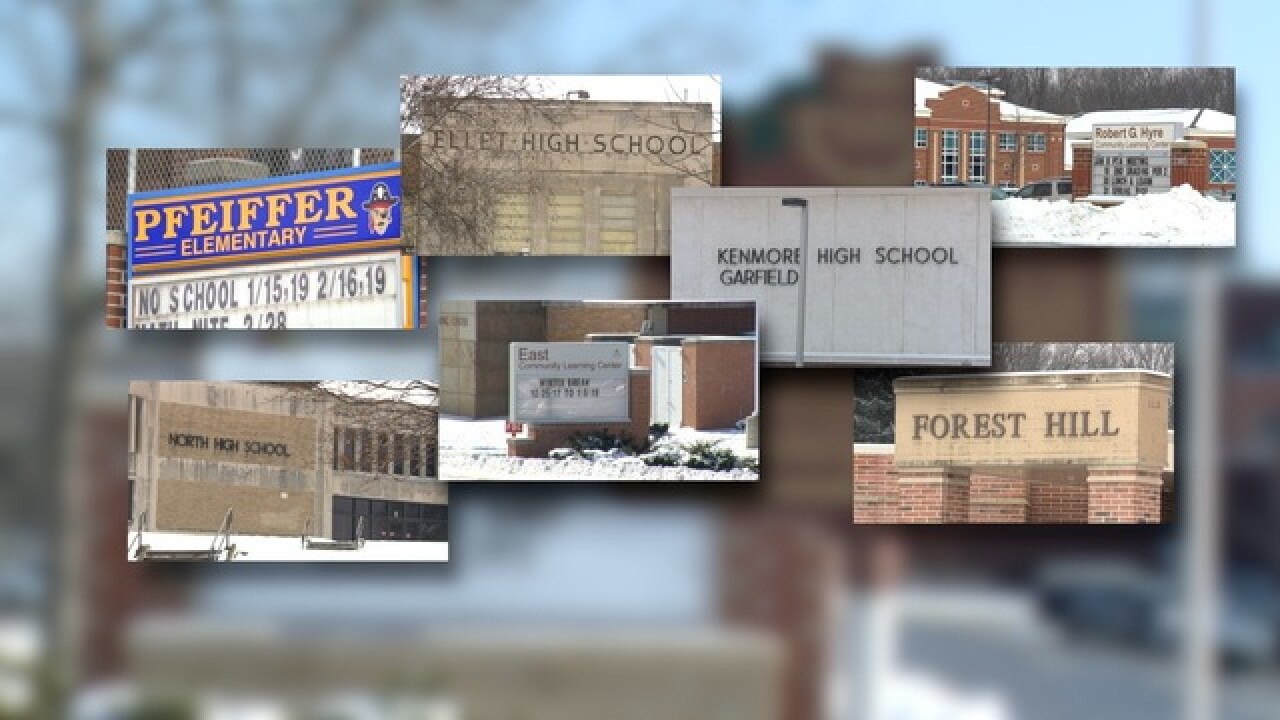 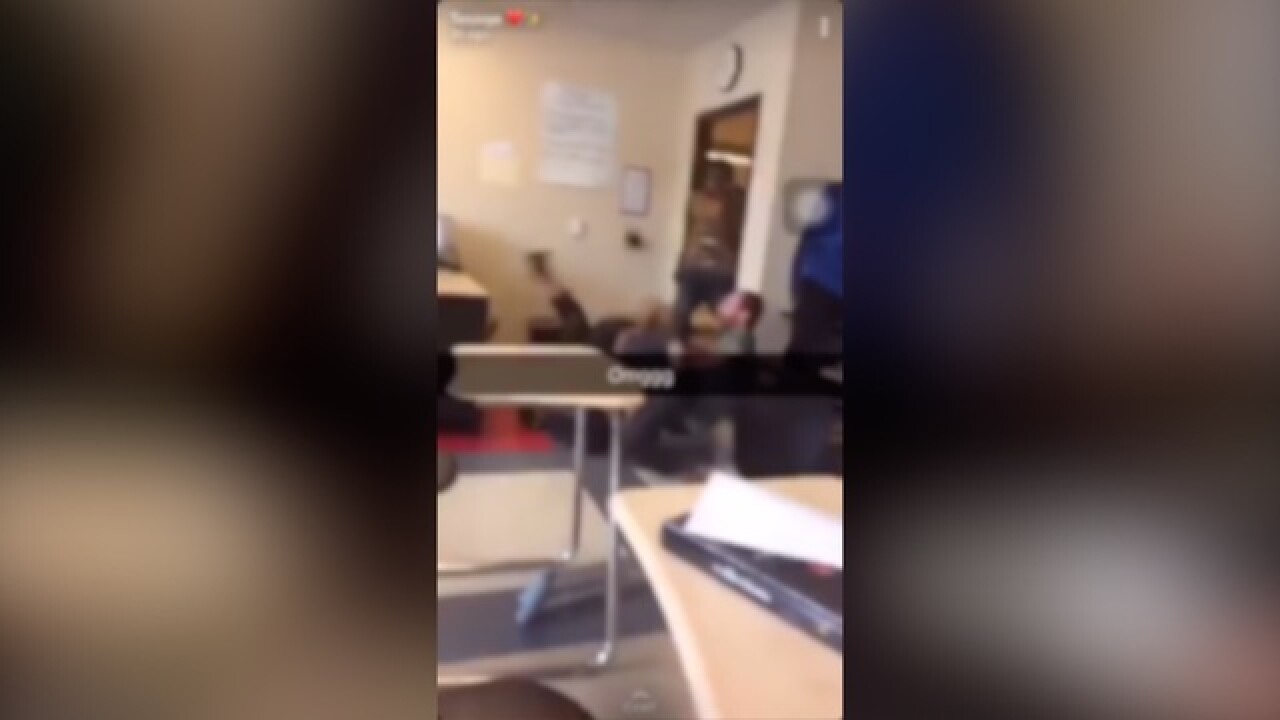 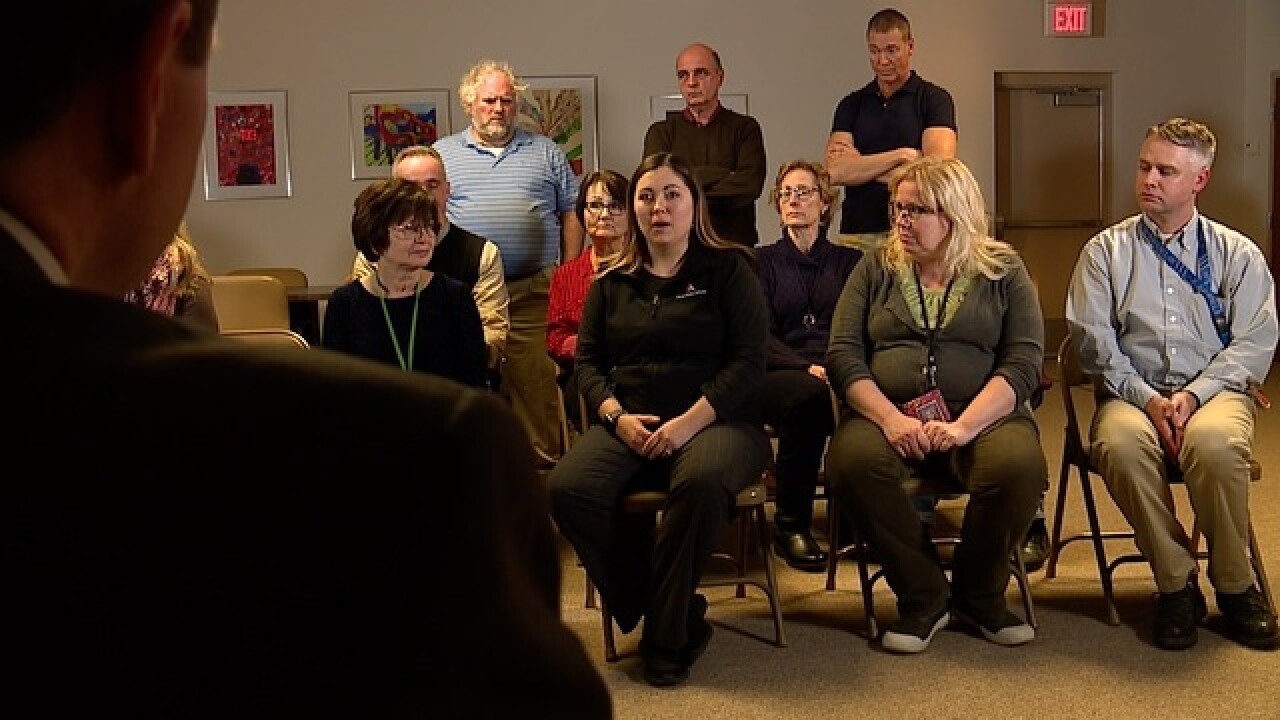 A large number of Akron school teachers rallied Monday afternoon before a school board meeting. The "Safe Schools Rally" began at 4:30 p.m. The board meeting took place at 5:30 p.m.

The Akron Education Association has filed multiple grievances on behalf of teachers or counselors, arguing the district is not properly handling discipline after students verbally or physically assault teachers.

The president of the union, Pat Shipe, plans to address the board.

Akron School Board President Patrick Bravo said he's looking forward to hearing from the teachers and addressing their concerns.

"We take the safety and security of our students and our staff very seriously. I don't believe that we're violating the union contract. There are a lot of factors that go into the decisions that are made regarding student discipline," Bravo said.

Several teachers spoke exclusively to News 5 to outline their concerns for a story that aired last week.

Keith Rawling thought it was over. The 39-year-old English teacher at East High School in Akron believed he had defused a violent situation in his classroom, up until the point where he was suddenly hoisted off his feet and body-slammed to the ground by a 15-year-old student.

'It was very scary'

The November 14 incident, which was captured on a student's cell phone, was witnessed by several gasping kids and caused one girl to yell, "Oh my God!"

According to an Akron police report, the 10th grader, who was not part of Rawling's class, entered the room screaming vulgarities and wrestled with another student over a hairbrush.

Rawling got in between the teens and was verbally threatened by the aggressive student. The report states the student first yelled at Rawling, "F*** your dumb a**" and moments later said, "I'll beat the f*** out of you." Still, the veteran teacher managed to get the boy out of the classroom.

The teacher's back was turned to the student as he walked back into his room to call security.

"Out of nowhere, I was off my feet and to the ground within two seconds. It was very scary," Rawling told News 5. "He very aggressively picked me up and slammed me on the ground."

Police charged the student with assault and menacing. He has a hearing February 16 in Summit County Juvenile Court.

In addition, administration at East referred him to Pupil Support Services with a recommendation for expulsion. He served a suspension and was transferred to another school building, but was not expelled.

That infuriated Rawling who felt the district violated the contract between the Akron Board of Education and Akron Education Association, by not expelling a student who had committed a violent attack against him.

"In certain situations, I don't feel as safe as I did prior because things like this have happened to me and it seems like they could continue," Rawling said.

Rawling is one of 22 Akron teachers or counselors who has filed grievances this school year over the way the district has handled disciplinary action for students who committed physical or verbal assaults.

Many teachers are planning to voice their concerns over the issue at Monday's school board meeting which starts at 5:30 p.m. A "safe schools rally" is also being organized before the meeting.

"The strike was a turning point when we had all eyes on the problem and came to what we felt was a solution," Shipe said.

Statistics provided to News 5 by district officials show there have been 36 confirmed physical assaults and 64 confirmed verbal assaults against Akron teachers during the 2017-18 school year.

District spokesman Mark Williamson estimated 70 to 75 percent of the cases happened as teachers were breaking up fights between students.

Superintendent David James said he takes the union's concerns seriously, but he added hearing officers must make sure they have the right response to an infraction and not preordain a punishment.

"They (the union) believe that if a principal recommends an expulsion, we should just rubber stamp it, but we do have that legal process that kids are afforded by federal law," James said.

James also believes the definition of verbal assault is wide in the contract and not every case rises to the level of a building reassignment.

"You could call someone a cabbage head and that could be a verbal assault," he said.

In the physical assault on Rawling, James acknowledged the student should have been expelled, but he said the principal did not provide the crucial video evidence inside the student's hearing.

"Tried to provide it outside of the hearing. Legally, it should be presented in the hearing because parents have a right to see evidence against their child."

Rawling pointed out that the same student who attacked him also verbally threatened him the previous school year in a bathroom when he said, "I'm gonna f***** kill you." Rawling said nothing happened to the boy and he was back in school the next day.

Shipe said the physical and verbal assaults are not limited to high schools. Some of the grievances relate to cases in the middle and elementary schools.

Shipe said a pregnant teacher was assaulted twice by a first grader at Leggett Elementary School during the current school year.

She said a boy had "a meltdown" and began kicking, hitting and punching the teacher in her stomach.

The child was returned to the classroom where a second incident happened.

"He did the same thing. He came at the teacher, and in this case, head-butted her, punched her in the stomach," Shipe said.

After that, the boy was referred downtown with a recommendation for expulsion. Instead, he was returned to the teacher's classroom again and then moved to the class next door.

James did not recall that specific case, but pointed out that some kids who commit assaults have special needs.

"Is that a manifestation of that kid's disability? Could it be an emotionally disturbed kid?"

'It's detrimental, him coming back...'

In another grievance, Dan Richards, a counselor at Kenmore Garfield High School, said he asked a disruptive student to leave a classroom during the 2016-17 school year.

Richards said the student got in his face in a threatening manner, bobbed his head from side to side and sad, "You're gonna have a problem."

The boy was transferred to East High School, according to the union.

But Richards was shocked when the student was allowed to re-enroll in Kenmore Garfield this school year.

"It's detrimental him coming back into that building. I took it a little as personal and professional affront," Richards said.

Both sides agree it's small percentage of kids committing the assaults and some of them are repeat offenders.

Shipe said of the 20,000 APS students about 2 percent are causing the trouble. James said 80 to 85 percent of students have no disciplinary history.

The school board is planning to form an ad hoc committee made up of faith-based people, court personnel, police officers and members of the teacher's union. The committee will look at disciplinary procedures and investigate the need for additional alternative programs for students.

The committee is expected to be a topic at Monday's board meeting.