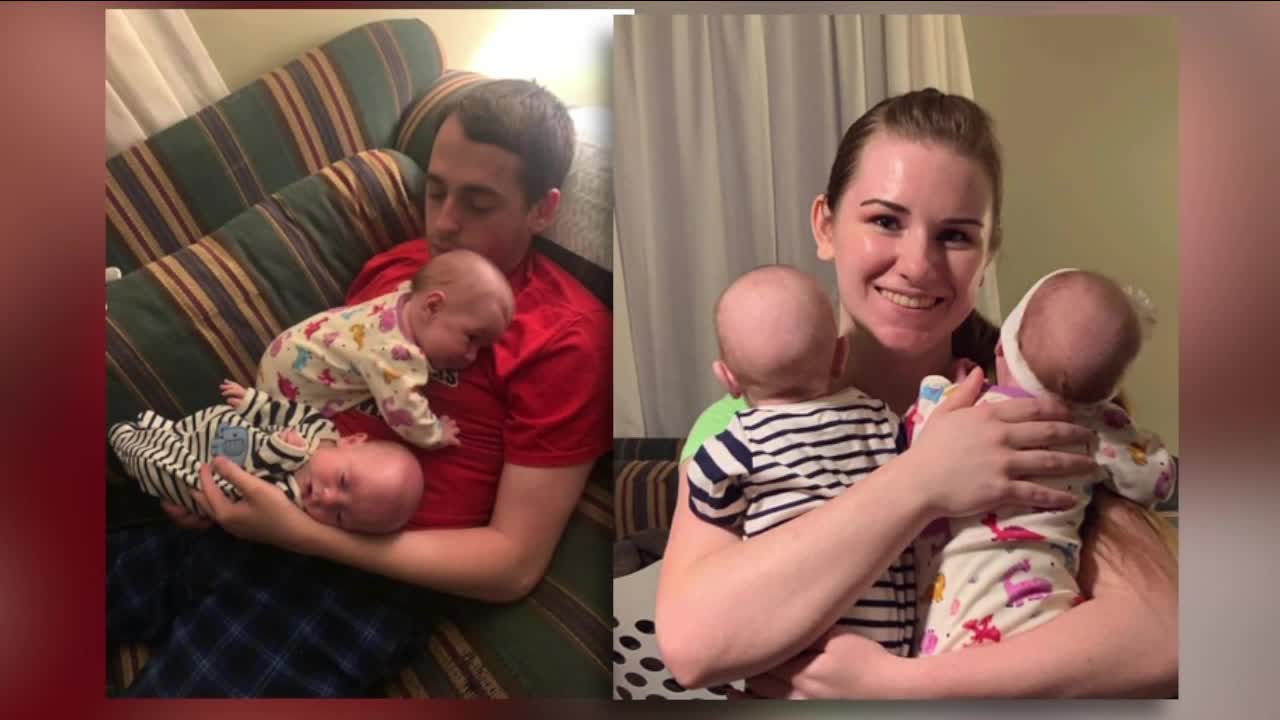 Hannah and Jacob Merton, the Barberton couple who found out in October 2019 they were pregnant with quintuplets, shared an update on how the babies are doing four months after their births. 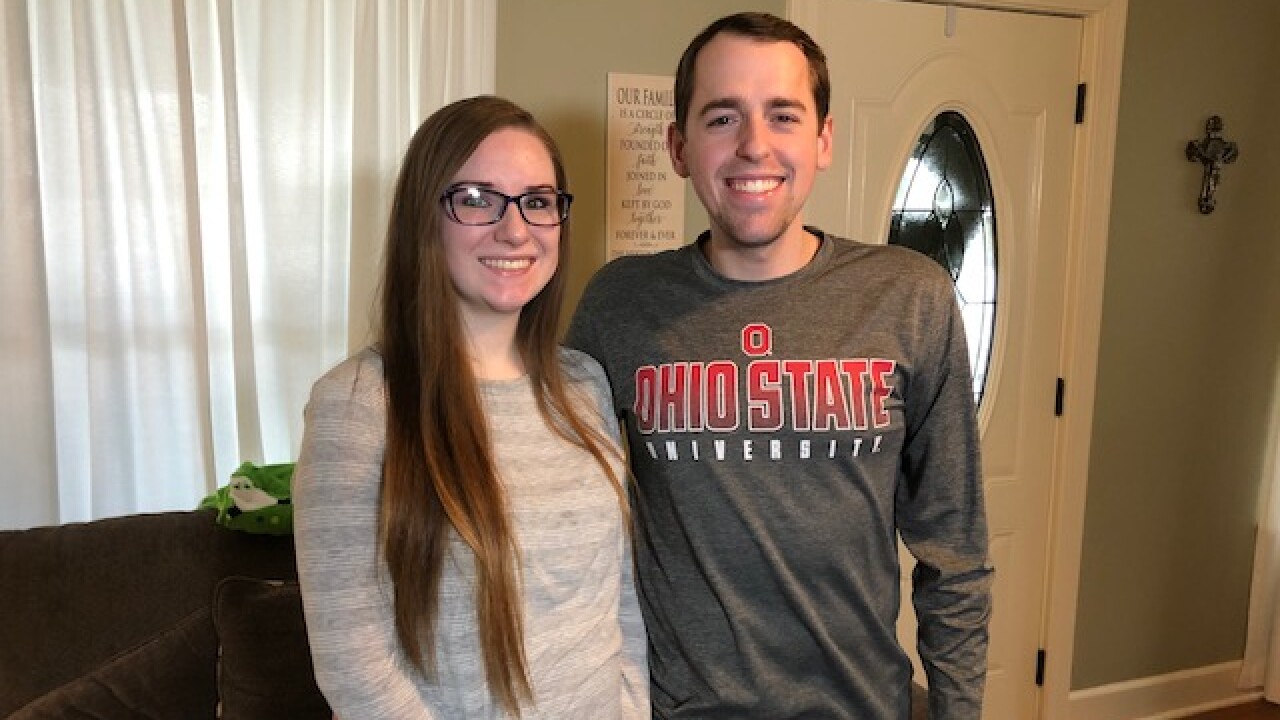 BARBERTON, Ohio — Hannah and Jacob Merton, the Barberton couple who found out in October 2019 they were pregnant with quintuplets, shared an update on how the babies are doing four months after their births.

Two of the babies have been able to come home from the hospital, the couple posted on the Facebook page dedicated to providing updates on their family.

Elliot and Philomena, who they call Mena, are home from the hospital and doing very well, the Mertons said. They said they knew Mena needed to come home and pushed hard for it, and it paid off as she pulled the feeding tube out of her nose the day she came home and hasn’t needed it since.

The Mertons said that Elliot is a "momma’s boy" who is very low maintenance and happy.

“Elliot is the sweetest baby alive,” the Mertons wrote on Facebook. “He has some pretty intense reflux problems which we are trying to get figured out but he sure loves to eat! Just a shame he can’t keep it down.”

As for Gideon and Evangeline, who they call Evie, they’re still in the hospital, but the Mertons hope they’ll be able to come home soon.

Evie is still working on feeding with a bottle and still has some reflux, but her parents hope she’ll catch on to feeding so she can join her brother and sister who are already home.

Gideon will likely take a little longer to come home as he is recovering from a recent surgery, the Mertons said.

After a month of suffering from recurring collapsed lungs, the Mertons made the difficult decision to proceed with a tracheostomy, a ventilator tube in his neck to help him breathe. Gideon is currently recovering and doing well, but the Mertons expect for him to be in the hospital possibly into next year.

Unfortunately, days after the babies were born the Mertons shared the heartbreaking news that Meredith, Baby ‘D,’ had died.

“My Perfect little girl was such a fighter she didn’t give up until the very end, but ultimately God decided it was time to take her back home. She was too pure for this evil world and I feel as tho God wanted to keep her just the way she was,” the Mertons wrote on the Facebook post honoring Meredith.

The couple said although the past few months have been busy and overwhelming at times, looking at their babies makes it all bearable.

“It gets overwhelming sometimes. But when I look at these sweet babies it makes every second worth it and I wouldn’t trade it for the world! I feel like I was destined to be their mommy and I’ve never felt happier or more content with my life,” they wrote on Facebook.