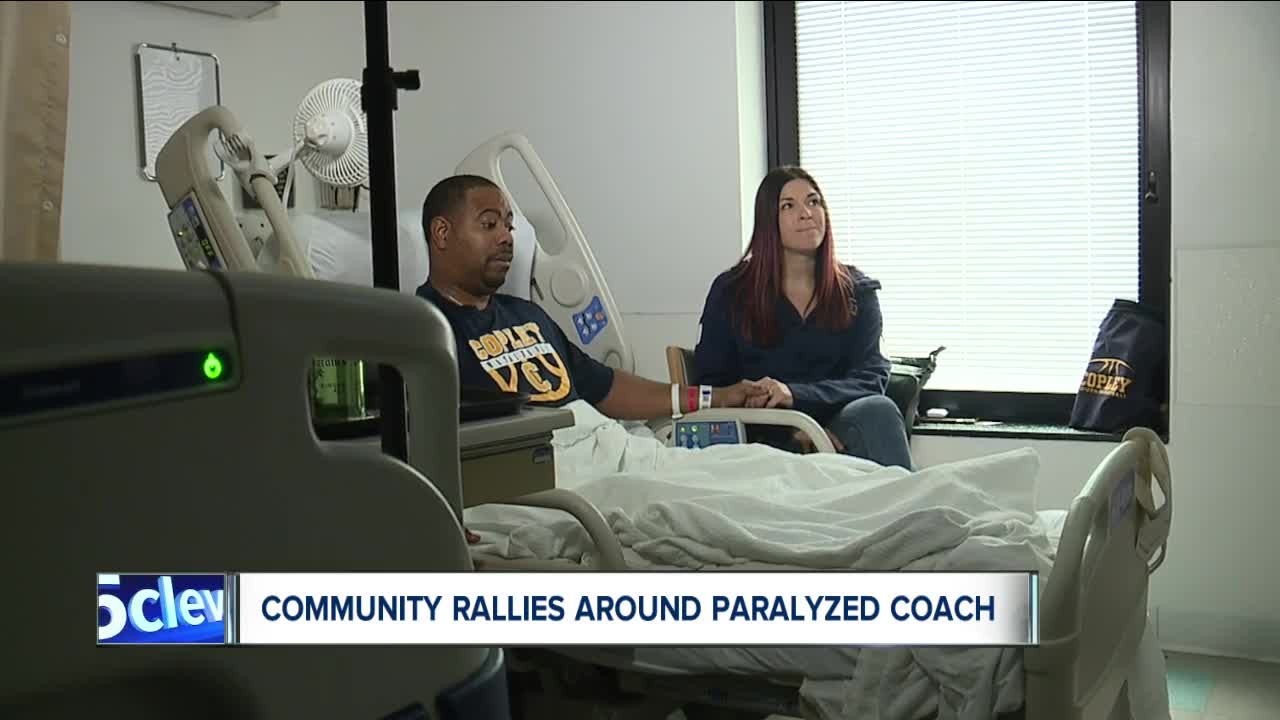 At the end of January, Solon’s assistant principal and Copley Youth Basketball Director Antoine Campbell went in for a fairly routine outpatient surgery, but things did not go as expected and he woke up paralyzed from the waist down. 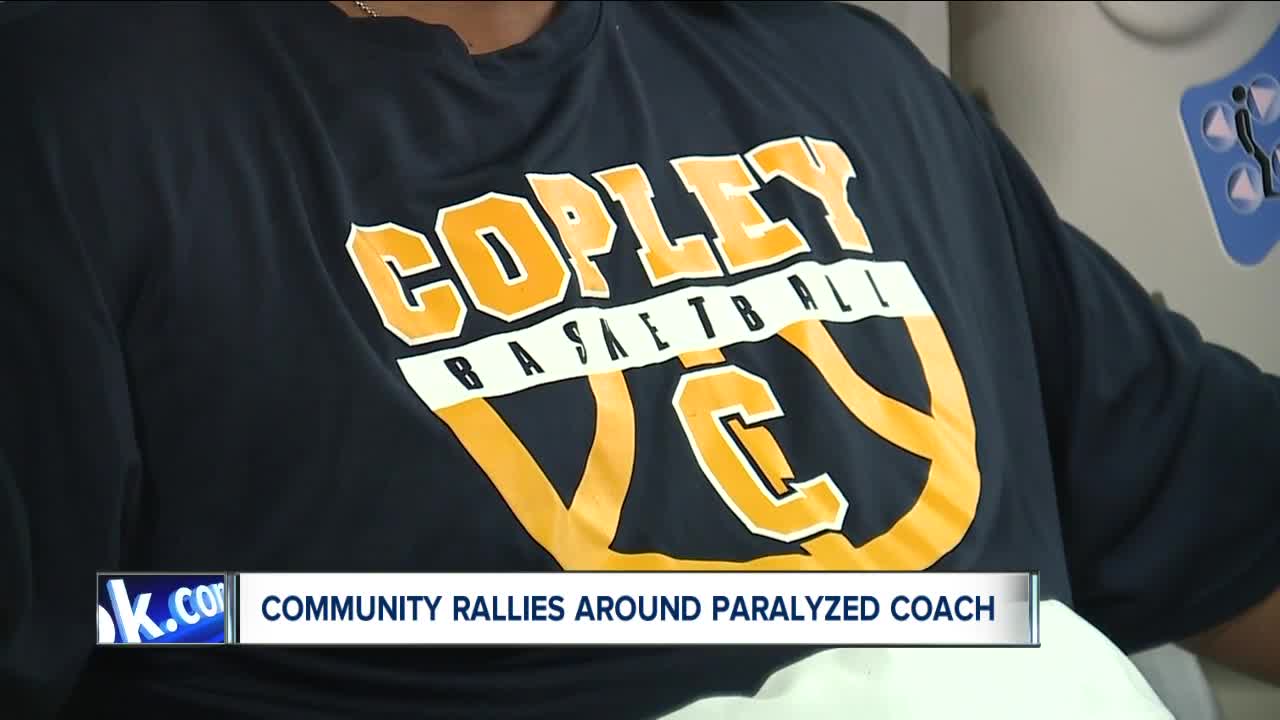 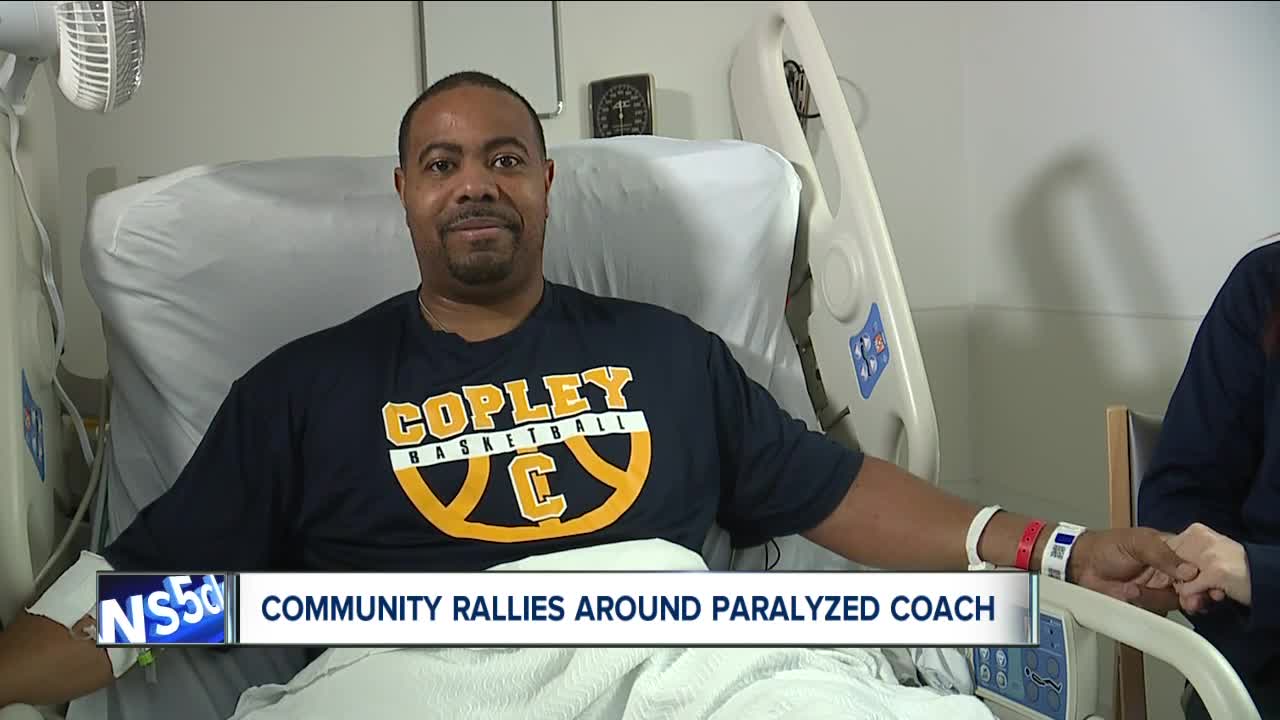 AKRON, Ohio — At the end of January, Solon Middle School assistant principal and Copley Youth Basketball Director Antoine Campbell went in for a fairly routine outpatient surgery, but things did not go as expected and he woke up paralyzed from the waist down.

“He has just touched the lives of so many,” Jodi Campbell, Antoine’s wife, said.

The couple has four children who Antoine’s friends describe as the Copley coach’s “first team.” That team consists of his 17-year-old son Antoine Campbell Jr., his 14-year-old son Tysen, his 12-year-old daughter Tyah and his 10-year-old son Jace.

Antoine’s supports his children and their passions in both sports and education and arts.

The coach has been a postive role model for his children, players and all those who know him.

The procedure
On Jan. 20, Antoine walked into the hospital to undergo outpatient spinal stenosis surgery to relieve compression of the spinal canal and alleviate some symptoms associated with spinal stenosis. While fairly routine, as with any surgery, complications can arise. When Antoine woke up from the surgery, he couldn’t move his legs.

“I woke up from the surgery paralyzed from the waist down, but with the hope and strength that [feeling] will regain once the swelling and all the bruising goes down from the surgery,” Antoine said.

While the 44-year-old coach will work hard in physical therapy to regain feeling and mobility in his legs, doctors told him time is the biggest factor in his recovery.

“They told me time is everything. Time will tell if it goes down and the nerves aren’t damaged and they will wake up or time will tell if they are damaged,” Antoine said. “I’m sure I’ll be left with some difficulties, something may not regenerate which is something I’ll deal with, but they’re hopeful that it will come back.”

Making the most of it
Despite waking up paralyzed from the waist down, Antoine isn’t letting the situation bring him down.

“I just figure I could have [a bad] attitude but that’s not going to do anything for me, that’s not going to lift my spirits or make it any better so I just choose to have this [positive] attitude,” Antoine said. “We preach at school about mindfulness and how your mind controls your outcomes and what you do to the kids, so it actually is not that hard to try to practice what we’ve been teaching in Solon for years.”

Antoine’s positive attitude is likely a major reason he’s so beloved in his community. So beloved, in fact, that in just a day, his community has raised nearly $40,000 to help assist him and his family.

A GoFundMe was created to help Antoine and the Campbell family with medical bills and potential home remodeling costs if Antoine remains paralyzed and permanently requires a wheelchair for mobility.

“It may not come back and that’s a reality I have to be prepared for. I’ve prepared myself to make the best out of the moment I’m in and just do whatever I can to take care of my family as much as I can,” Antoine said.

Jodi said she is grateful for the outpouring of support from the community.

“There’s some good that comes out to be able to see how much you’re really loved and we really feel loved from our community and our friends and our family, it’s just amazing,” Jodi said.

For information on how to donate to the Campbell family, click here.