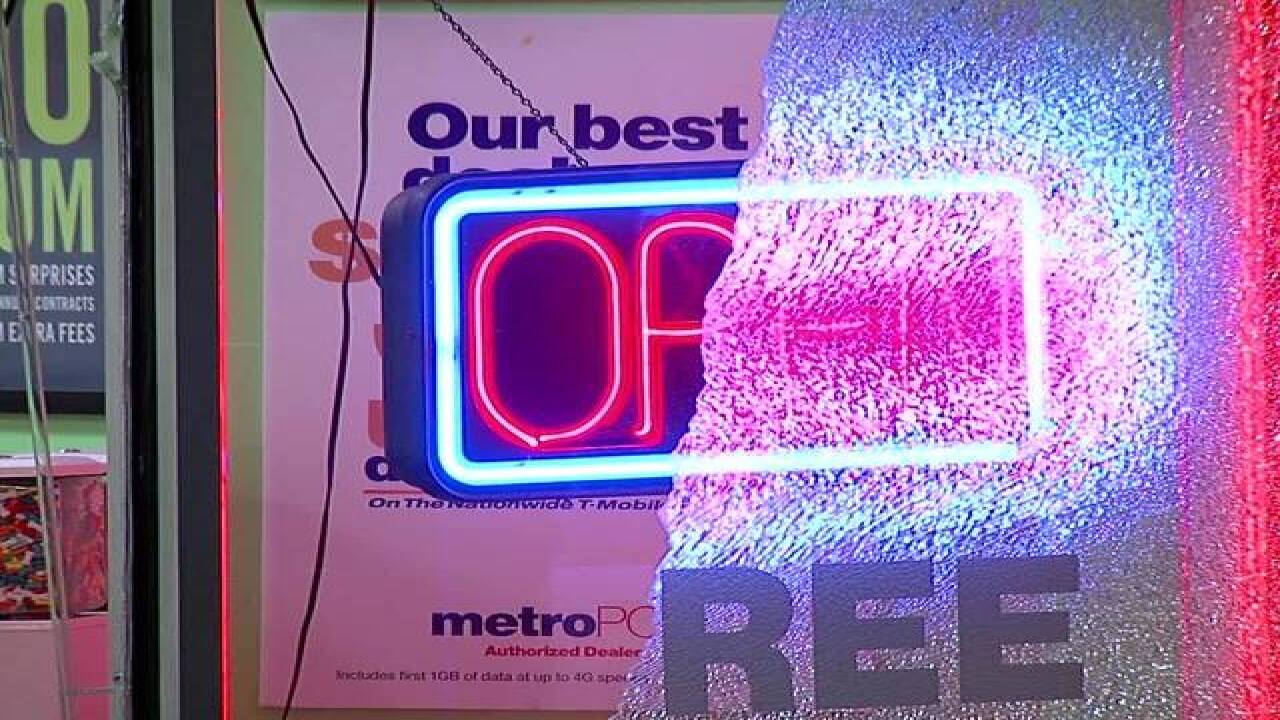 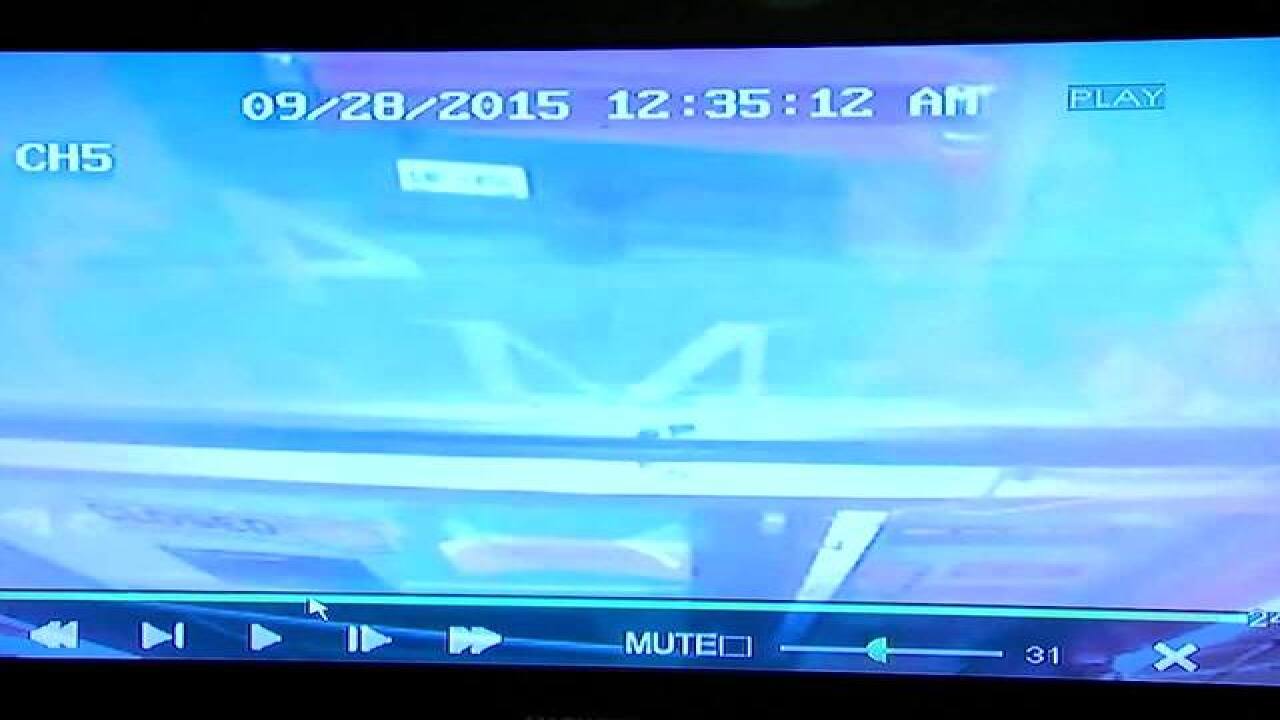 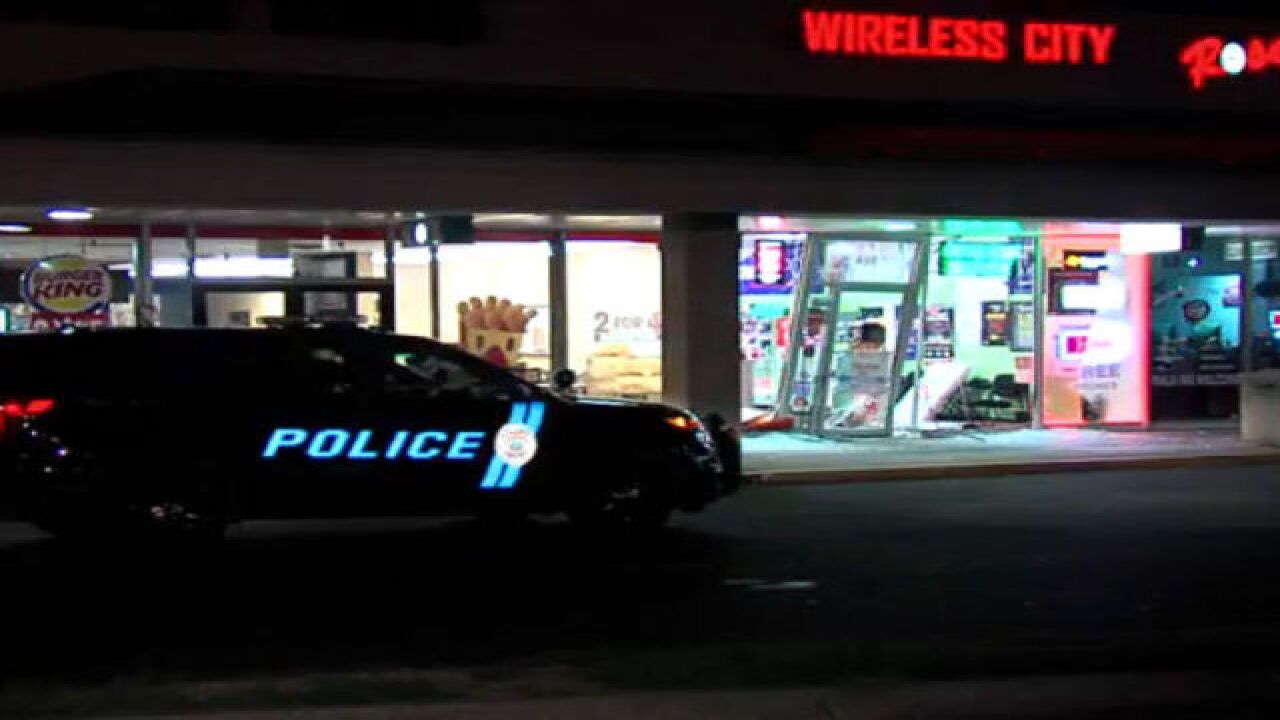 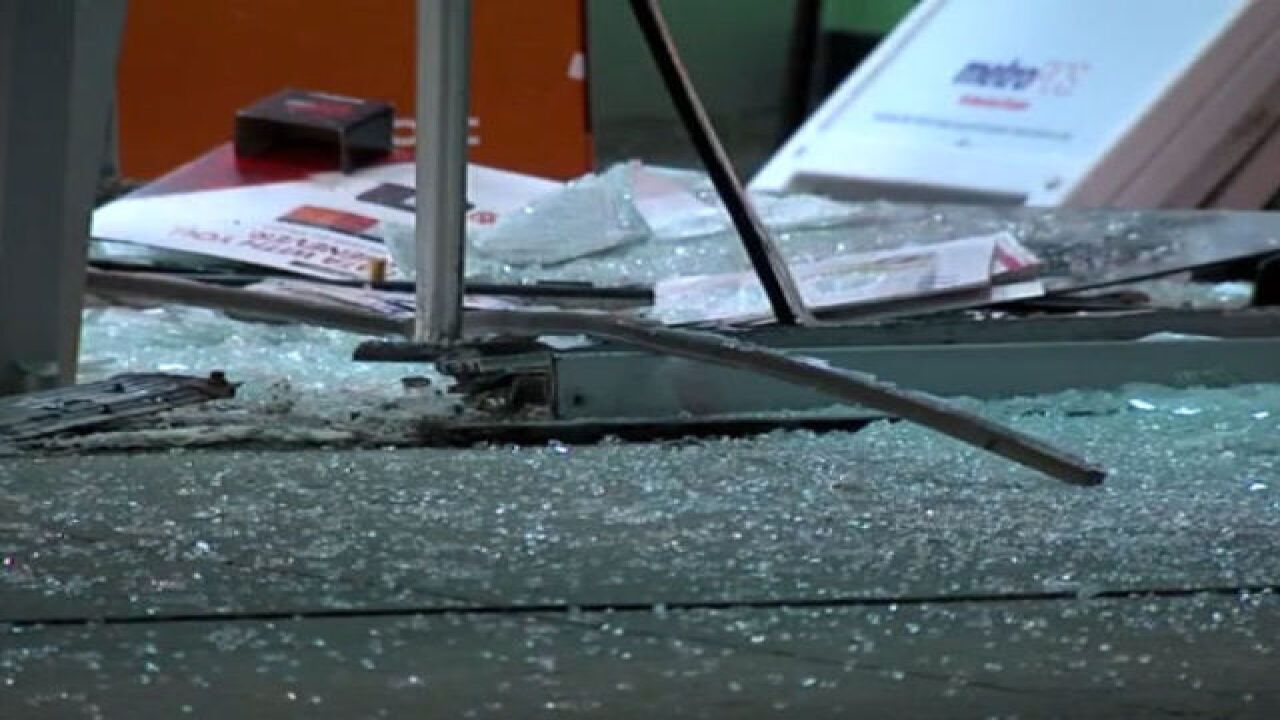 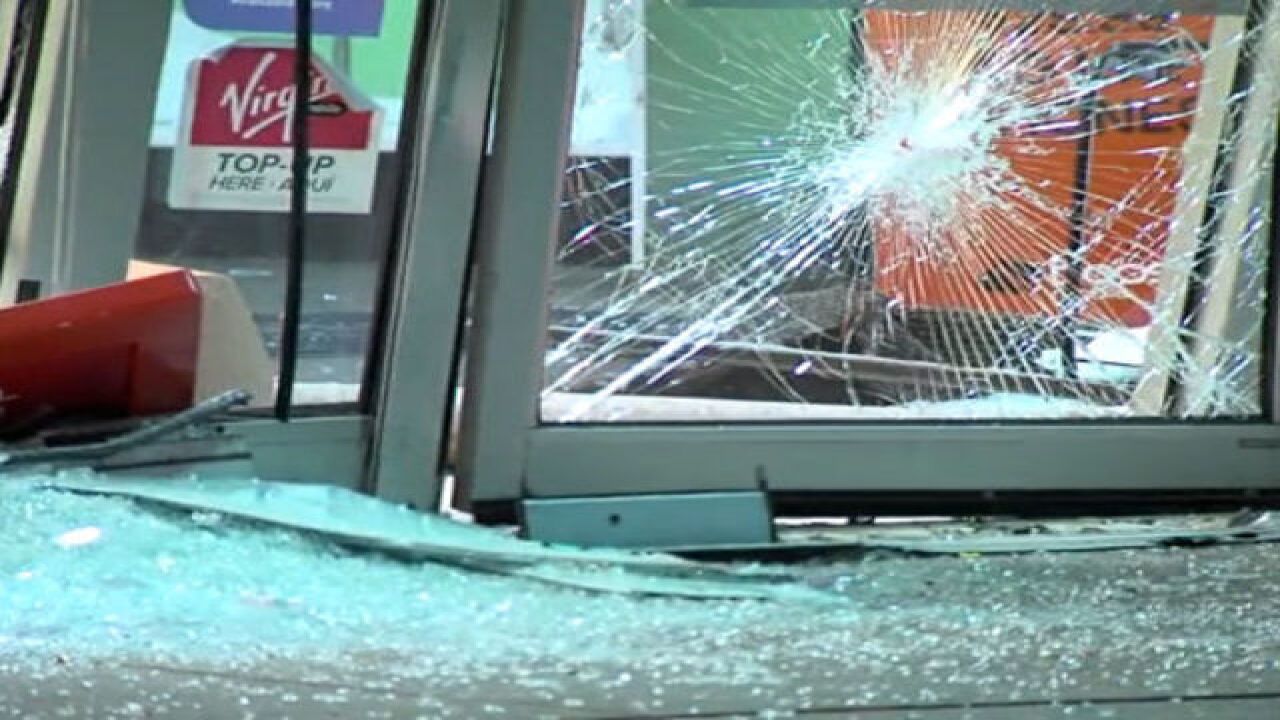 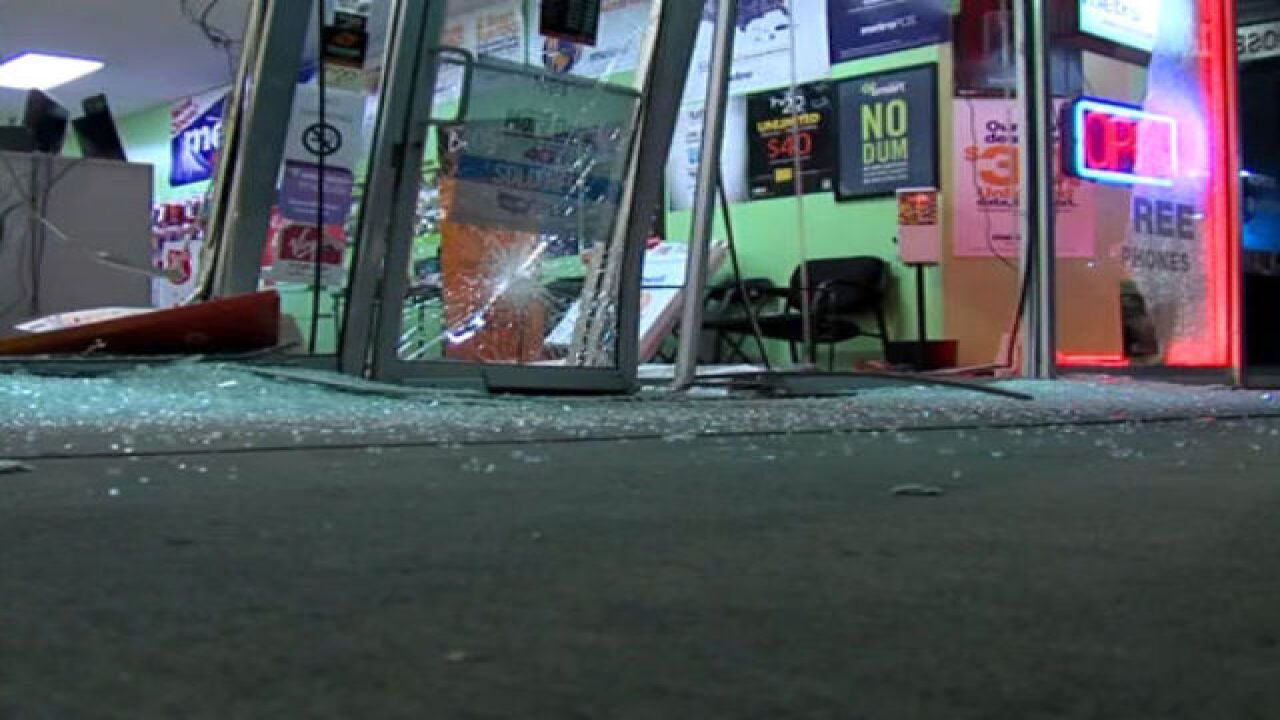 Akron police are looking for the man responsible for smashing a truck through the front of an East Waterloo Road cell phone store early Monday.

According to police, the man used a pickup truck to smash through the front the Wireless City just after 12:30 a.m. at the South Plaza Shopping Center in the 400 block of East Waterloo Road.

The impact broke all the windows of the store and a window in the neighboring Burger King.

Police said the man first started using bricks to break the windows but was unsuccessful. He then used a pickup truck backing into the store twice before running inside.

The owner of the store, Ali Hamdan, shared store surveillance video with newsnet5.com that shows the suspect running into the store and using a trash can to gather as many devices as he could before running back to his truck.

The suspect then returned to the store and stole a few more small items including a laptop before leaving the area.

Hamdan is offering $1,000 to anyone who can help catch the man responsible.

The suspect used a hooded sweatshirt to cover his face during the entire burglary.

The truck used was an older red pickup truck with a silver tool box in the bed.