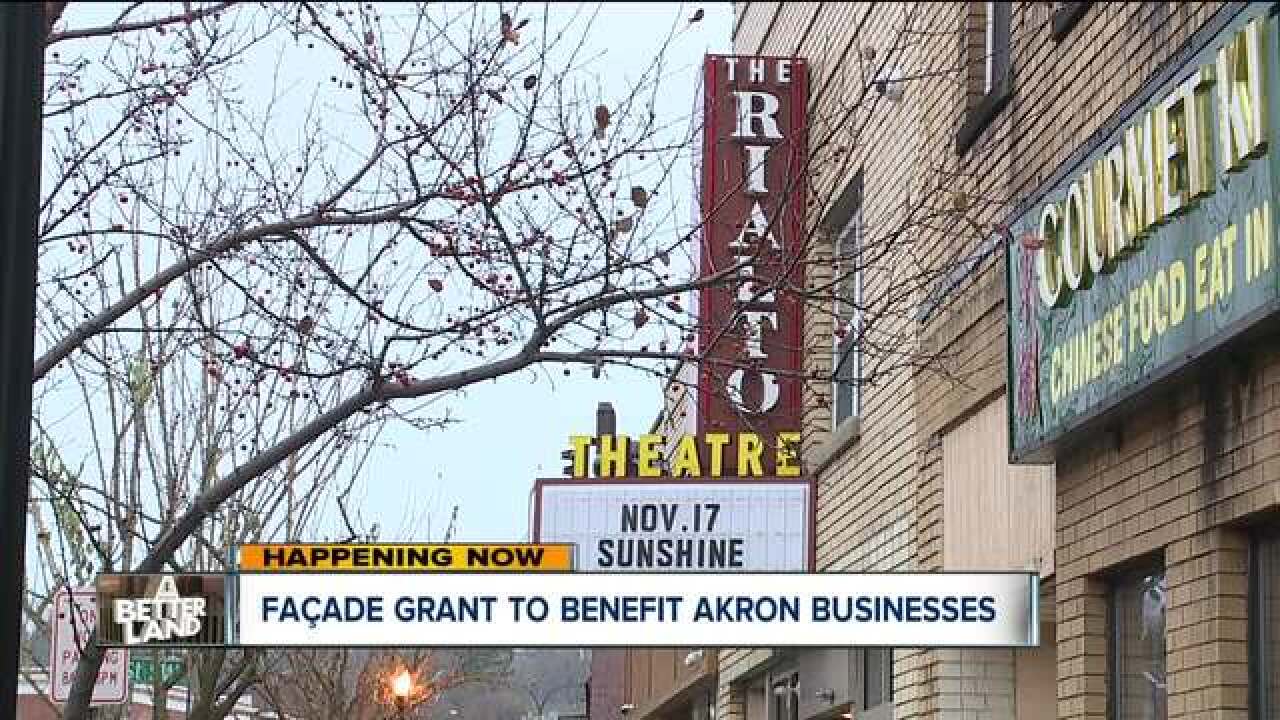 Some businesses in Akron could be getting a major facelift as they prepare for Small Business Saturday next weekend.

News 5 found one business owner where their facade renovation is just starting to wrap up.

Vaill and his brother Nate Vaill have taken on a historic building.

“I think it’s always going to be a work in progress,” Nate Vaill said.

The business partners and brothers invested in restoring the old Rialto building in 2010.

“To bring it back, that means a lot to the people,” said Nate Vaill.

In the early 1900s, the building was one of the first places to feature what was then called ‘A Silver Screen’ cinema.

“It was pretty rich neighborhood back then, so it was a place to go,” Nate Vaill said.

Now, it’s a place for music, serving as a recording studio and concert hall for bands and other performers.

But to make the place really sing, they’ve needed to put in hundreds of thousands of dollars’ worth of work.

That’s where the City of Akron’s facade grant came in for them last year.

“They’re trying to clean up from what I understand the process,” he said.

Ten historic neighborhoods in the city this year will get that same opportunity. This year they are focusing their efforts on areas like Maple Valley, West and North Hill, and Copley Road East, just to name a few.

“We amped it up for these districts so they can get these things to be able to fix the outside of their buildings or whether it's the infrastructure on top," said Akron Mayor Dan Horrigan. He said it’s all to make the community as a whole more appealing.

“And that’s part of our neighborhood investment along with how we can invest downtown too,” he said.

There are certain criteria businesses have to meet in order to apply and be accepted for the grant.

Forty-three grants are expected to be awarded by the end of January.