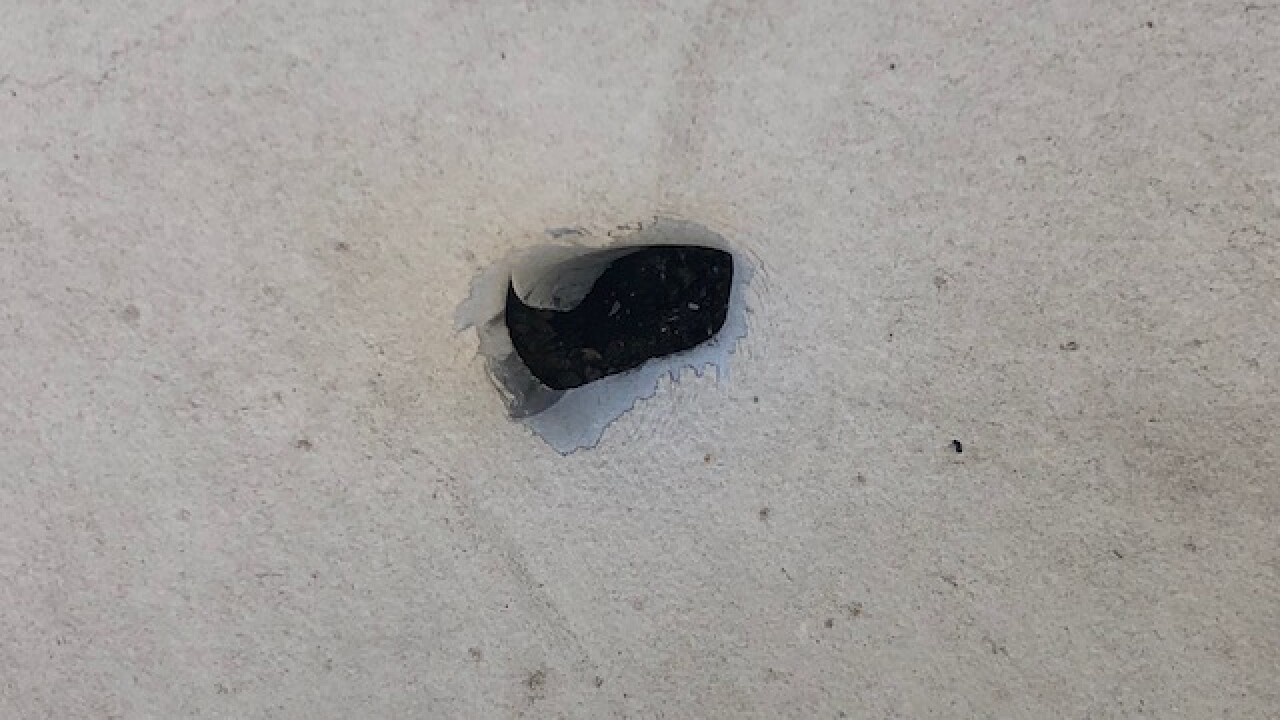 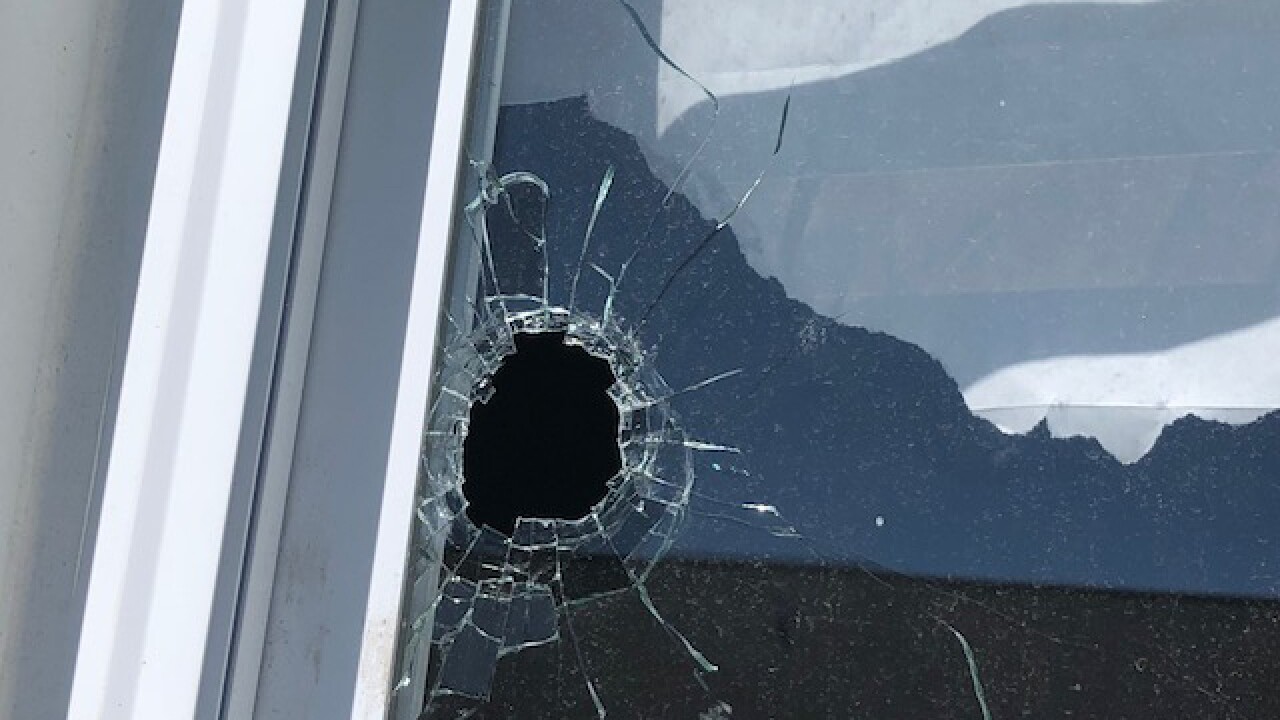 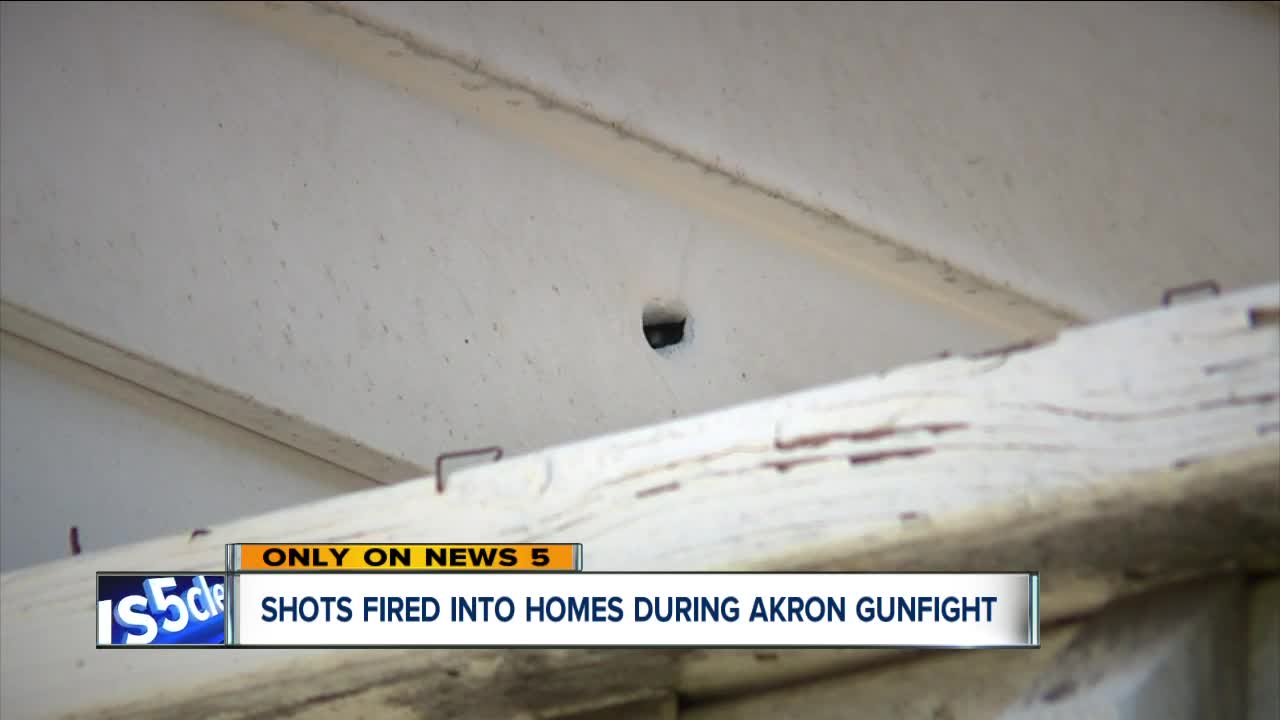 Elizabeth Butz has lived in her Kenmore community home in Akron for 45 years and has never felt unsafe until her house was hit with a bullet during a neighborhood gunfight.

The 76-year-old grandmother was sitting in her living room around 10:00 p.m. Thursday when she heard a series of large pops outside of her house on 9th Street SW.

She assumed it was fireworks. It wasn't.

As police started to arrive in the neighborhood, Butz walked onto her front porch and noticed a hole in the front siding of her home.

Butz is counting her blessings the bullet didn't pierce the living room wall.

"It's right where I sit in my lift chair and if it would have come through, it's a good possibility it would have hit me just about in the head," she said.

Police said people inside a gold car and silver SUV fired shots at each other in the 700 block of Florida Avenue. The vehicles sped away from the area. Authorities found a bunch of shell casings but not the shooters.

"Don't you stop and think of what you're doing, what you could have done? Yeah, because it could've come through and killed me, and then they would have been up for murder. Your whole life down the drain," Butz said.

Another shot blasted through a living room window of a second home on Florida Avenue. A man living there, who did not want to be identified, said four kids were in that room and they ran for cover in the basement.

Emma Long was staying a friend's house across the street and said the barrage of bullets was terrifying.

Police said they don't have any suspects with only the limited description of the getaway cars.

Butz hopes they're captured, but until then, she'll feel a little less secure in her own home.

"I'm a little afraid," she said. "It's gonna make me a little edgy at nighttime."