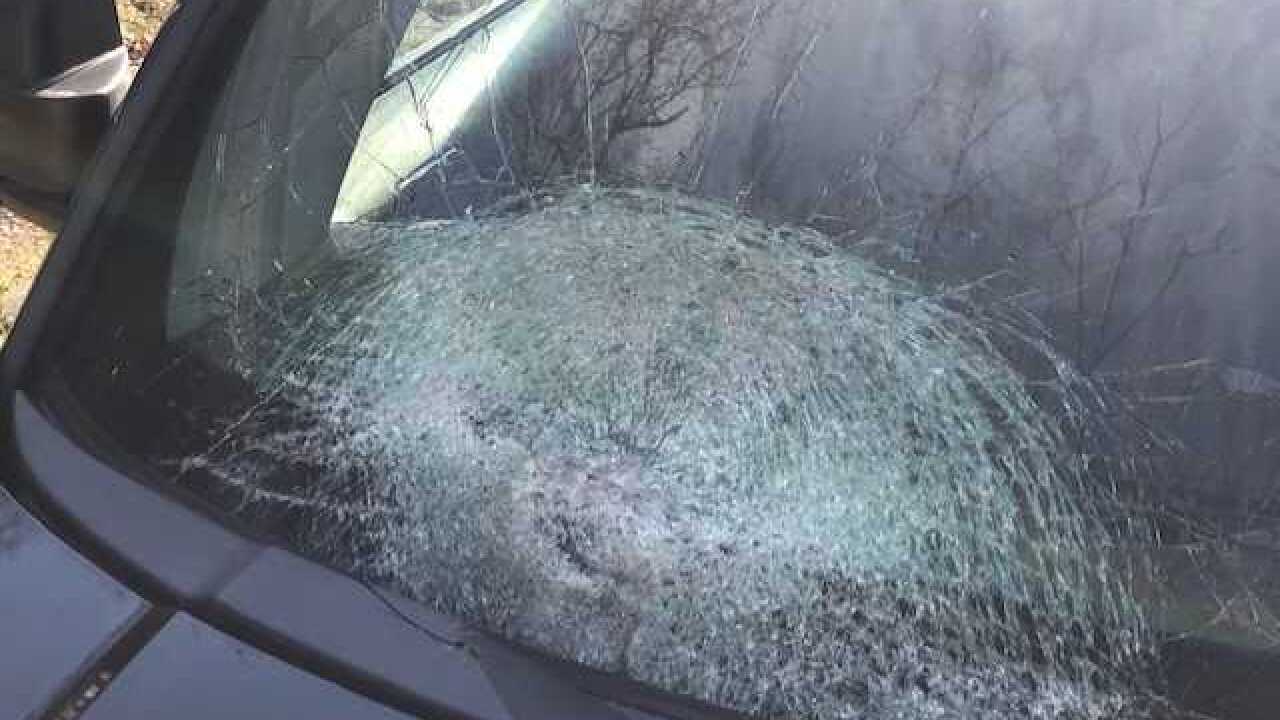 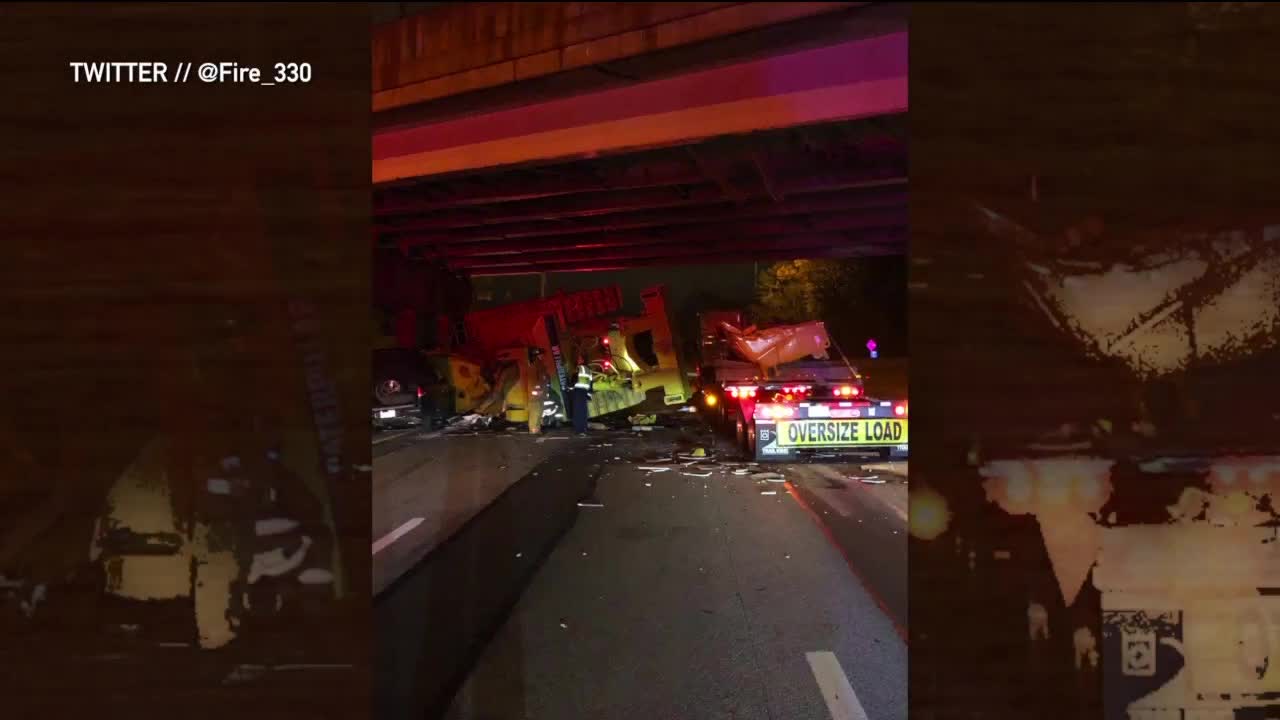 AKRON, Ohio — Two drivers are sharing similar and scary stories after heavy objects landed on top of their cars moments after going under the East Avenue bridge, which was damaged earlier this month following a bad accident.

On the afternoon of Dec. 5, Crishaun Reamey, of Akron, was driving her Jeep on I-76 westbound in Akron. A friend was in the passenger seat and Reamey's 13-year-old daughter was in the backseat.

Moments after Reamey drove under the bridge, a large section of her windshield shattered after possible debris came crashing down.

She exited the highway, dialed 911 and told the operator "a brick or something just fell off the bridge and hit my car."

"We just heard this big boom and I didn't know what was going on," Reamey told News 5. "When I directly went under the bridge, when my window and the bridge like met up, it just fell, boom, came out of nowhere."

On Dec. 3, a semi carrying a bulldozer slammed into the bridge. Interstate 76 was closed for much of that day, but was reopened after an ODOT inspection determined there was no further danger to highway drivers.

On Dec. 14, there was another frightening incident after a cement drainage tube fell from the bridge and landed on the SUV of Len Brown who was traveling eastbound.

Brown, 55, of Canal Fulton, was shocked by the crashing noises and pulled over. Much of his windshield was shattered and part of his roof was caved in.

"As I was passing under the East bridge, it was like an explosion in my car. It was literally just glass and glass dust flying everywhere," Brown said. "I feel very blessed that I was not injured and that nothing worse happened."

In Reamey's case, officers responded, but an official police report was not filed and ODOT was not notified.

However, a police report was filed in Brown's incident and ODOT was told about the falling concrete.

"Now I'm a little angry because this, to me, now seems like incompetence that this bridge should have been checked over a lot more thoroughly before it was reopened to the public," Brown said.

ODOT said another inspection was done last Friday after learning of what happened to Brown and a spokesman said there are "no further concerns about the bridge."

In the meantime, Reamey and Brown are both filing claims with ODOT seeking reimbursement for the damage done to their cars.

"I just hope nobody else has to experience this," Reamey said. "It's very scary."