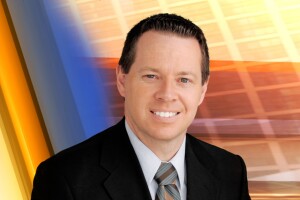 News Philosophy: Treat others with dignity and respect. Writing is easy when you let the people tell their stories.

Favorite Sports Team(s): Die-hard Indians, Browns, Cavs and Buckeyes fan. Went to the Bucks National Championship game against Miami in 2003— one of the best nights of my life.

Favorite Movie: Scent of a Woman.

My passion: Family first and story-telling.

Hobbies & Interests: Running. I belong to a roadrunner’s club and I run several races a year. Also, enjoy volleyball and golf.

Hidden Talent(s): I don’t know. I can’t find them because the talents are hidden so well.

Something most people don't know about me: I’m not nearly as serious as people expect when they recognize me as a news reporter. I qualified for the Boston Marathon this year.

What I like best about Northeast Ohio: The passion for Cleveland sports teams. After what we’ve been though since 1964, I have no doubt which city has the most loyal fan base.

You're most likely to see me around town at: All around the Akron area covering news or running along Northeast Ohio streets, trails or parks.

On the weekends I love to: Spend quality time with my wife of 10 years and our two children.

Additional Info: I’m always looking for unique and untold stories in the Akron/Canton area. Send me an e-mail with any ideas you have.