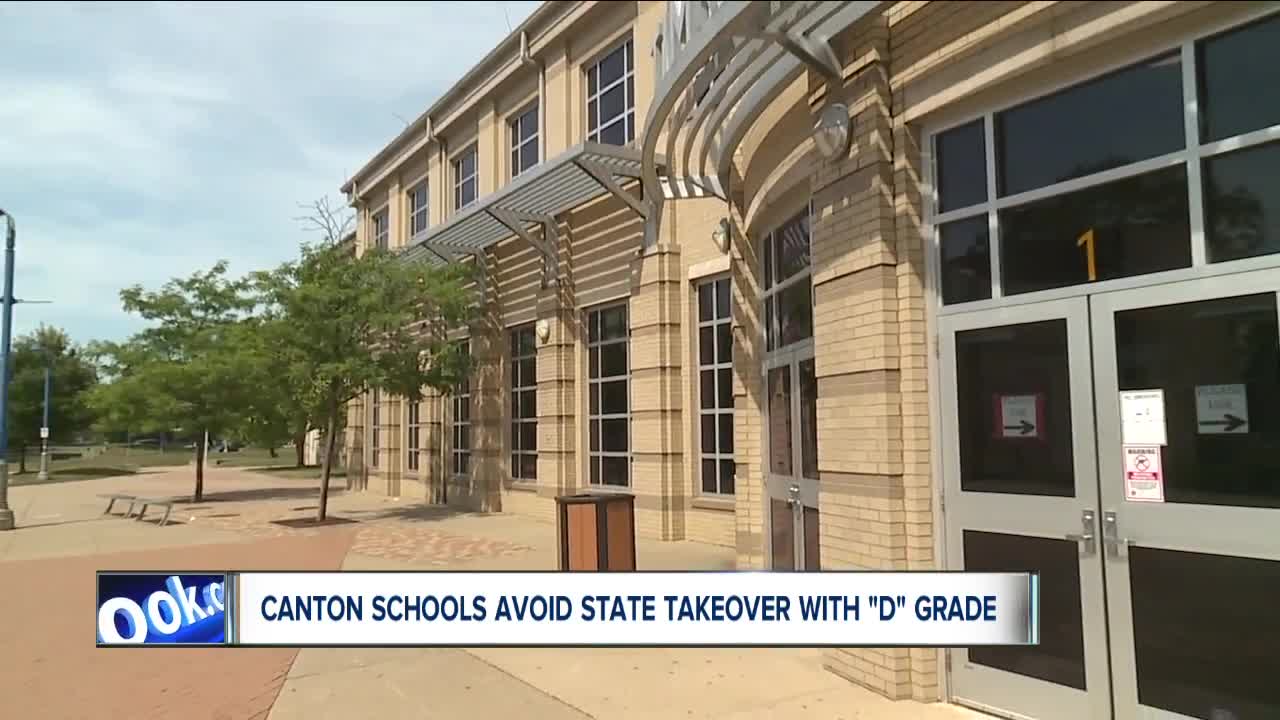 A 'D' isn't the grade most parents hope their children bring home from school, but that's the grade that has Canton City School District leaders feeling optimistic and excited. 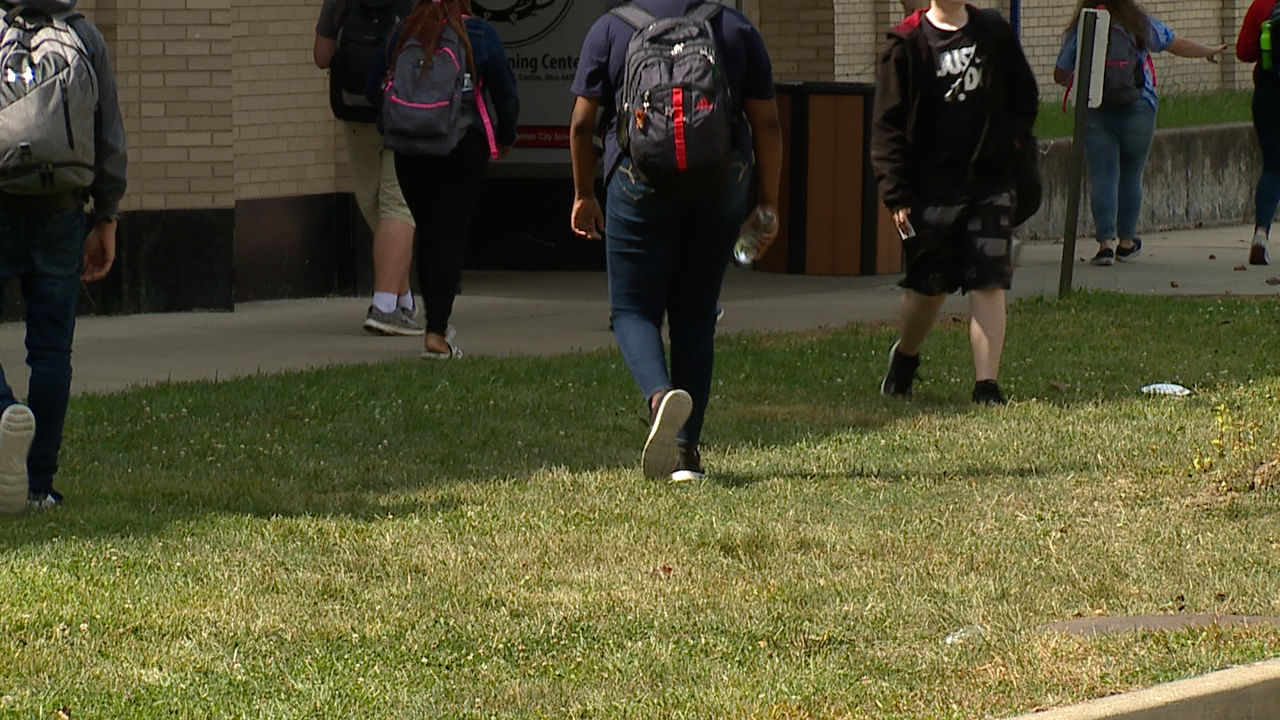 CANTON, Ohio — A 'D' isn't the grade most parents hope their children bring home from school, but that's the grade that has Canton City School District leaders feeling optimistic and excited.

The Ohio Department of Education said it plans to release its annual report cards for districts across the state on Thursday. But at a meeting Monday evening, board members and the superintendent said they had learned Canton City Schools had earned a 'D' grade, an improvement from an 'F' in 2018.

The district said the improved score, which encompasses categories from achievement to graduation rate, will allow it to avoid a state takeover next fall, under House Bill 70.

"I think the D demonstrates that we’re going in the right direction, that people are working very, very hard and doing the right things for our students," Superintendent Dr. Jeff Graham said in an interview Tuesday. "We also understand a D is not where we need to be."

Graham, who is new to the district, described the grade as a "low D."

"If one fewer student would have graduated last year, and our value-added in English Language Arts would have been average, we would have made it by five one-hundredths of a point," Graham said.

Still, Graham said, the grade showed a move in the right direction. He said that while some people were frustrated by the performance, there was a sense of optimism, in addition to one of urgency.

"When you look at data, you can see that things aren’t going well in terms of our academics," Graham said. "We identified the what, but we have to engage people to find out why."

Graham said the district intends to roll out a plan early next week to continue improving student scores and achievement.

Parents of students in Canton City Schools had different reactions to the district's grade.

"I didn’t even know it was that bad," Deniece Spencer said, noting she thought the grade was "pretty sad."

"I feel like as much as they get, as far as parents wanting their kids to do better, that they could do better, like I feel like it should be more effort put into it," Spencer said.

At Monday's board meeting, parent Stephanie Stutler expressed her frustration as well. She told News 5 on Tuesday that she had pulled her own children from Canton City Schools to home school them, due to changes in the district's busing policy.

"D doesn’t stand for excellent, it stands for do better, and we must continue to do better," Stutler said Monday.

But not all parents are upset by the district's grade. Sandra Fontes, who has three children in the district, said her own children do well in school and that she feels she has a good relationship with all of their teachers.

"I get along good with all my kids’ teachers," Fontes said. "I try to make sure I get to know them, you know what I mean, and they seem like they care, so that’s the best part."

When asked if he was concerned about parents deciding to pull their children out of the district, the superintendent said, "Always."

"I think what we’re seeing now is that we are going in the right direction," Graham said. "But if parents choose another school district or school over ours, then if it’s because of something we weren’t providing, shame on us. But again, we need to make sure we’re listening to our parents and reacting appropriately."