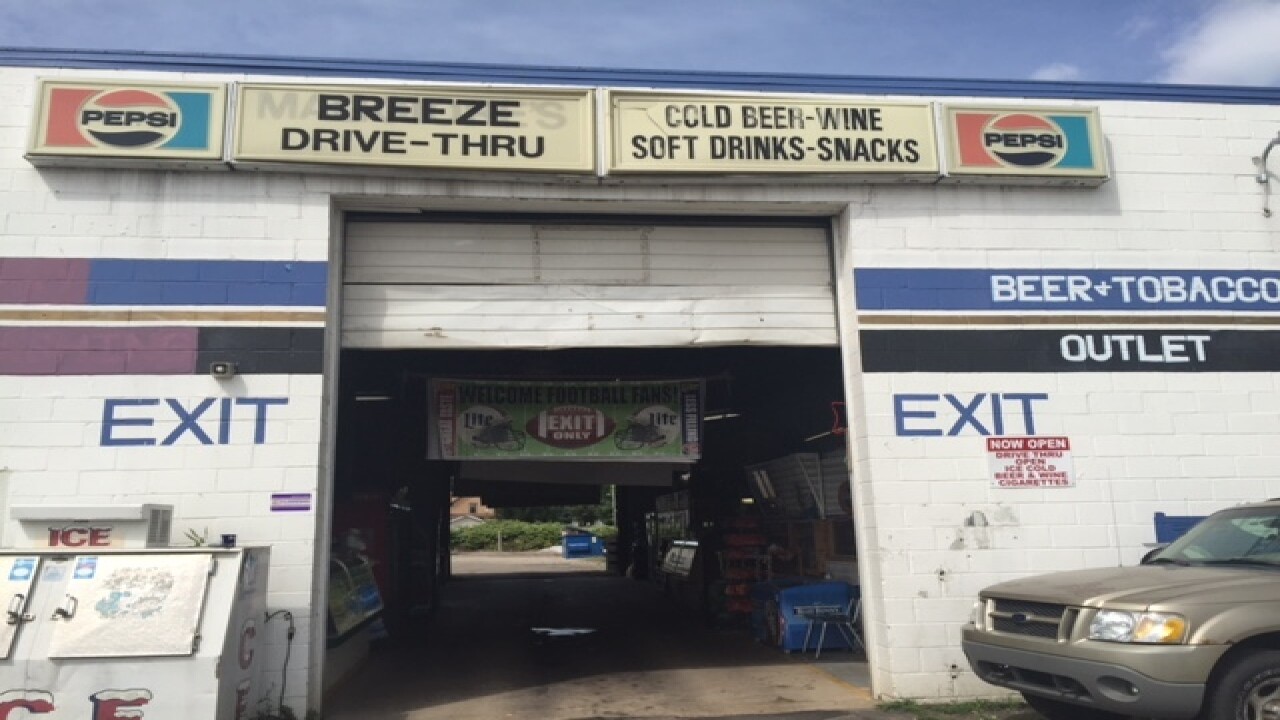 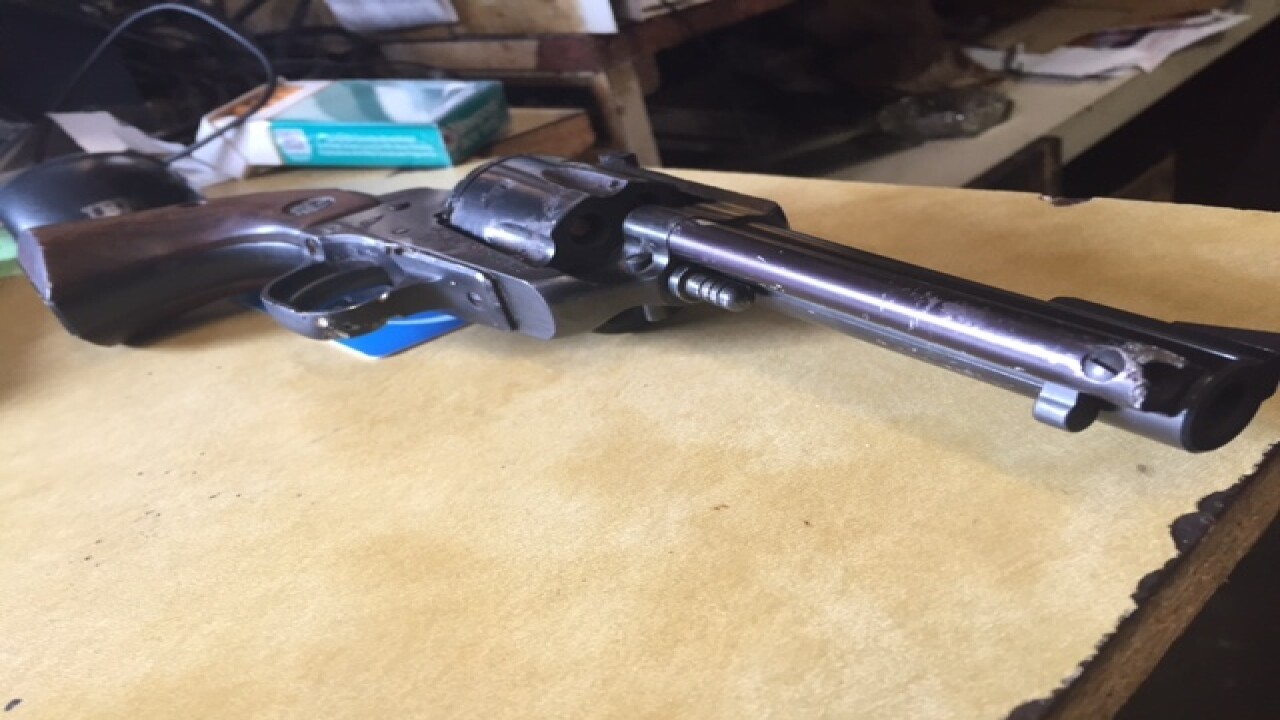 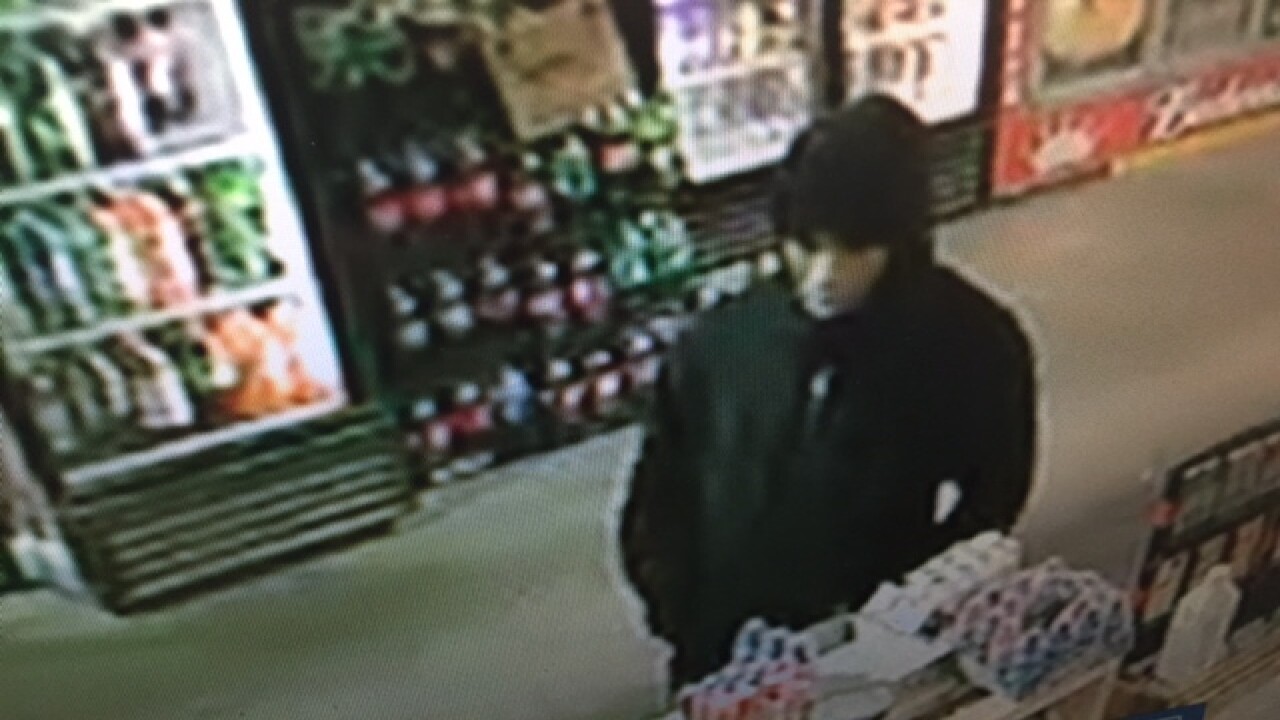 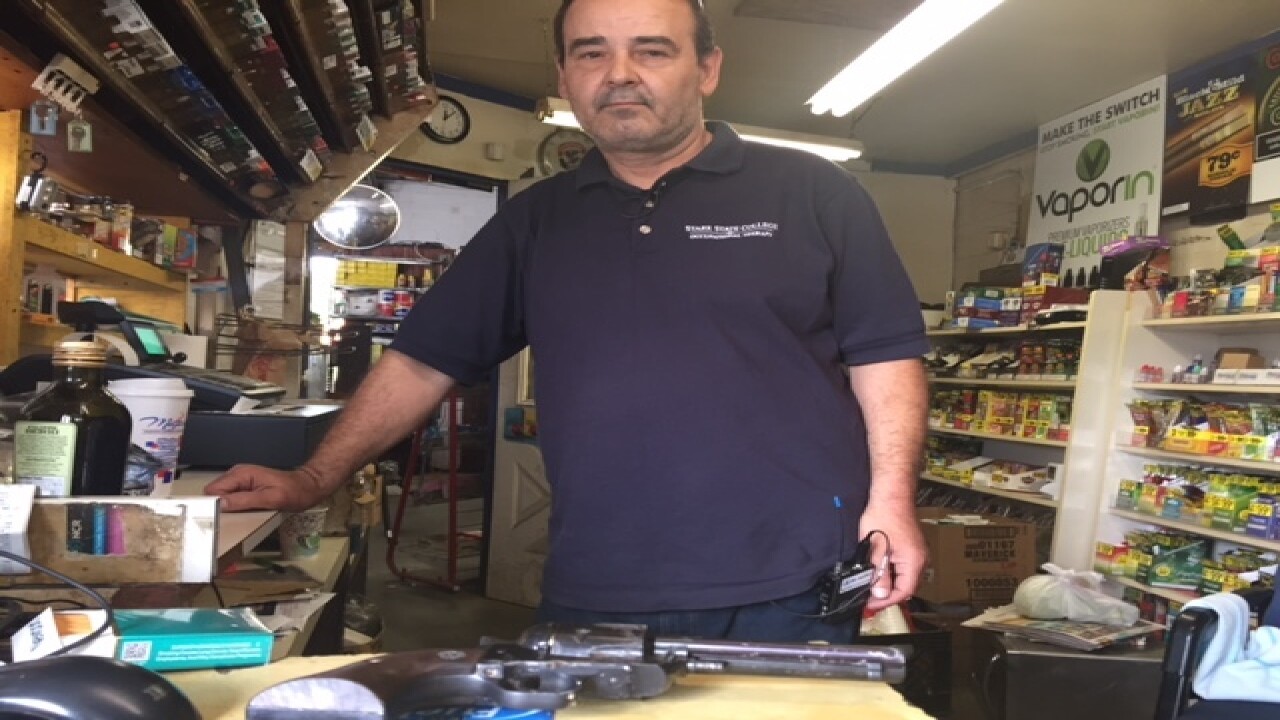 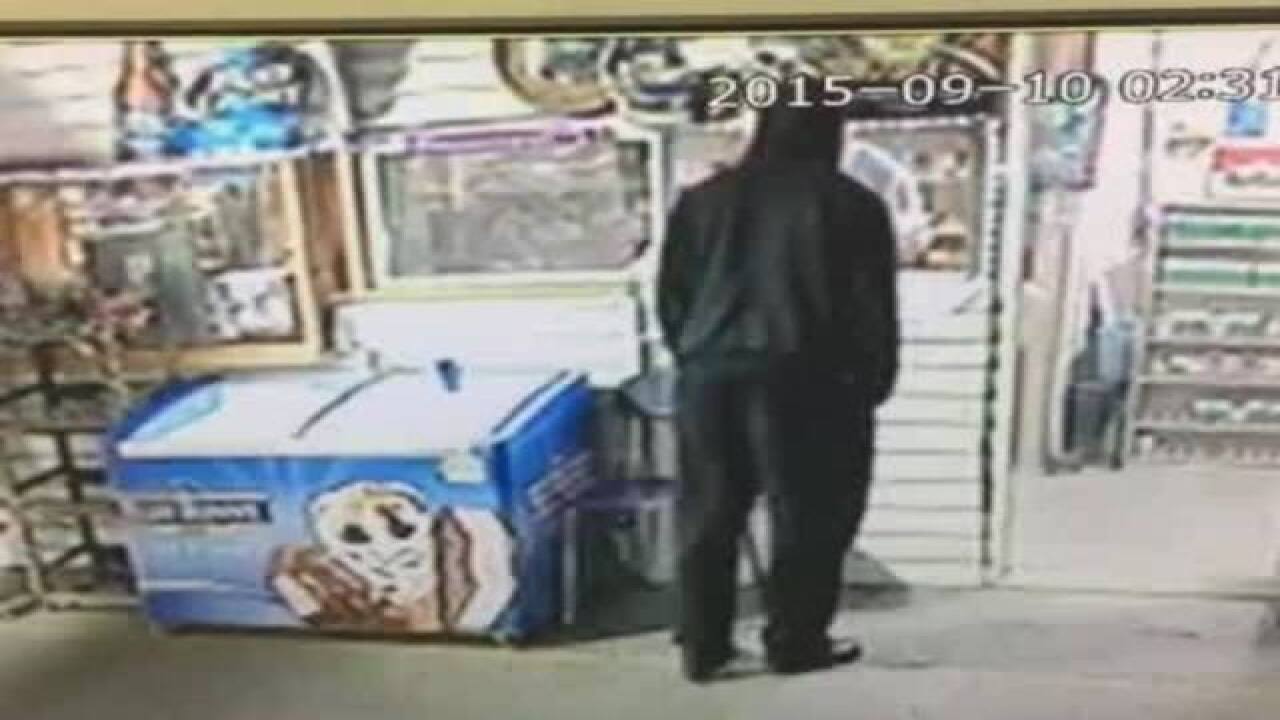 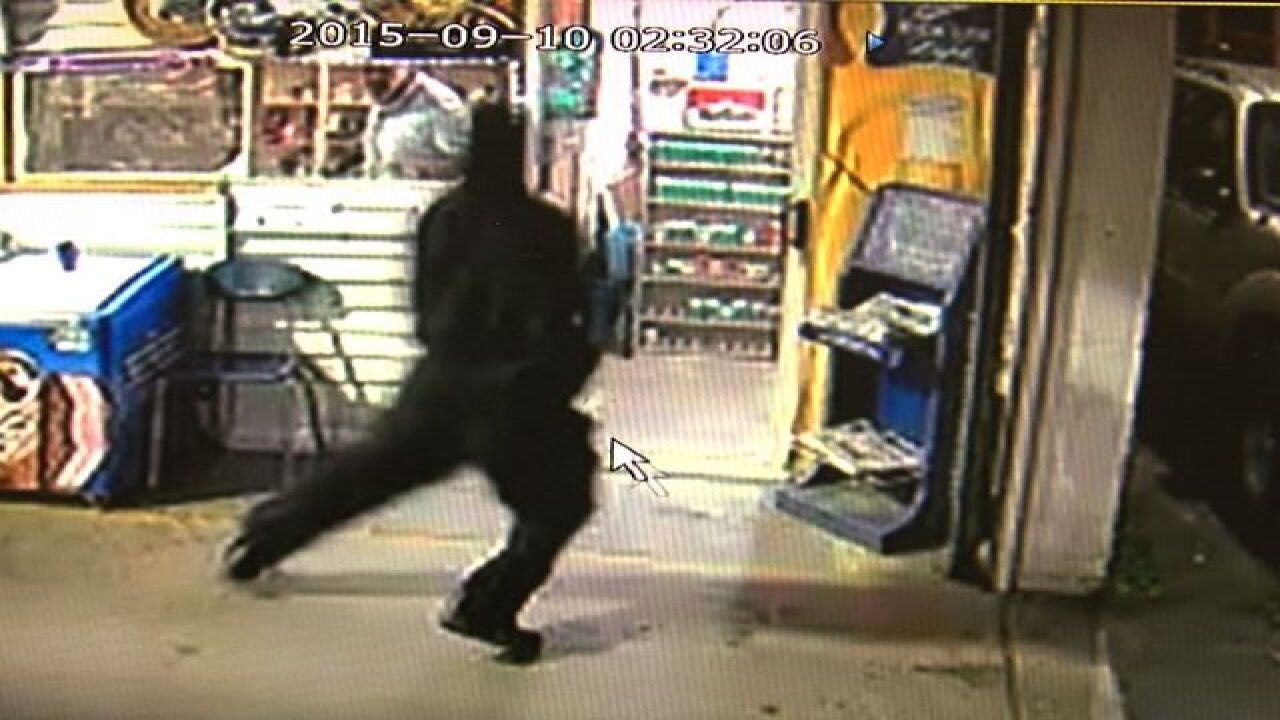 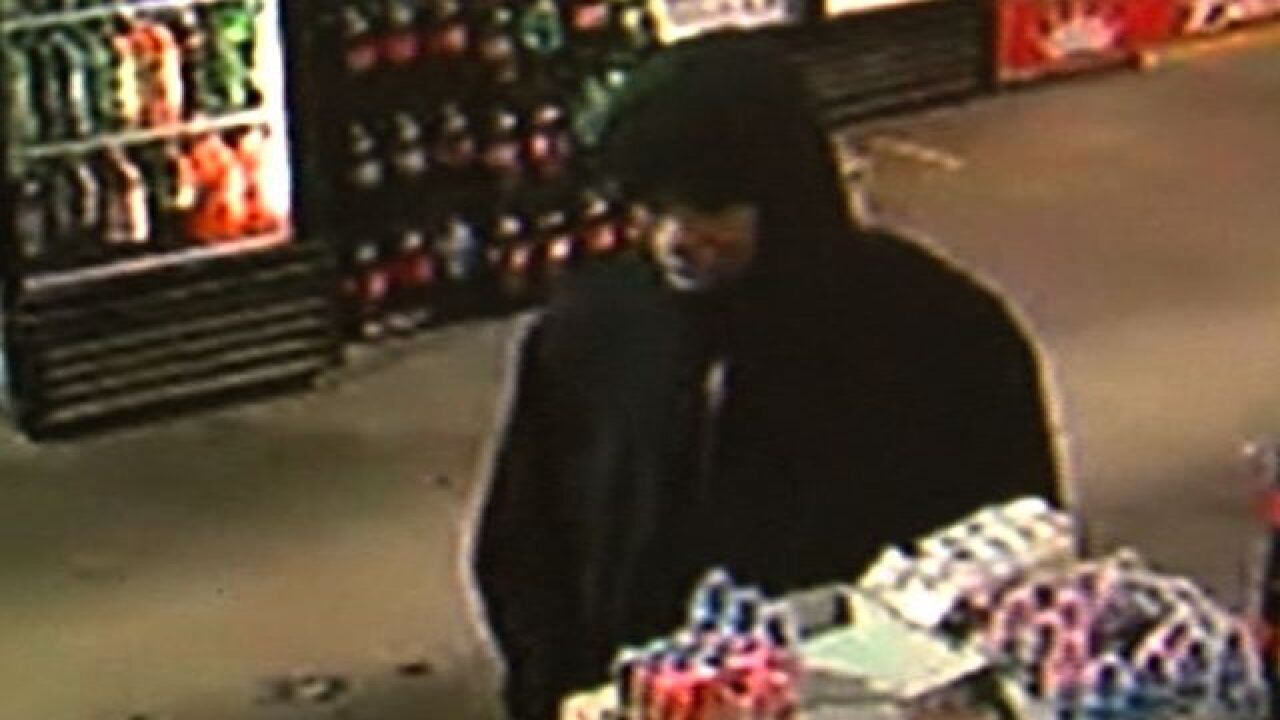 A Canton drive-thru owner's suspicions may have saved his life Wednesday night.

Owner Jamal Mhawesh and wife Amanda Kauffman were working at Breeze Drive-Thru around 10:30 p.m. when a man came in dressed head-to-toe in black and wearing latex gloves.

Mhawesh said he immediately sensed something suspicious, tapping on the cabinet next to him to get his wife's attention. When she figured out what was going on, she took her husband's gun out of the cabinet and handed it to him.

The suspect had ordered a Red Bull, cigarettes and cigars.

While standing at the counter, the suspicious customer suddenly reaches for a gun in his pocket.

However, he wasn't quick enough. Mhawesh grabbed his 357 magnum out his back pocket and fired two shots at the suspect.

Police don't believe the suspect was hit and he bolted from the building.

Detective Dave Davis said the suspect fired six shots at the drive-thru as he fled the area.

"The only thing I was thinking is 'I want to go home safe," said Kauffman. "You know, I have kids at home and I just wanted to get there with them."

The identity of the suspect is unknown at this time. If you have any information, contact police.

Police said the same man could be responsible for robbing Loong Fung Chinese restaurant at 9:32 p.m and Belden Drive-Thru at 9:54 p.m.