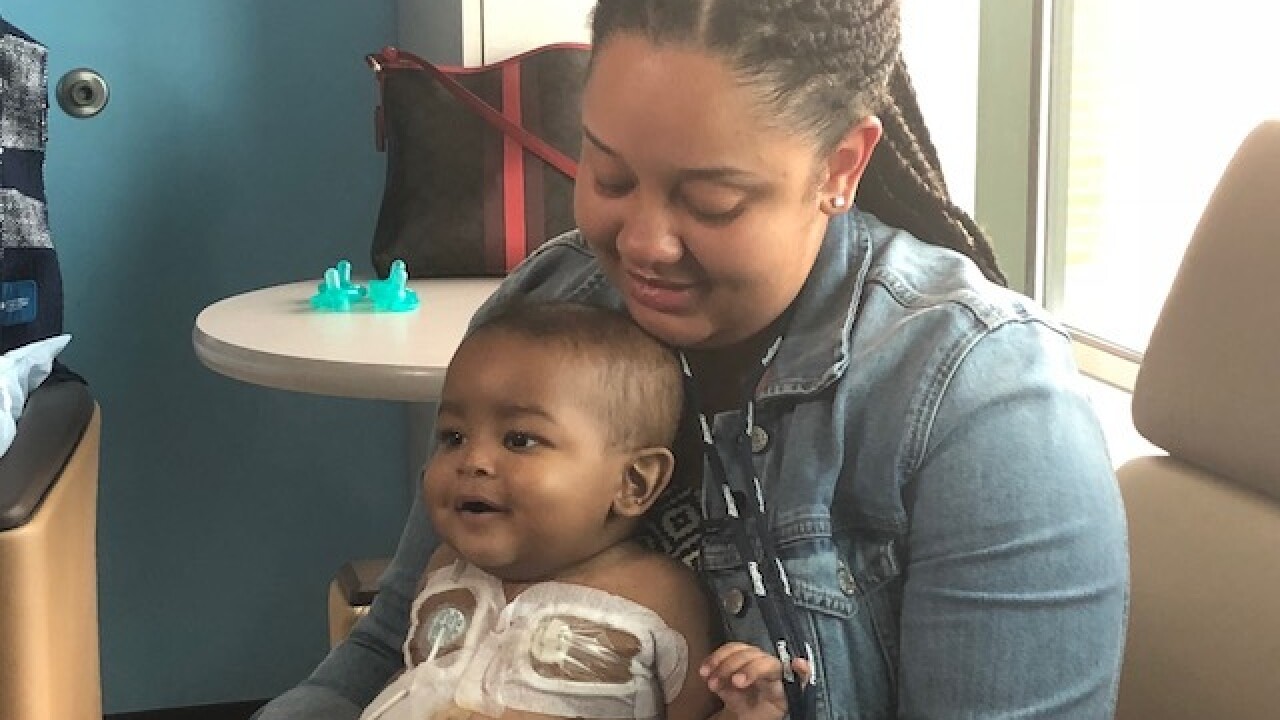 Copyright 2018 Scripps Media, Inc. All rights reserved. This material may not be published, broadcast, rewritten, or redistributed.
<p>Kairo Goode-Ransome and his mom Alaina Goode.</p> 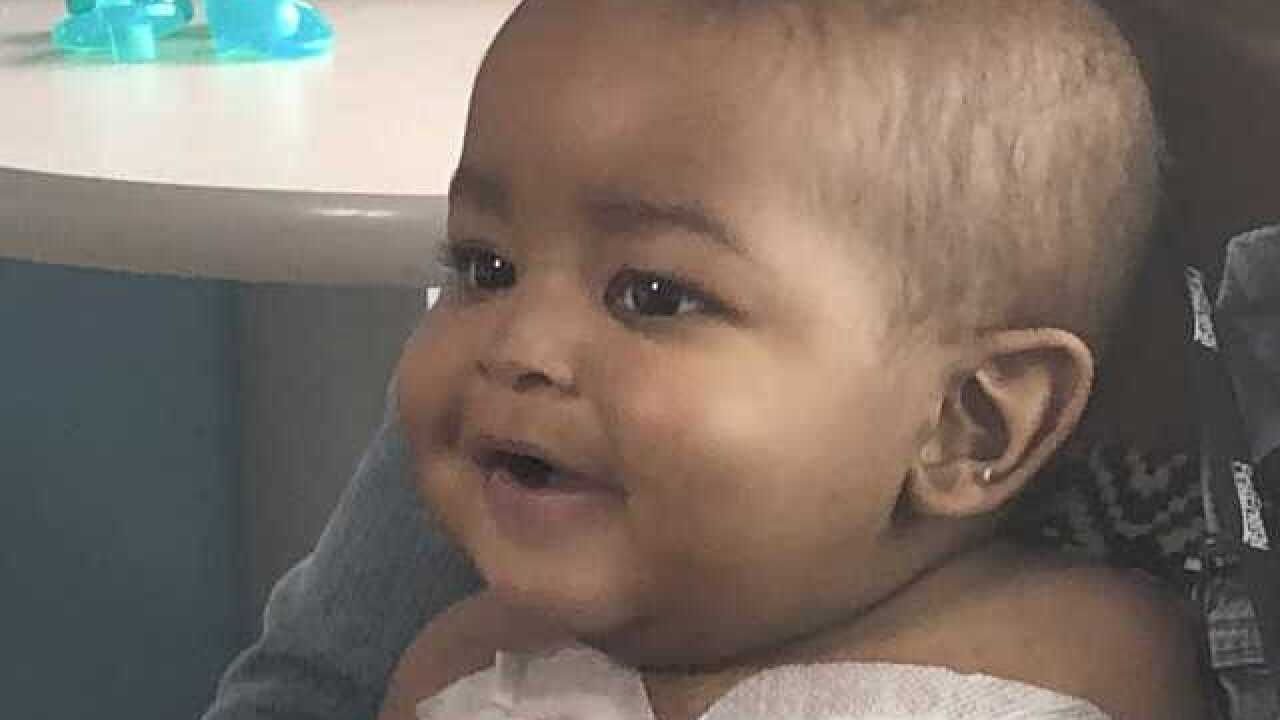 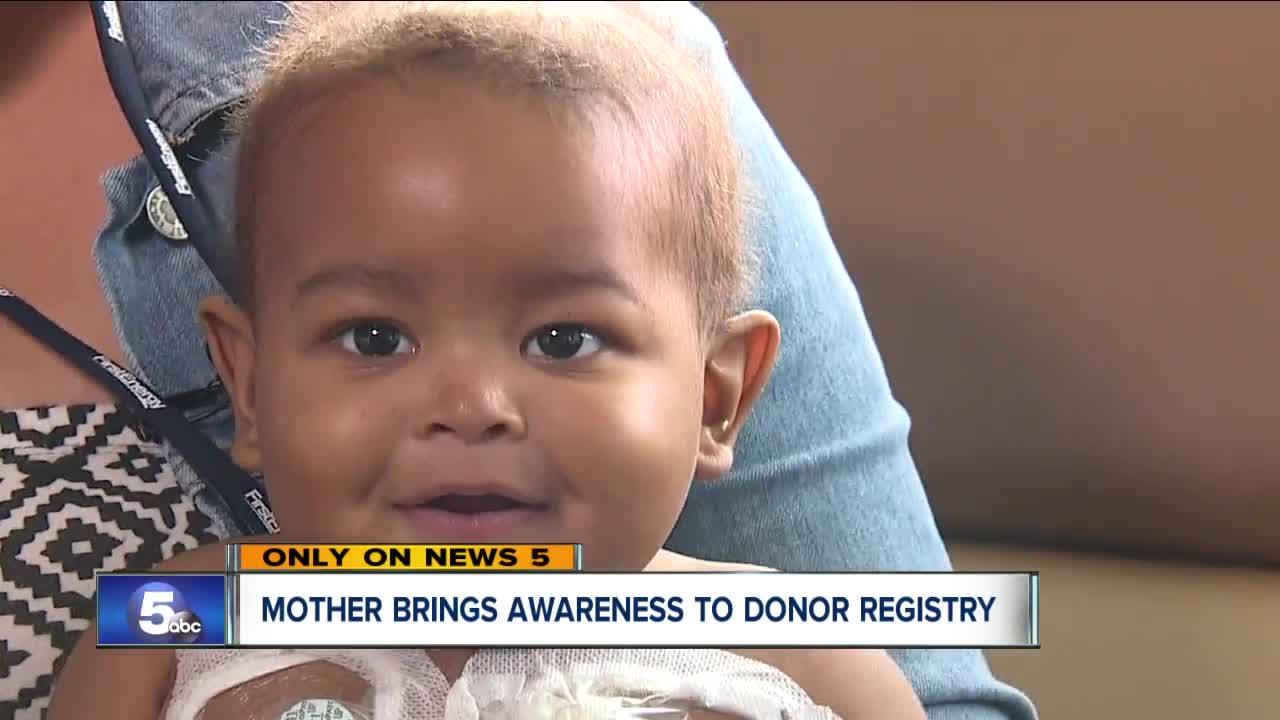 Kairo Goode-Ransome is only 13 months old, but the beautiful boy already has a contagious laugh and a smile that melts hearts. However, the baby from Fairlawn is also battling an autoimmune disease and acute myeloid leukemia. He needs a bone marrow transplant to survive.

His mother, Alaina Goode, said Kairo became sick with a cough and fever that didn't seem to go away. Then, doctors at Akron Children's Hospital diagnosed him with cancer.

"You never want to believe that your child has cancer," she said. "I try to tell my friends, 'Just imagine if it was your child.'"

Goode said more than 50 percent of the cells in Kairo's body were cancerous when chemotherapy treatments started. That has since reduced to nine percent. Even if that number reached zero, a transplant would be necessary to prevent a possible return of the cancer.

Kairo doesn't have any siblings to be tested. Some possible good matches were found through the National Marrow Donor Program, but Goode was surprised when doctors explained a perfect match would be difficult.

"Your child needs a bone marrow transplant, but because he's black, it's going to be really hard to find a match," Goode said she was told.

Health officials said that's because there are not enough minorities in the donor registry.

"This gives you the opportunity to kind of think about it, take some time to reflect, and once you get home, you can mail that kit back. Then, we anticipate you'll be a more committed donor and will follow through the whole process," Konowal said.

Konowal said those who are a match and choose to donate would either donate blood stem cells or undergo a procedure and have marrow taken from a hip.

If all goes well, Kairo will get his transplant in September. His mother looks forward to the day when she can thank the person who saved her baby's life.

"It's got to be something so rewarding to know that you made a difference in somebody's life," Goode said.