Final Push: Olympian Clayton Murphy on a quest to save men's cross country at University of Akron 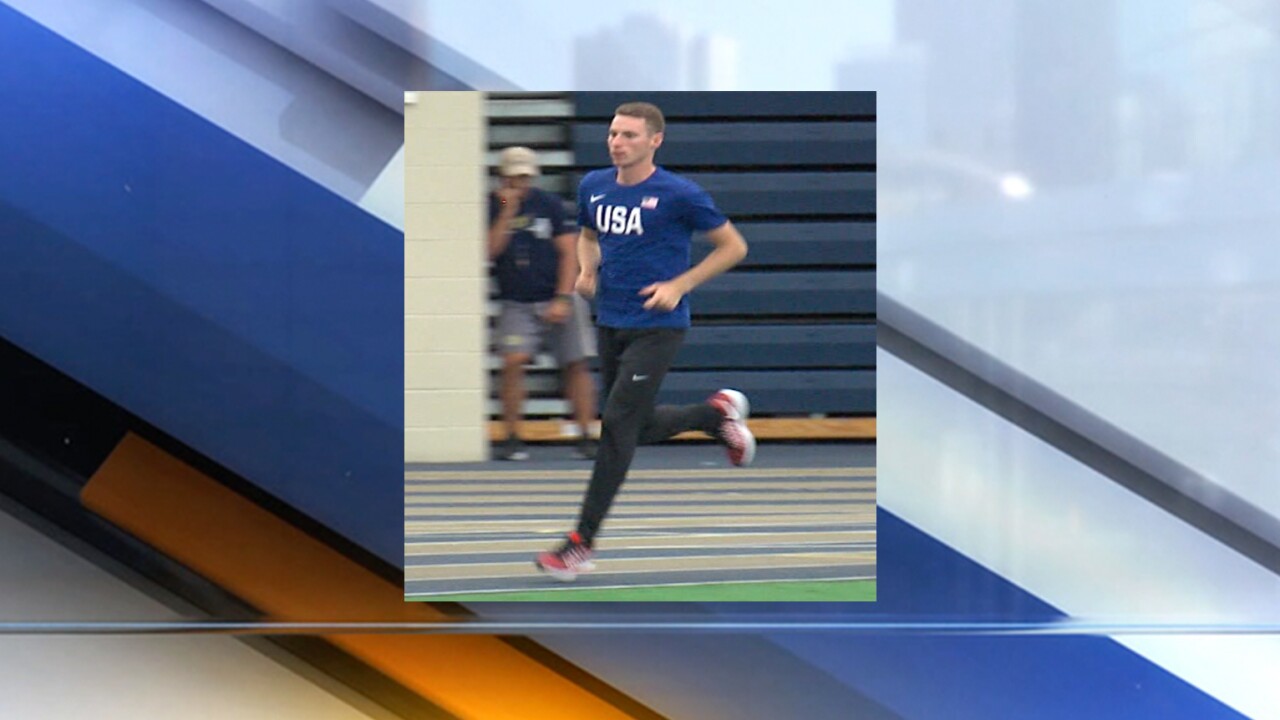 AKRON, Ohio — Clayton Murphy is not one to back down from a challenge. In 2016, the University of Akron graduate and New Paris, Ohio native surprised the world by capturing a bronze medal in 800 meters during the Olympics in Rio de Janeiro.

Going into the race, Murphy was ranked outside of the top 10 in the world. He became the first American male to win a medal in the 800 in 24 years.

Aside from returning to the Olympics in 2021 and 2024, Murphy is focusing on a new goal. He's trying to save the men's cross country team at the University of Akron, which was eliminated as part of $4.4 million in budget cuts by the athletic department. Murphy ran cross country and track for the Zips and graduated from the university in 2017.

In a statement on May 14, the university said, "The action is being taken as part of the university's overall redesign to emerge from the impact of the COVID-19 pandemic in a way that financially stabilizes the institution."

The men's golf and women's tennis teams were also cut.

Murphy, who is now a professional runner for Nike, has been reaching out to University President Gary Miller and Athletic Director Larry Williams. He is pleading with leaders to reinstate cross country.

"Without the men's cross country team, without the track team-- indoor and outdoor-- I wouldn't have the job I have today and being able to represent Nike and represent the United States at the highest levels," Murphy told News 5 during a FaceTime interview. "For me, it's just about giving back and trying to save what molded me into what I am today."

Murphy said the UA's yearly cross country budget is small, about $8,000. Since the university announced the cuts, Murphy and Jordan Olson, another graduate of the program, have heard from alumni and other supporters pledging around $100,000, so far, to support cross country.

Murphy said during a phone conversation with Williams, the athletic brought up Title IX as a potential factor in the decision to cut the team. Murphy also requested a personal conversation with Miller, but instead received an email on Wednesday from Wayne Hill, the university's chief of staff.

"Many different aspects were considered as we examined the number of sports that we can offer, including costs and Title IX impacts. In addition, there was a strong desire to retain the track and field team rather than disbanding it, as has occurred elsewhere," Hill wrote.

"I appreciate your passion for cross country and your support of the university, and understand that the explanation may not be satisfactory to you and others. However, the decision has been made, so additional discussion regarding cross country is not warranted."

News 5 also reached out to a spokesperson for the athletic department with a list of questions related to the elimination of the cross country team. Cathy Bongiovi responded with a statement from Williams.

"In many circumstance, the athletics department must treat all of our programs as a collective. Unfortunately, the redesign of the department to better fit our resources does not allow the the three programs to be a part of the collective," Williams said.

Andre Bollam-Godbott, who was excited for his senior cross country season, was caught off guard by the news of the team being cut.

'I was just totally in shock and I was just in disbelief," Bollam-Godbott said.

The 21-year-old runner, said he can run fall races unattached, but it won't be the same without his teammates. Bollam-Godbott said he's grateful for the efforts of Murphy, Olson and others. He plans to stay at the university and graduate in 2021.

"As a group, we really appreciate their efforts and putting up the fight to bring back cross country," he said.

Murphy is pushing back against the idea that Title IX should impact the men's cross country team, which has about 15 runners.

"Men's cross country does not put the University of Akron's competitive opportunities out of whack of the percentage of male to female graduate bodies, and as well, we just added female lacrosse."

Murphy said he's not sure if his campaign will change minds at UA, but indicated he's in the fight for the long run.