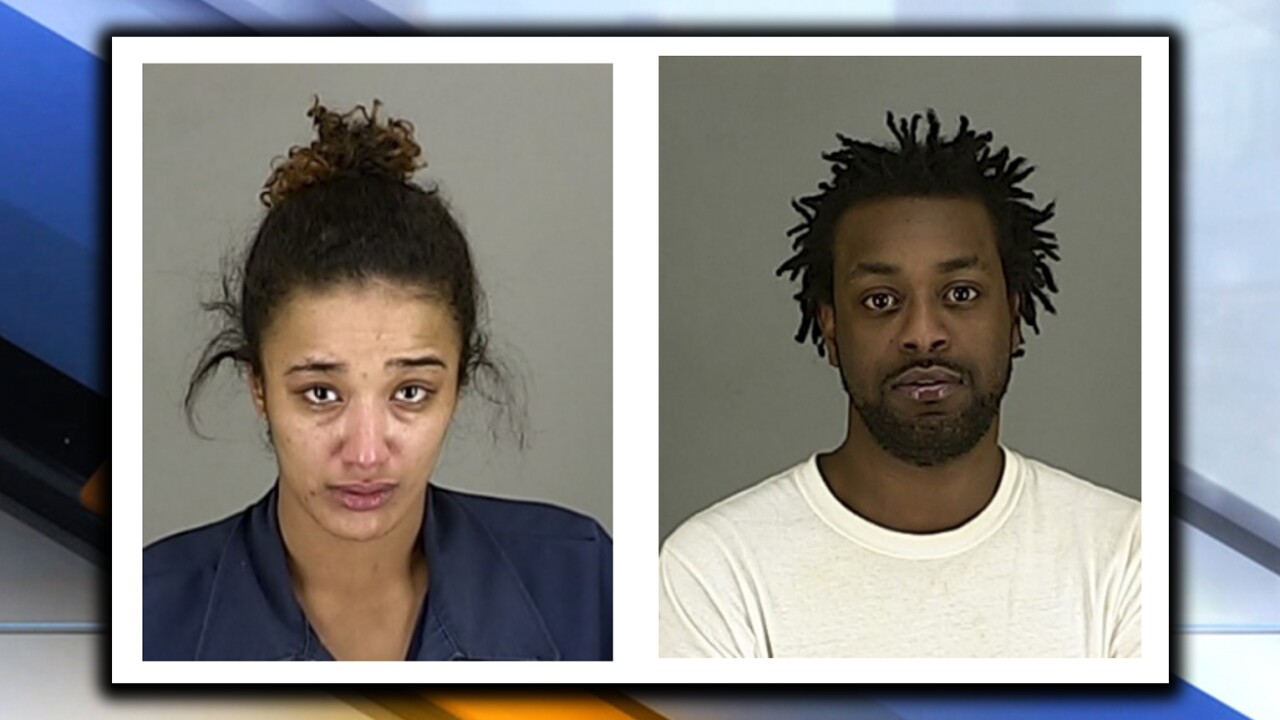 AKRON, Ohio — A man and woman have been arrested for a crime spree in the Akron area connected to an adult escort service website, according to the Akron Police Department.

The two were arrested Tuesday afternoon in the 1100 block of Seward Avenue by the Northern Ohio Violent Fugitive Task Force.

Last week, Akron police issued a warning to the public advising them to stop using the adult website skipthegames.com.

Authorities said several people arranged to meet someone they met on the site only to be threatened and robbed.

In one such incident, a 70-year-old man drove to the 800 block of Sheridan Avenue to meet an escort. When he arrived, he was met by a woman and a man who threatened him at knife-point. The man and woman then forced the 70-year-old to drive around to local ATMs to withdraw money. The man managed to escape when the two individuals forced him to go inside a store with them.

Lenoir and Gulley are scheduled to appear in Akron Municipal Court for an arraignment Wednesday.