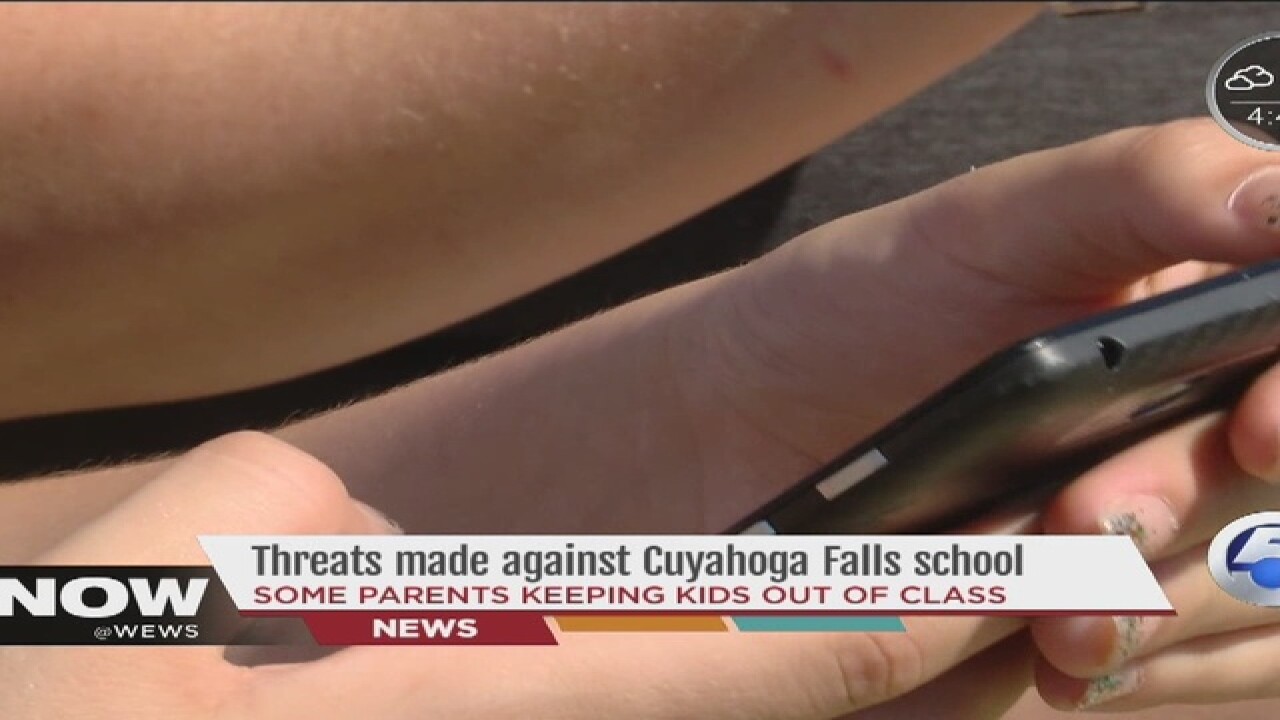 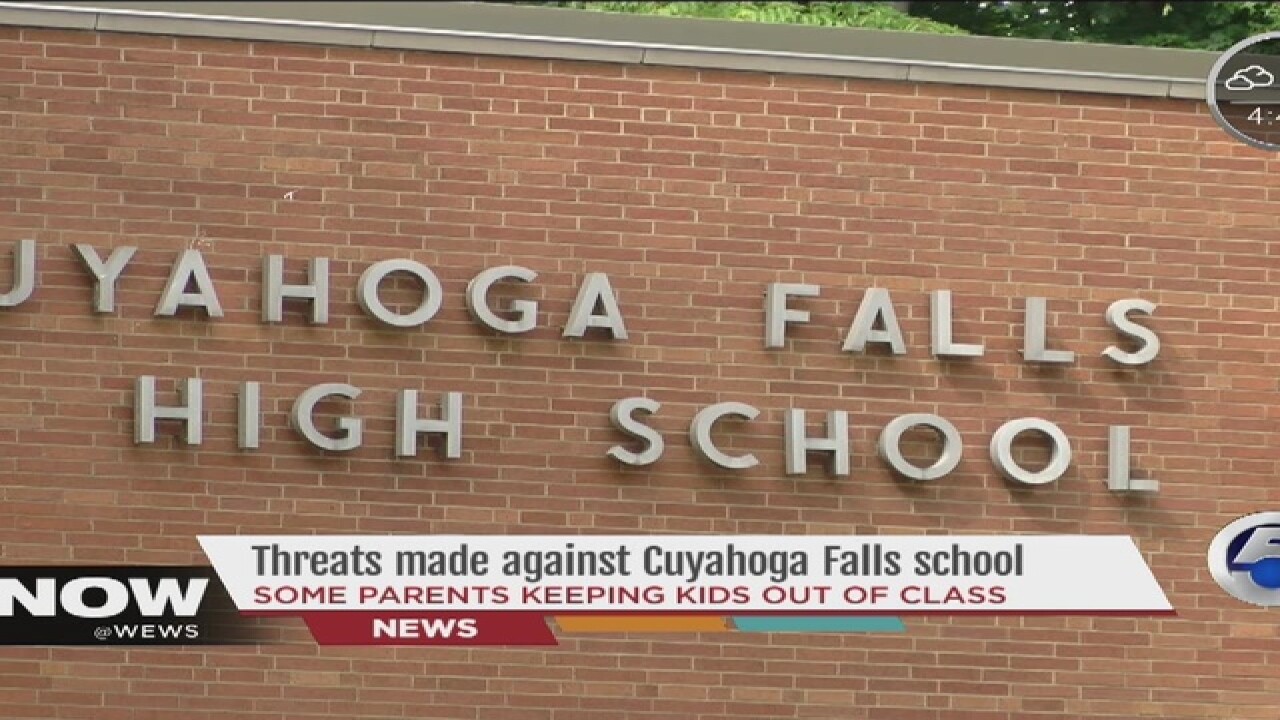 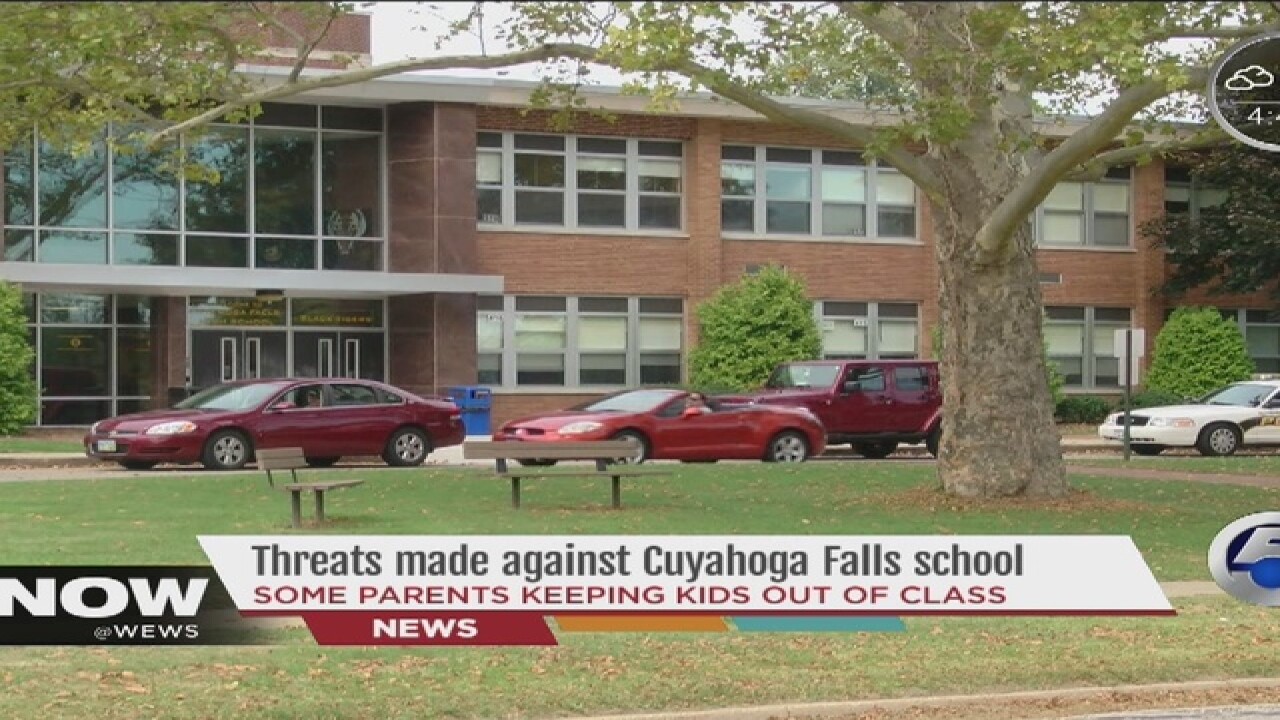 Several students at Cuyahoga Falls High School missed class on Friday due to threats of gun violence sent on social media this week.

The threat was sent after a fight broke out after school hours near the high school, according to Cuyahoga Falls police. Police said school staff intervened to break up the fight.

The following day a student involved in the fight sent a message on Facebook threatening to "shoot the school up."

The district's superintendent, Dr. Todd Nichols, said once the school was made aware of the threat they worked with Cuyahoga Falls police to locate the sender.

On Wednesday police and school officials identified the person responsible and arrested a 17-year-old juvenile.

"We did take it absolutely seriously and as a result it ended in a very quick arrest," Nichols said.
However, several students and parents told newsnet5.com's Meg Shaw they didn't feel comfortable at the school. As a result, nearly 15 percent of students missed school on Thursday and Friday.
"I don't understand how they're expecting any type of real education to happen with our kids being in fear," Theresa Schuman said.
Another parent said the school district didn't take enough precautions.
"I'm scared. I don't want to send her. Our jobs as parents is to protect our kids and that's what I'm going to do," Jeanne Daugherty said.
Students at Cuyahoga Falls High School were put into "place and secure mode" on Friday as a precaution for the threats.
"Place and secure situations is quite frankly something we use fairly often and all it means is limited hall passes," Nichols said.