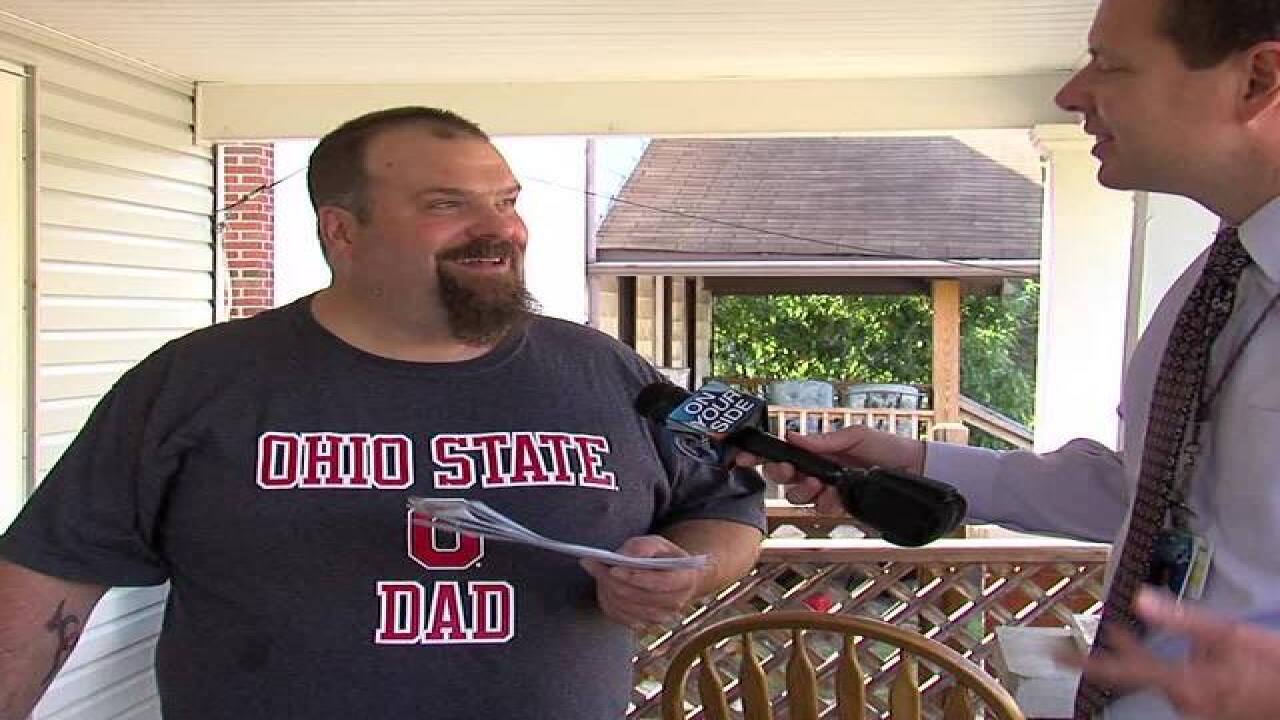 At least seven convicted sex offenders recently moved into a home on Akron's east side causing neighbors to wonder why they didn't receive notification from law enforcement.

The home is located on Upson Street near Summa Akron City Hospital. The Summit County Sheriff's Department was notified that as many as 12 sex offenders could eventually move into the property.

Pat McEuen, 45, lives across the street and was stunned when he learned from a newsnet5.com crew about his new neighbors with criminal records.

"It's upsetting me greatly now that I'm hearing it. It's infuriating me more," McEuen said. "What's the deal? I think I have a right to know as an owner of a house in the neighborhood that has children."

RELATED | Recovery home near Chardon Square, some residents not happy

Summit County detectives said the home is operated by The EXIT Program, and the law doesn't require neighborhood notifications about the current residents because the men are not considered sexual predators or Tier III offenders.

The county mails notifications to residents living within 1,100 feet of sexual predators or Tier III offenders.

In the Upson home, six of the men are labeled as Tier II offenders without notification specifications. One is labeled a Tier I offender and another is considered a sexually oriented offender.

Online county records show that two of the offenders were convicted of sex crimes involving minors.

Yolanda Parker runs Links Community and Family Services on Upson Street and was also surprised to learn of the sex offender group home.

"We have a lot of children that move through the neighborhood in between the ages of 5 to 18 and so that would be a great concern for me," Parker said.

Inspector Bill Holland said the county can't do anything to prevent the cluster of sex offenders from living in the same place and they're not violating the law since the home is not located within 1,000 feet of a school.

"We get complaints from citizens saying there are 12 sex offenders that are moving in on my street. There's nothing we can do about it if there's nothing that restricts them from moving into that home," Holland said.

The EXIT Program provides transitional housing for low risk, formerly incarcerated men and women in Columbus, Akron, Cincinnati, Chillicothe, and Mansfield, according to its website.

"The mission of The EXIT Program is to help homeless ex-offenders successfully transition back into the community upon release from prison by providing housing and supportive services to help them rebuild their lives and became law-abiding citizens," the site explains.

The man in charge of the program at the Upson house did not return multiple calls  from newsnet5.com for comment on this story.

Holland said about 24 convicted sex offenders were living at a home on Delia Avenue in Akron, but were forced to move after the city condemned the property due to structural problems.

Some of them moved to another home on Delia Avenue.

Five others have now registered at the Upson address, but deputies have received information about two others living there.

Holland said it can be costly when sexual predators or Tier III offenders move to different locations within the county because it's an unfunded mandate for departments to send out the mailers to neighbors.

For example, it cost Summit County $1,388.17 to send out mailers after four of the sex offenders moved from one house on Delia Avenue to another on the same street.

Residents like McEuen would like to learn more information about the sex offenders who now live nearby.

He was already concerned because he has received notifications over the past three years about nine different sex offenders who live within 1,100 feet of his home.

"We don't need this. I know they need some place to live, but not here," McEuen said.