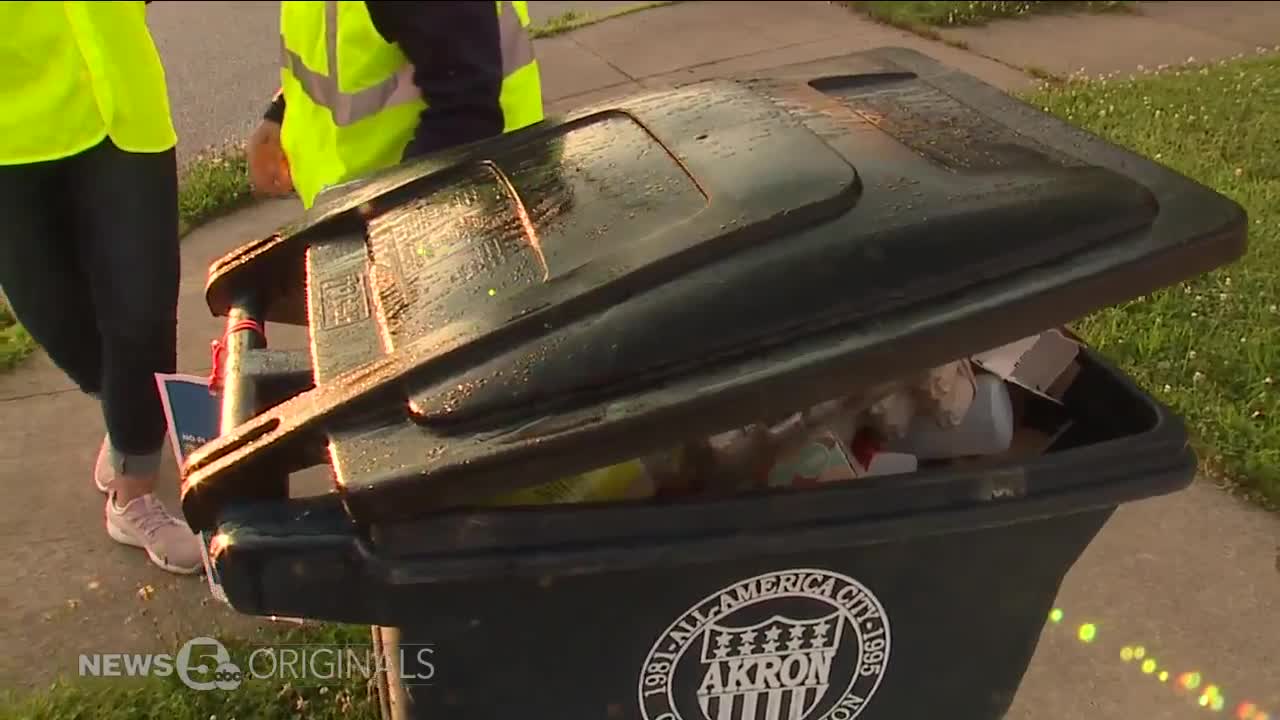 For the past four weeks, crews in Akron have been canvassing neighborhoods to get a handle on the city’s recycling contamination problem. 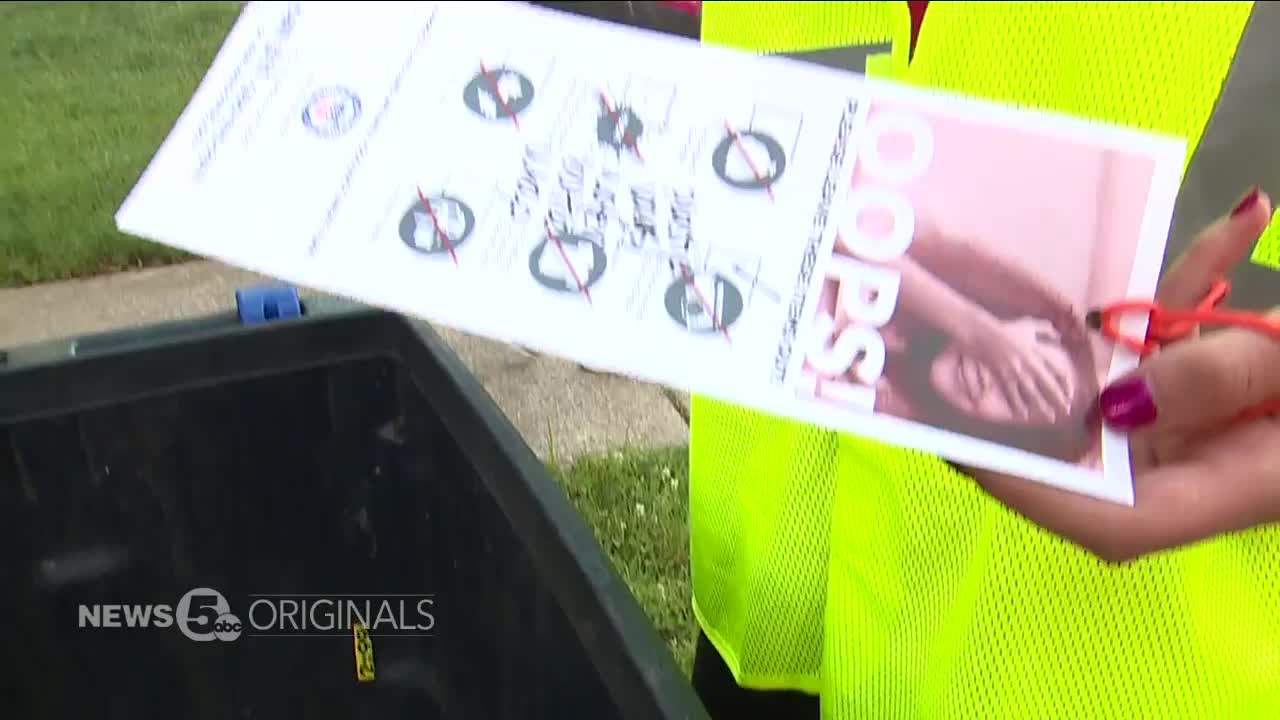 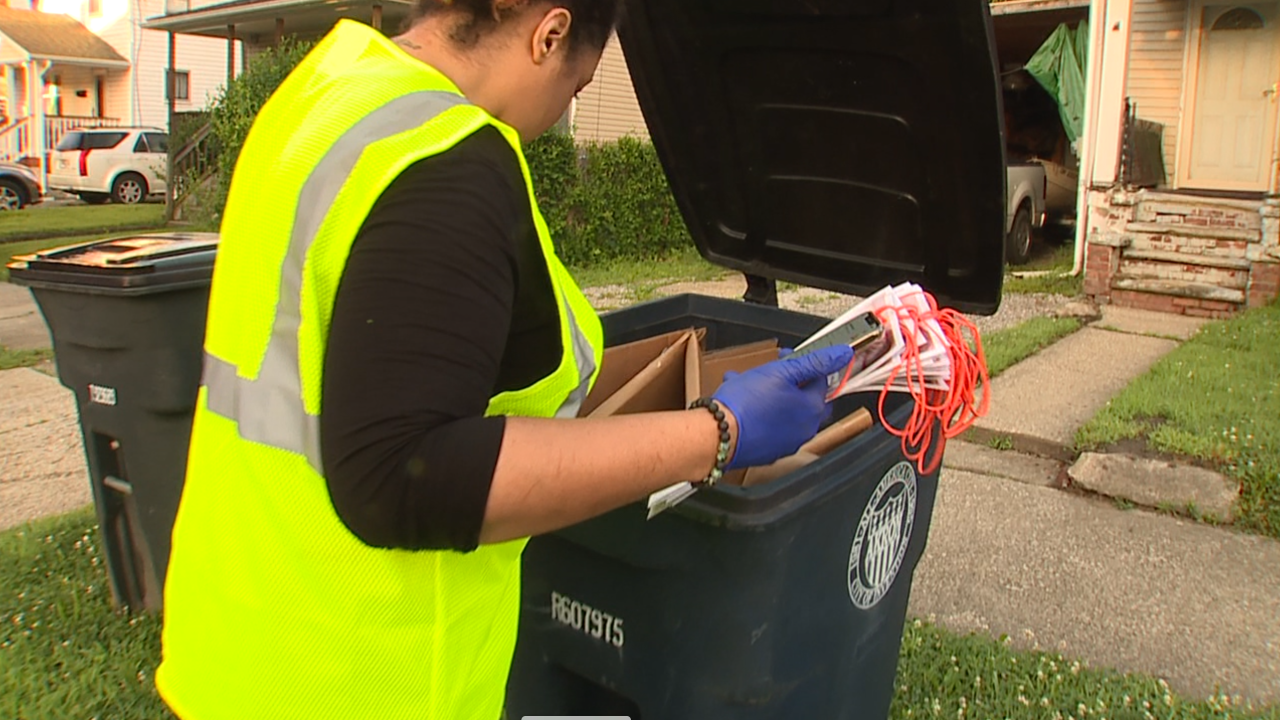 AKRON — We all know that we should recycle. It's good for the environment and helps cut down on what goes into landfills. But the contamination rate of all recyclables across the country is 25% and in Akron its even higher.

For the past four weeks, crews in the city have been canvassing neighborhoods to get a handle on the city’s recycling contamination problem.

To put that into perspective, 44% is where Toledo’s contamination rate was about two years ago when the city was asked to leave its local recycling program.

“We don’t want to know what happens when we get to 44%,” Flaherty-Ricchiuti said.

Now, Akron is participating in the Recycle Right campaign with crews going bin to bin to crack down on that contamination issue.

Workers are looking for six main contaminants in recycle bins like plastic bags or food or liquid.

Any bins that have those items get a tag and the homeowner has the chance to recycle right in the following weeks.

“When I mark this, because I only see that one, I’m gonna just make a note “no plastic bags” so hopefully when they look through it they’ll see that even though there might just be one,” Alexis Holt, a volunteer, said.

The information is also marked on an app.

Then, all of that data is reviewed at the end of the fourth week crews have been checking a particular neighborhood.

Anyone who has three blatant offenses will have their bin taken away, but rather than a punishment, the goal is to educate.

“People don’t know that pizza boxes that have grease on them, even though its cardboard, its contamination. People don’t know, oh plastic bags say recyclable on them, but they can’t go in your cart,” said Johanna Barnowski, Community Outreach and Program Manager of Keep Akron Beautiful.

And so far, it seems to be working.

“We’ve noticed since we started week one we were tagging 30% of the carts, and we’ve cut that almost in half. We’re now tagging 18% of the carts that we are seeing in these neighborhoods,” Flaherty-Ricchiuti said.

Not everyone is on board, but others are embracing the new system.

“This is something very important that people separate the things. So if you do it all, it goes to the right place,” Artis Williams, an Akron resident, said.

The cycle will repeat itself, with workers focusing on a new set of neighborhoods in four week increments until the program ends on Aug. 26.

The city of Akron will also be launching a new app where residents can search specific items to check if its recyclable.

That’ll be available to download in the next few weeks.