Upcoming horror film to be set, filmed in Akron, Cleveland 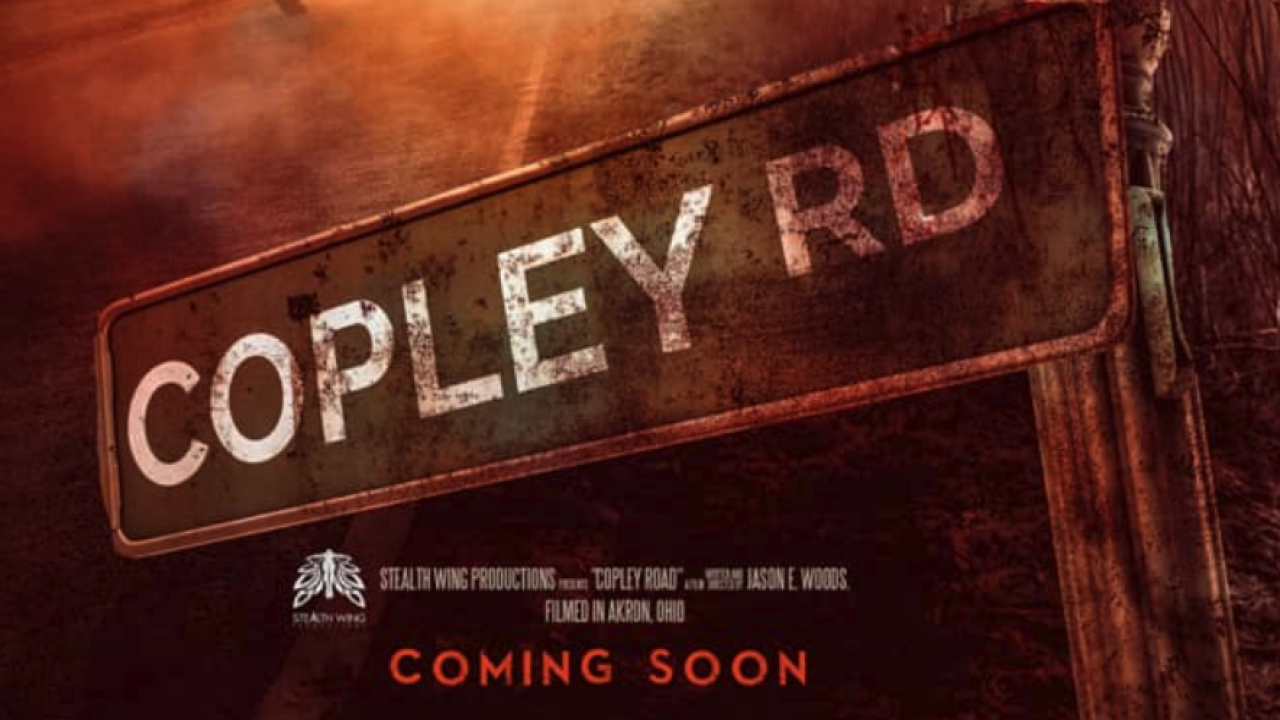 AKRON, Ohio — Horror movie fans in Northeast Ohio will want to keep their eyes peeled for an upcoming film set in Akron and Cleveland.

“Copley Road” is a horror anthology series that will consist of five short films that will tie themselves together around a central plot. The series will follow five strangers and how their lives intersect following a paranormal experience involving a fatal hit-and-run on none other than Copley Road.

Jason Woods, the writer, director and executive producer is returning home to Northeast Ohio to shoot the horror film.

Born and raised in Akron, Woods moved to Los Angeles to pursue his career. He said it was his childhood dream to film in his hometown and now that the opportunity has presented itself, he is making those dreams come true.

“We’re doing this film but this film is part of a phase of a bigger vision. We’re trying to create a platform to help inspire and empower people in Ohio, specifically the Cleveland-Akron area, to be able to pursue their dreams,” Woods said.

The Buchtel High School graduate said the film is in its pre-production phase right now, but filming has been scheduled for 2020.

“Copley Road” has a dedicated Facebook page for fans to follow the film’s progress. On the page, a description of the series is posted.

Here is an excerpt from the description:

Paul Grant, (18), a young high school graduate who makes a huge mistake. A night of partying with his soon-to-be-famous athlete cousin, Jay Landon, (18), leads to the accidental death of a mysterious old man. Now their futures are at stake as they come to terms with the gravity of their actions. Contemplating their next move, they soon discover a presence following them that they cannot explain. This presence is relentless. It’s suffocating. It’s pure evil...

Woods said that once the film is produced he hopes that the release will include multiple formats.

“It could be a limited theatrical release or it could be some form of streaming or DVD,” Woods said. “We definitely want it to be seen in theatres around Ohio.”

Before Woods and his crew can begin to think about where the movie will be shown, they have a lot more work to do in the pre-production phase. Once they move on to the production phase, however, Woods said they will continue their goal to create a bigger platform for Northeast Ohio.

“We’re going to be doing auditions in Akron and Cleveland, just trying to create jobs and opportunities for local artists and crews,” Woods said. “We’re also looking to partner with local businesses in the area for things like product placement or location and even looking at local recording artists. We just really want to celebrate the culture of Northeast Ohio.”

While production isn’t slated until next year, those interested in being a part of the film, or just looking to keep up with its progress can follow the film’s Facebook page here.

Woods said that anyone with inquiries about the movie, whether it be about casting or about representation in the movie, can send an email to stealthwingproductions@gmail.com.

In the meantime, mark your calendars and prepare to see camera crews around Northeast Ohio next summer.