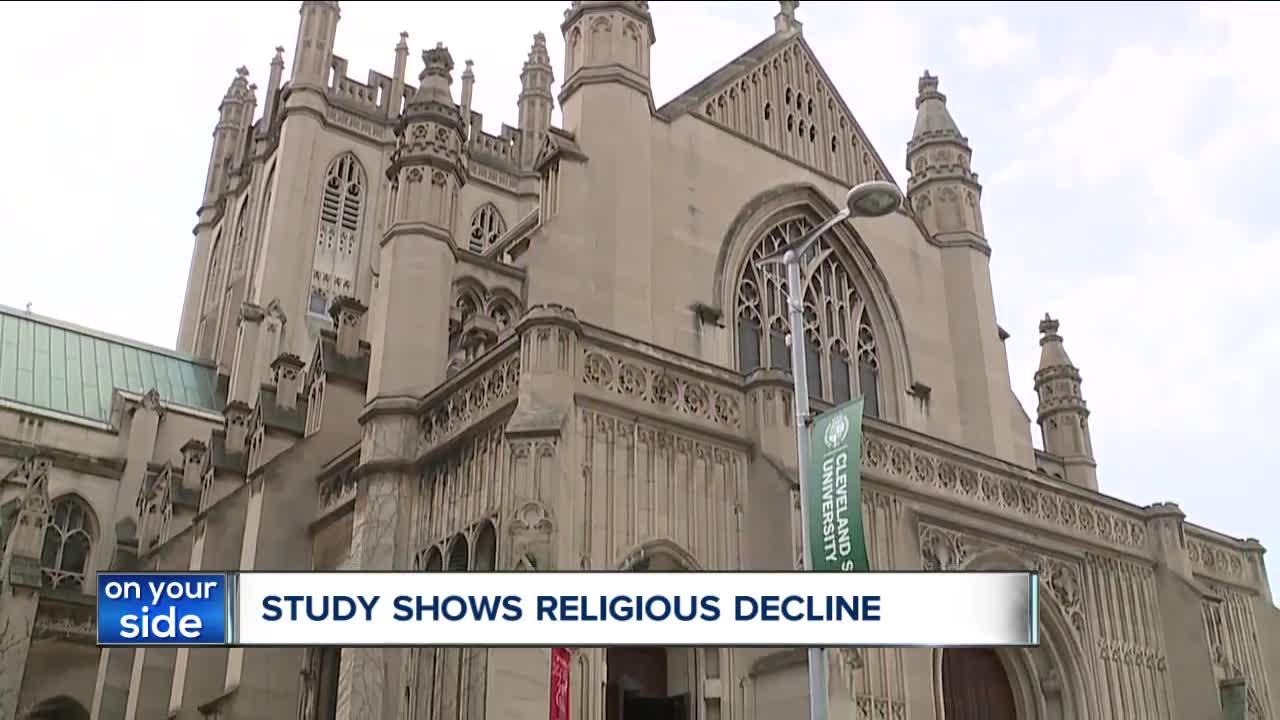 Religion across the country is on the decline. 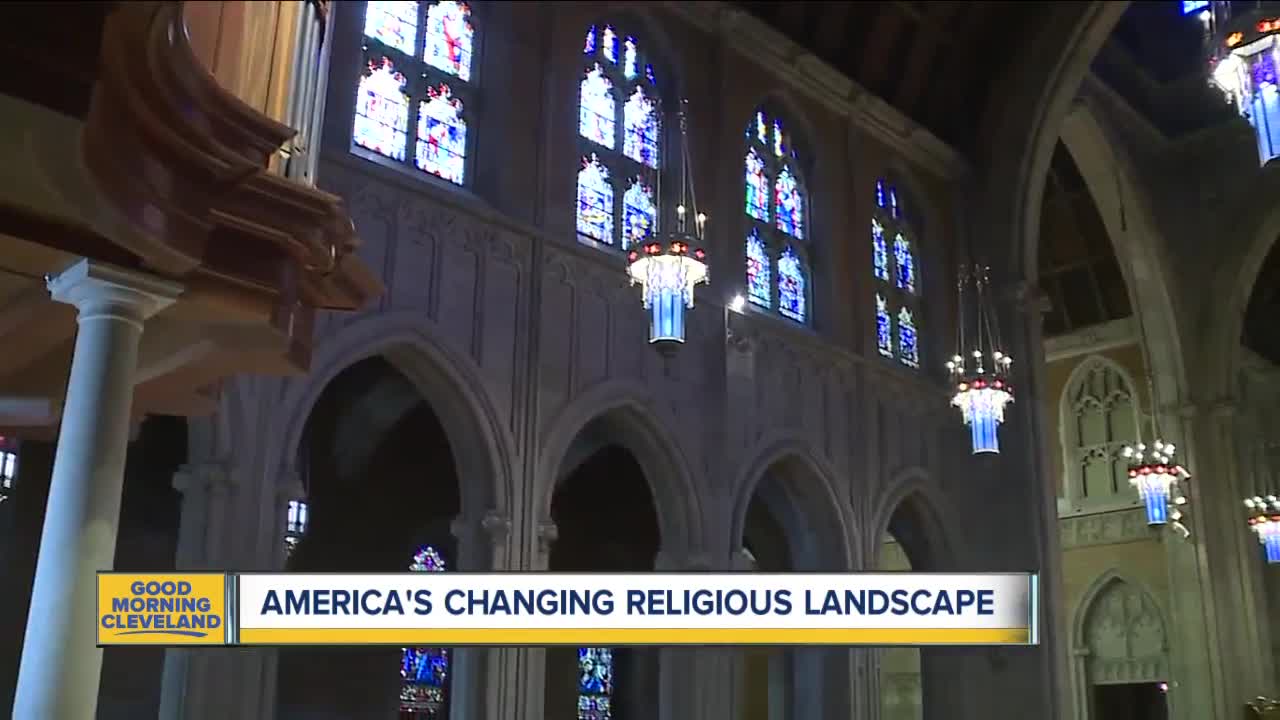 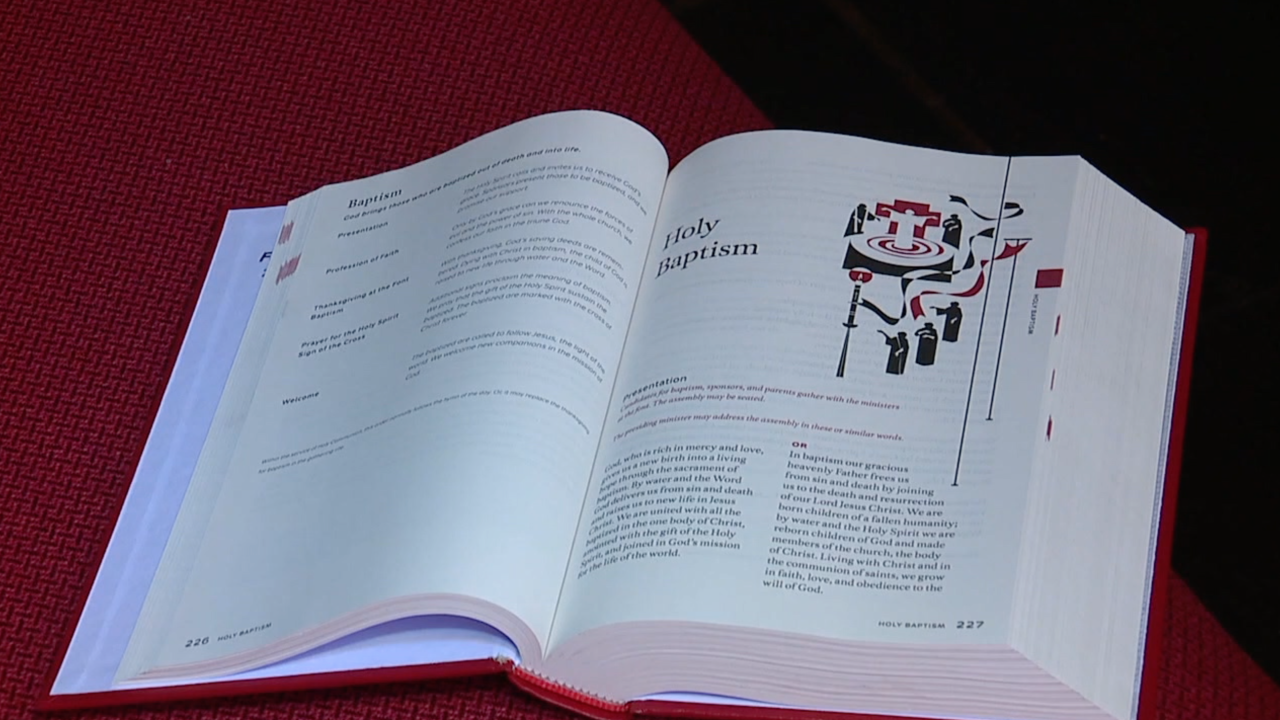 CLEVELAND — Religion across the country is on the decline.

According to a recent study by the Pew Research Center, Christians make up 65% of the U.S. adult population - that's down 12% over the past decade.

People who don't identify with any religion are on the rise - now making up more than a quarter of the population.

Those numbers sound drastic, but Timothy Beal, Professor of Religion and the Chair of the Department of Religious Studies at Case Western Reserve University, says they're not very surprising at all.

Religion has been trending downward for decades - especially with younger generations.

In that study, the center found that compared to more than 75% of Baby Boomers, just less than half (49%) of Millennials describe themselves as Christian. Another 40% identify as either atheist, agnostic, or "nothing in particular". The rest (9%) say they belong to a non-Christian faith.

Beal says there are several different factors in play when it comes to those trends. For one, there's less social pressure on younger people to identify as religious. Also, other institutions in our communities have taken over the roles that churches and religion typically would.

"So things like CrossFit, and SoulCycle and Pure Barre. These provide community and there's a kind of ritual structure to what they do together. I've heard stories of you know, CrossFit leaders and Pure Barre instructors getting ordained so they can perform weddings or funerals for members in their community,” Beal said.

Beal says another reason behind that decline might be that people feel they can't question teachings or positions within religion.

He expects the downward trend to continue, but believes if religious leaders welcome those questions, people could return to religion.