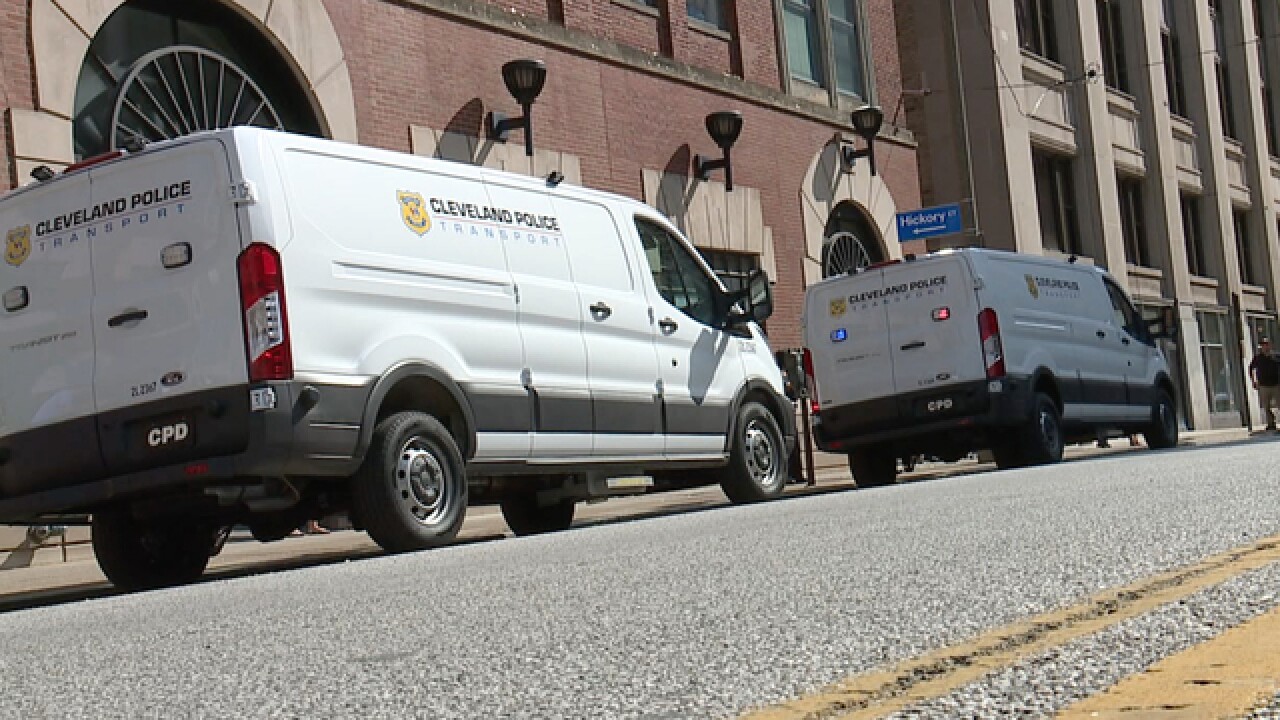 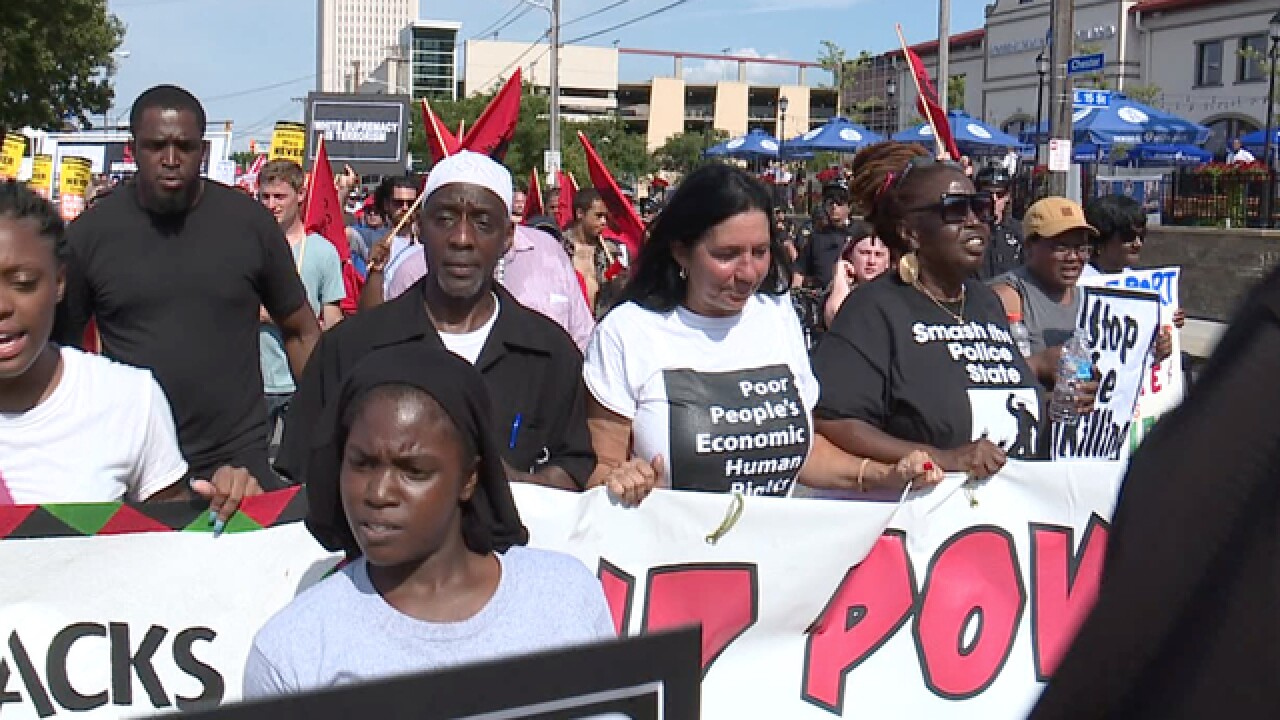 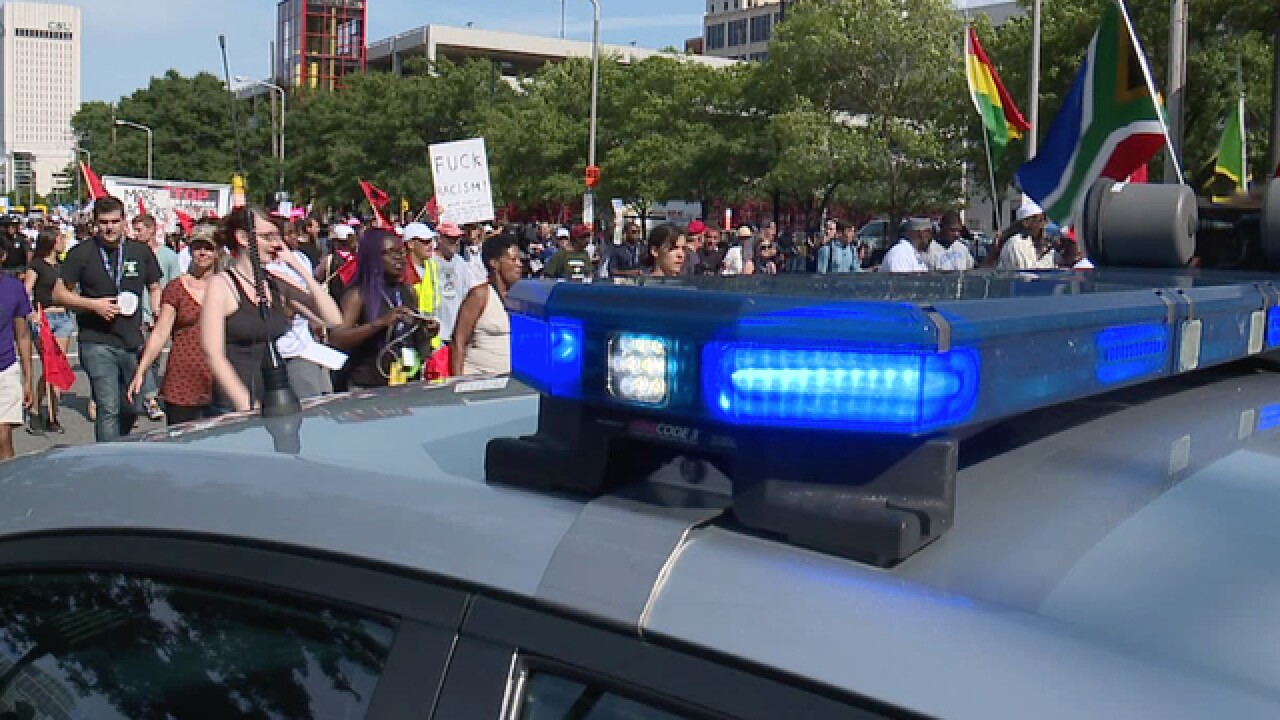 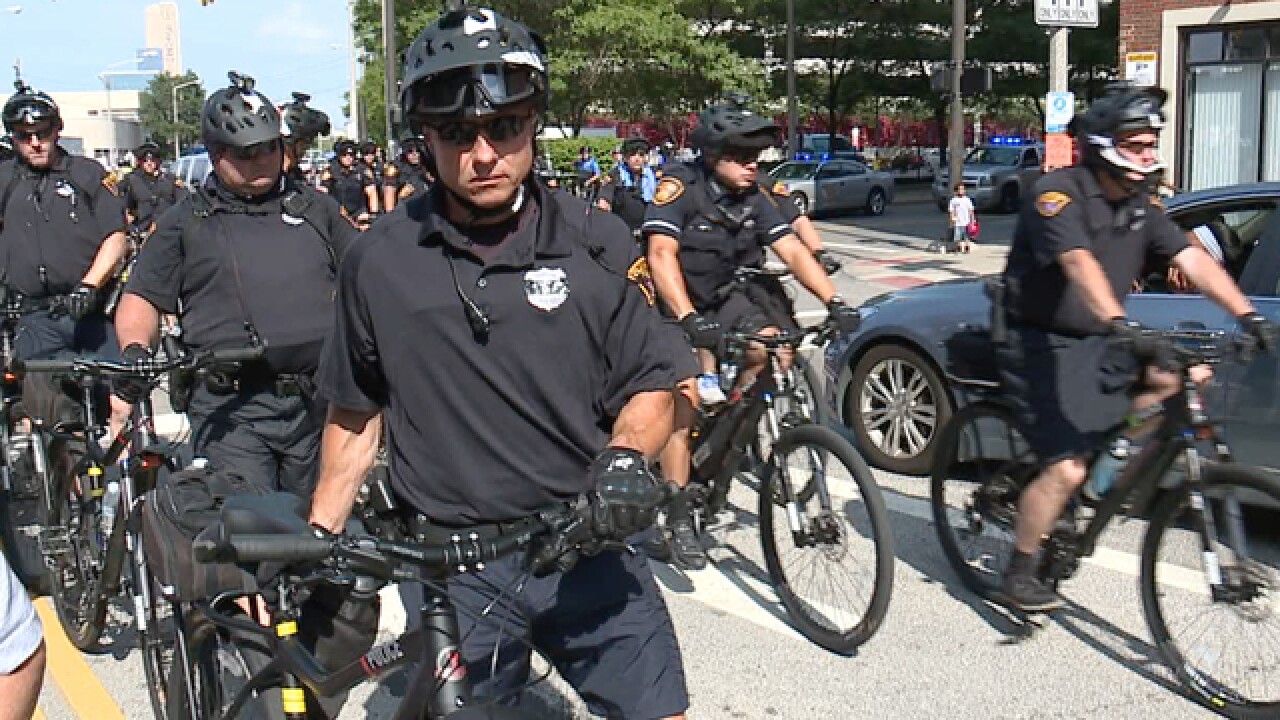 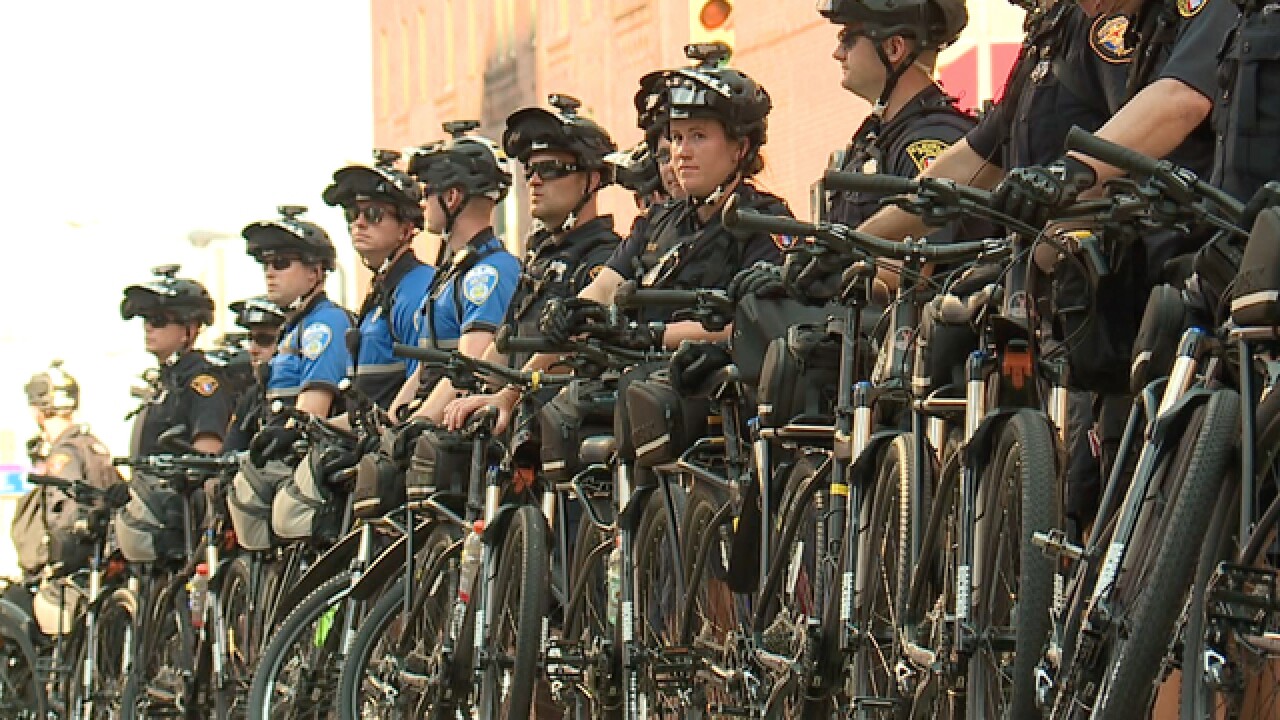 Cleveland's Republican National Convention has already seen more than a half dozen scheduled protests, and so far protesters report police tactics have so far been fair.

The Cleveland Police bike unit has played a key role in protest march control, using bikes to create boarders on either side of the on-going event as it makes its way down streets.

Officers can also be seen video taping the protesters to document the activity,

Police transport vehicles, to hold the arrested, moved along the curb.  The vehicles were on the scene to act as mobile holding cells along the protest route.

The police mounted unit is later brought in at the end of a protest as a way to disperse the crowd.

"They gave us no problem in terms of marching in the streets," said Bresler.  "They followed along, they were not obtrusive.

But Black on Black leader James Avery said he was a bit stunned at how many officers were deployed based on the number of protesters during today's events. He said maybe too many resources were being used for a protest group of about 300.

"Everybody was down here, I mean who was protecting the city," said Avery.

Peace in the Hood CEO Khalid Samad said he understands why police presence was so strong during day one of the convention.

Two protests were canceled today along the designated protest route at the Lorain-Carnegie bridge,
but there were dozens of officers on stand-by just in case.

"They're have been all sorts of incidents that have taken place at these large gatherings, so an ounce of prevention is worth a pound of cure," said Samad.

Three more protest marches are set for the official protest route over the Lorain-Carnegie bridge tomorrow.

Several protest speakers and events set for Perk plaza starting at 9 AM.