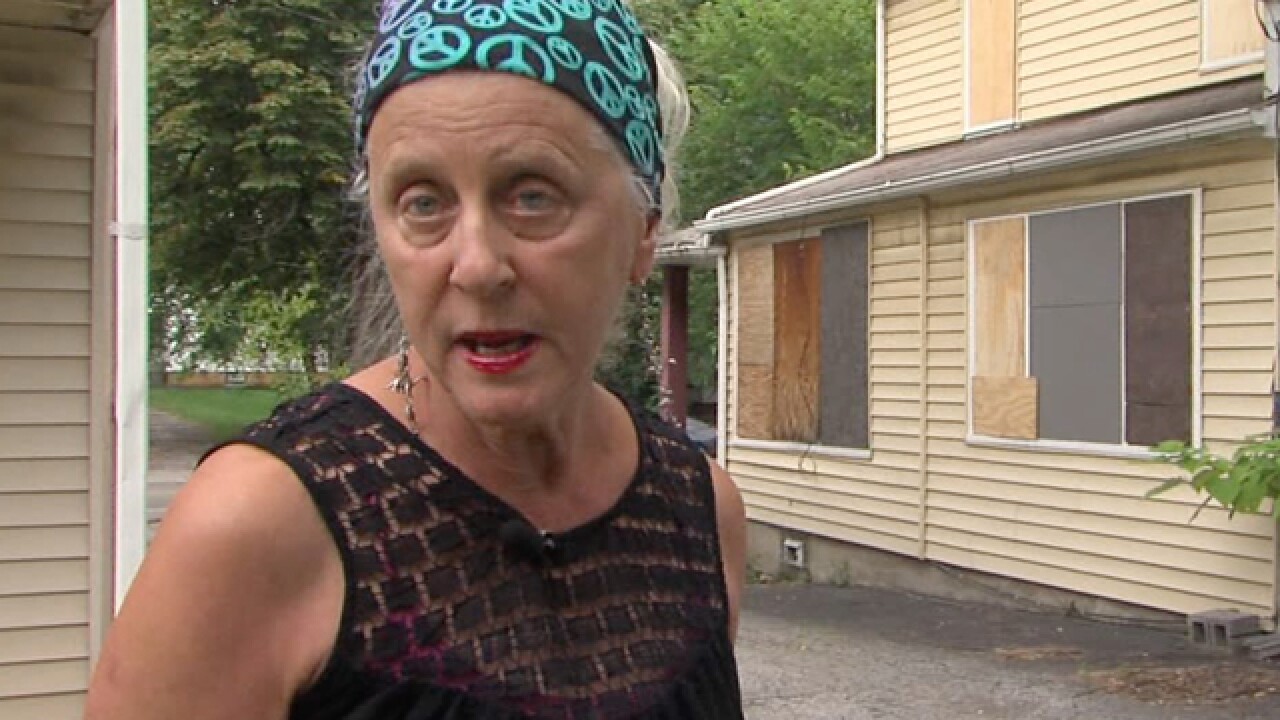 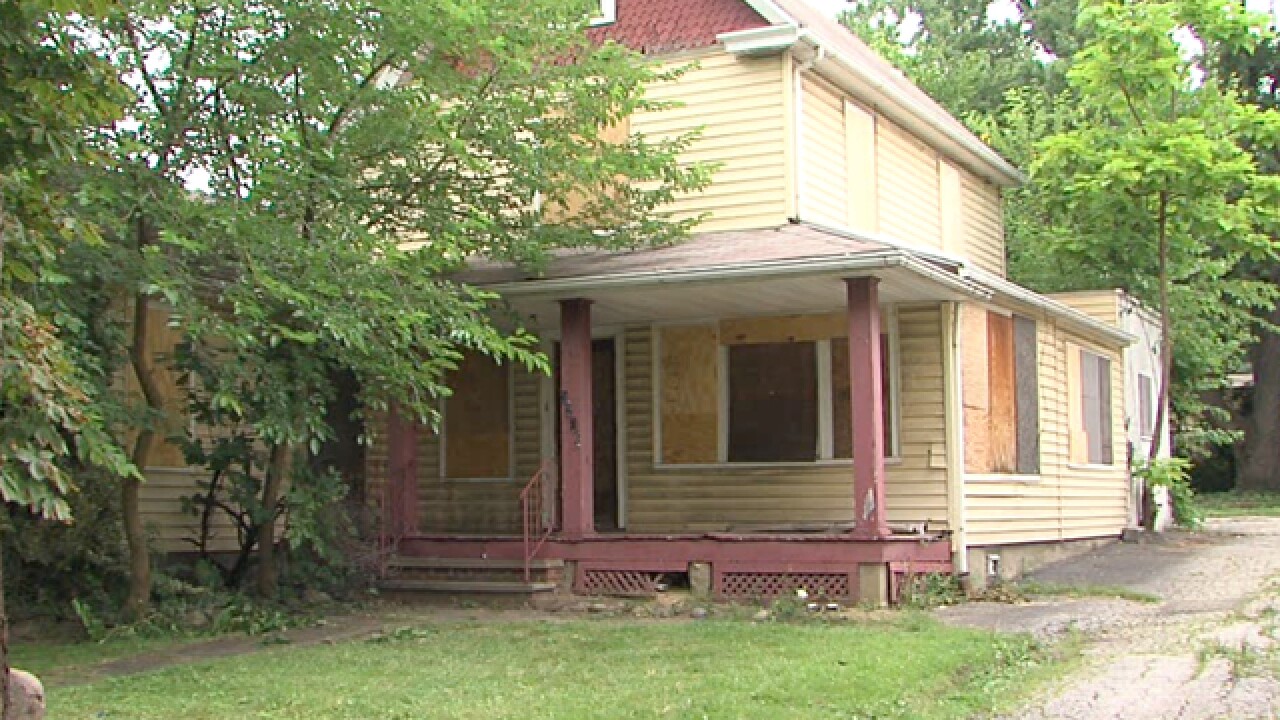 Residents living along Denison Avenue in Cleveland are fed-up with a potentially dangerous vacant home in their neighborhood.

Connie Davis owns the house right next-door to the abandoned home, and says the house, located just 500 feet from Denison Elementary School, has actually been owned by the Cleveland Municipal School District for the past several years.

Davis says the district purchased the home in an attempt to build a new elementary school, but when the project failed, the house continued to decay and remain unoccupied.

Davis and other neighbors say they have repeatedly tried to get the City of Cleveland to condemn and tear down the home, but have been given few answers.

Residents are concerned for the safety of school children, and children playing at the school playground.

"It's a zombie property, that is not occupied, that sex offenders could hold up in and kidnap children, and there's the school right behind us," said Davis. "I want this house torn down. It's nine years tomorrow, and people from the school district only said they're looking into it, they're working on it."

Cleveland Councilman Brian Cummins pledged to investigate the vacant home hazard, which had Cleveland police responding to the scene on July 23, after squatters illegally living in the home were involved in a fight.

Cummins said he will continue to pressure the city and Cleveland Schools to finally have the house demolished.

News 5 contacted Cleveland Schools about this situation, and it responded quickly, even though the district could not give us a time table on when the home will be taken down.

"We have confirmed that the property you inquired about is owned by the District.

I have also confirmed that following a complaint today, CMSD police evicted squatters who illegally entered the property.  Immediately afterward, CMSD Trades carpenters were on site boarding up the entry point and securing other weak spots.

The building is slated for demolition, but the District does not yet have a timeline for when it will occur. The structure, in the meantime, has been inspected and found to be sound and not subject to collapse.  A District contractor mows the lawn on a regular basis.

Other than this complaint of illegal entry into the property today, neither our Operations Division nor administrative offices have received any other complaints about the house."

News 5 will continue to follow-up on this developing story, and bring you updates as soon as they are available.