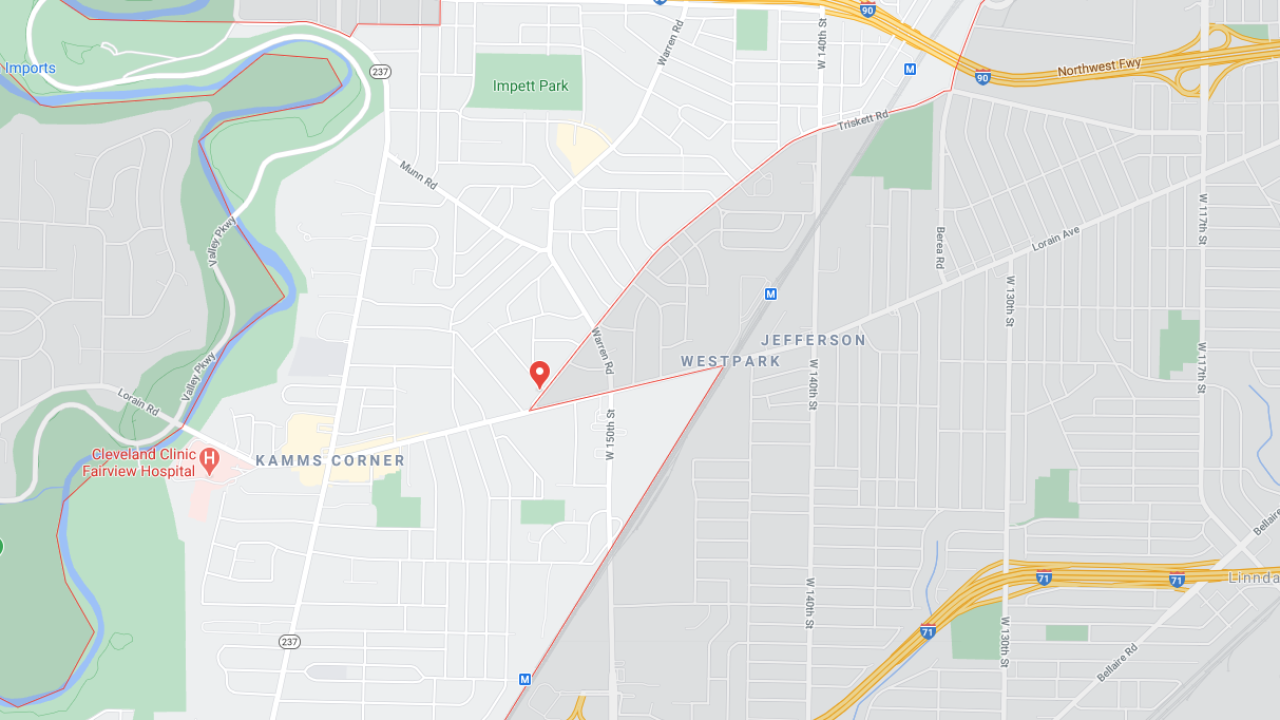 Photo courtesy of Google Maps.
Maps of the area on Triskett Road where a 19-year-old was shot and killed.

CLEVELAND — A 19-year-old who was on his way back from a memorial service was shot and killed in a drive-by shooting Monday night, according to a news release from Cleveland police.

Officers responded at around 8 p.m. to the 15000 block of Triskett Road for shots fired.

The victim, a 19-year-old male, was found with multiple gunshot wounds inside of a vehicle that crashed into a fence inside of a parking lot, police said.

The victim, who has not yet been identified, was taken to Cleveland Clinic Fairview Hospital where he was pronounced dead, according to police.

Preliminary information indicated the 19-year-old victim left a memorial service and was traveling inside a vehicle with another male when an unknown vehicle pulled up and began firing at them. The male who was traveling with the victim exited the vehicle and fired back at the other vehicle before leaving the area on foot.

The victim’s vehicle then struck two other vehicles and crashed into a fence, police said.

This homicide remains under investigation.